Please ensure Javascript is enabled for purposes of website accessibility
Log In Help Join The Motley Fool
Free Article Join Over 1 Million Premium Members And Get More In-Depth Stock Guidance and Research
By Matthew DiLallo - Mar 8, 2015 at 8:15AM

America’s oil storage depots are quickly filling up, leaving the country with only one less-than-ideal solution to get rid of its excess oil.

Quickly filling up
According to the U.S. Energy Information Administration, about 60% of the country's working storage capacity is filled, which we can see in the chart below. 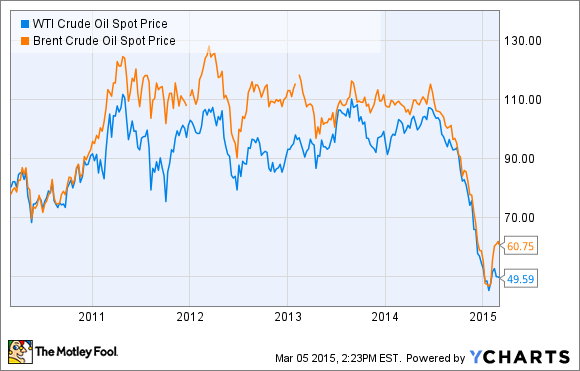