Rule No. 1 of drug development: Do as the Food and Drug Administration says.

Rule No. 2: Keep your drugs under patent as long as possible. 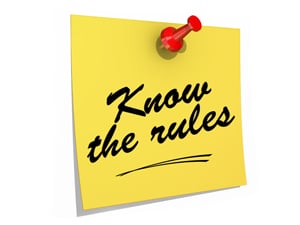 Get 'em approved and keep selling 'em once they're on the market. Sure, there are details involved in accomplishing each, but from a high-level view, it's that simple. Except when the two are polar opposites, as Orexigen Therapeutics (NASDAQ: OREX) seems to have found out.

Earlier this month, in an SEC filing, the biotech disclosed interim data from the Light study, which is being run to exclude the possibility that Orexigen's obesity drug Contrave causes heart problems. In theory, it could even show that the drug helps patients have fewer cardiovascular events -- strokes, heart attacks, and the like. The main goal of the study, however, was to help Orexigen and its marketing partner Takeda get the drug on the market after the FDA rejected Contrave in 2011.

The agency agreed that Orexigen could use data from the first interim look that was scheduled to take place after 25% of the total cardiac events expected for the trial took place. In November 2013, Orexigen announced that the trial had met the safety threshold, concluding that it was likely that the drug didn't double the cardiovascular risk.

Beyond that, investors were blinded to the data because the trial was still ongoing. If the data was revealed, it could cause patients to drop out of the study, especially if Contrave was actually producing a clinical cardiovascular benefit. Who would want to risk being stuck in the placebo group if they know the drug is helping patients? Conversely, people might drop out of the study if Contrave appeared to be doing harm, but the level wasn't high enough to stop the trial.

Unfortunately, while the data wasn't publicly announced, it appears Orexigen's management told a few too many people at the company the results of the initial interim peek at the data -- breaking rule No. 1 of drug development -- and the FDA decided the trial was compromised, and therefore couldn't be used to prove that Contrave produces a clinical benefit. Orexigen and Takeda have to run another clinical trial to satisfy post-marketing requirements.

While the FDA was clearly miffed about the disclosure to too many people, Contrave was approved last September because the data that the approval was based on -- the first interim look -- wasn't compromised, since the disclosure took place after the data was computed.

As it turns out, the data was good. Really good. So good that Orexigen decided to use the data to file a patent claiming that Contrave can help improve cardiovascular outcomes.

Orexigen probably could have kept the data out of the SEC filing and just said it had a new patent, but because the patent is publicly available, investors would have found it anyway. Putting it in the SEC document gave investors equal opportunity to see it, which in my opinion was the fair thing to do.

What to do now?
The Light study is ongoing and has reached enough events -- 50% of the total events -- to take the second scheduled interim look. The data-monitoring committee will look at the data, and then tell Orexigen if the study should continue on, or whether it should be stopped for positive efficacy or negative safety.

Based on the first interim data, you'd think there's a strong likelihood of being stopped for positive efficacy, but keep in mind that the first look was based on a small number of events -- 35 isn't that far from 59 in absolute terms. With double the number of events, the difference might not be statistically significant.

Since Orexigen has to run another trial anyway, the data isn't going to be all that useful. Now that Orexigen has secured rule No. 2, the biotech's best move at this point might be to stop the trial and start working on its relationship with the FDA. Someday, it might want to get a second drug approved after all.