After all, Boeing has 3D printed more than 20,000 aircraft parts that are flying in the skies today. 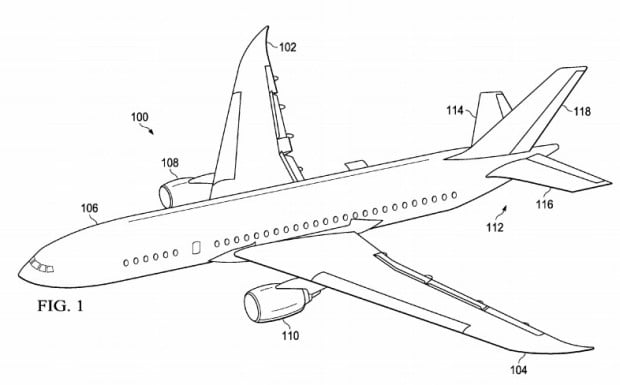 A few weeks ago, Boeing (BA 1.22%) filed a patent application for manufacturing aircraft parts with a 3D printer. The application outlines a detailed process of turning a 3D design file into a 3D printed object through a central database management system that Boeing and its customers can use to fulfill spare part orders.

A Boeing spokesperson told GeekWire the aviation giant has been using 3D printing since 1997, and it currently 3D prints approximately 300 nonmetallic parts across 10 different aircraft platforms. In total, this equates to more than 20,000 3D printed parts flying in the skies today -- components that can essentially be replaced with a push of a button and a high-end 3D printer located anywhere in the world.

Solving a problem
To understand the value 3D printing offers to Boeing and its customers, the patent application cited a major challenge facing aircraft operators today:

However, storing an inventory of extra parts either at an aircraft manufacturer or at a client may use an undesirable amount of resources.

On a high level, 3D printing is an additive manufacturing process that creates 3D objects one layer at time, essentially "growing" parts out of hundreds or thousands of layers, depending on the object's size. Compared to conventional subtractive manufacturing processes, 3D printing doesn't require tooling, which invites design complexity; can reduce lead times and costs; and changes the way inventory could be managed.

In other words, Boeing wants to 3D print more aircraft parts because it offers the potential to significantly improve cost structures and waiting times for itself and customers. With only a few hundred aircraft parts currently being 3D printed across Boeing's aircraft platforms, there's tremendous opportunity to improve that figure, even if 3D printing only grew to represent 1% of total parts in a given a commercial aircraft: 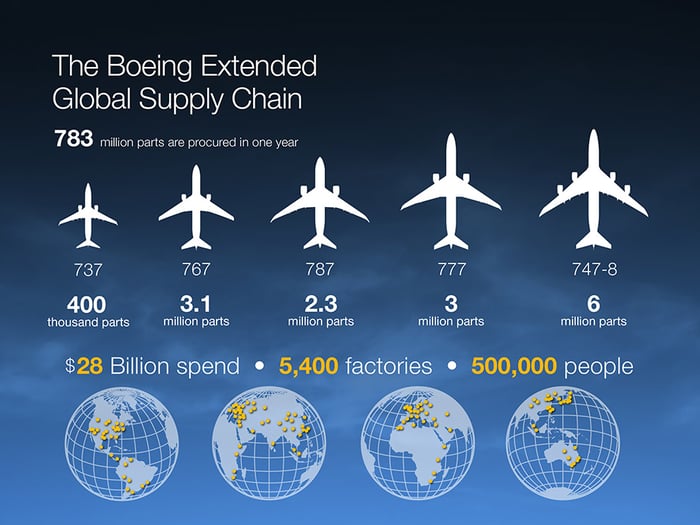 From an inventory management perspective, the following video featuring Stratasys' Ryan Sybrant and myself highlights how 3D printing (referred to as "additive") could disrupt the way inventory is treated from a cash management and resource perspective. The relevant segment can be found between 0:01 and 1:08:

Nonessential, for now
Thus far, only nonmetallic 3D-printed parts have made it inside Boeing's aircraft, suggesting the company is primarily focused on replacing conventionally manufactured components that won't affect a plane's structural integrity. In the future, Boeing might use 3D printing for more mission-critical applications, considering the patent application makes direct mention of a 3D printing data management system that works with metals and metal alloys.

The view from 38,000 feet
As an early adopter of 3D printing, Boeing clearly understands how the technology offers the potential to change the aviation industry for the better. Ultimately, 3D printing gives Boeing the ability to improve how spare parts are made by reducing lead times and costs, a savings that can be passed along to operators, which also stand to benefit from shorter maintenance times.

Although we're a long way from Boeing's next aircraft being entirely 3D printed, the company's embrace of the technology and all the potential efficiency gains that come with it could provide an unexpected tailwind to earnings over the long haul.