Online coupon promoter RetailMeNot (NASDAQ:SALE) is being sued by cosmetics giant Mary Kay Cosmetics for fraudulently offering "discounts" that don't exist. The beauty care company says it doesn't sell products directly to the public so its brand is being damaged from angry consumers whose expectations of getting a deal are dashed. It is suing RetailMeNot in federal court for a litany of abuses including:

It is seeking a permanent injunction preventing RetailMeNot from using Mary Kay's name and trademarks, their removal from its site, unspecified damages, and attorney fees.

On the face of it the lawsuit seems valid. Since Mary Kay says it only sells cosmetics through its network of multilevel marketing representatives, which it calls independent beauty consultants, RetailMeNot's misrepresentation of the availability of its products deceives the consumer into thinking it can get its cosmetics at a reduced price. As a result, the brand is harmed and Mary Kay's sales reps are upset.

Mary Kay's top-selling IBCs, who also bring in the most people to become sales reps themselves, are eligible to receive the company's famous pink Cadillac.

The problem with the lawsuit, though, is that Mary Kay does sell products directly to the public on its website. You can go there now and find some 76 products available for purchase. Sure, it's not their whole catalog, but if you go through the check out process (I did) you get to a page that has space for a "Promo or Event Code." Whether a RetailMeNot user could actually land an online code that worked is unknown, but it would at least seem like a possibility. 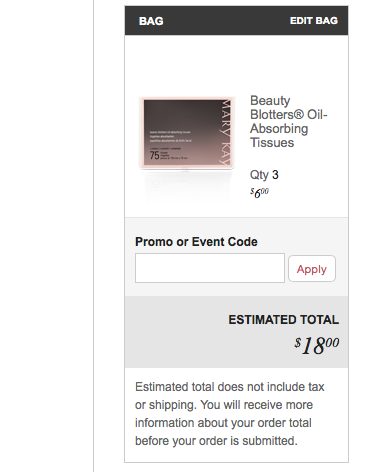 Mary Kay, however, says it does not publish or distribute coupons or discount offers to the general public, and doesn't allow others to do so either.

But if nothing else, RetailMeNot's promotion is at least driving traffic to Mary Kay's site, which you'd think the cosmetics giant would be happy about. It would likely generate some sales and may even hook up a customer with a local beauty consultant.

After all, RetailMeNot describes itself as "a marketplace platform that helps retailers and brands connect with millions of active shoppers anytime, anywhere to drive engagement and sales." In 2014 it claimed more than 697 million consumers visited its sites searching out the 600,000 digital offers it presented each month, a powerful lure to the 10,000 or so retailers it had contracts with, some of which pay it commissions for driving traffic and sales. Last year it generated almost $265 million in revenues, over 90% of which came from commissions.

What company wouldn't want that engagement? One that operates as a multilevel marketing company. While product sales are obviously a component of the business, recruiting more people to become consultants and sales reps is just as important. They may meet sales resistance if consumers start pointing to promo codes or it drives away customers to competitors who do.

But RetailMeNot's problem extends beyond whether it's offering up fake discounts and coupon codes to an MLM site that can't or won't honor them. More than the damage inflicted on Mary Kay's brand, it risks ruining its own reputation for leading consumers to sites for which discounts don't work.

RetailMeNot said in a statement to The Dallas Business Journal it "takes concerns related to third party intellectual property very seriously," but the lawsuit against it has no merit. It maintains it's operating within the law and within the best interests of consumers and its retail partners. Left unsaid are the interests of those sites it's not affiliated with.

While it's understandable it may want to offer the impression there are deals available everywhere to create a critical mass of users on its site, which it can then use as a selling point to attract more paid retailers, it really does no one any good to set them up for failure.

And that's ultimately the basis for Mary Kay's lawsuit. It is alleging RetailMeNot is using Mary Kay's trademarks as a ruse to "charge higher advertising rates and other fees from its affiliated retailers and merchant partners."

While most unaffiliated retailers may appreciate any boost in traffic they get, RetailMeNot sending consumers to dead ends could create a backlash among those seeking out deals.