Over the past few years, ARM Holdings (ARMH) crushed Intel (INTC 0.64%) in the smartphone and tablet market by licensing low-power chip designs to a wide range of chipmakers instead of manufacturing them.

Intel's defense against ARM was a controversial one: to provide OEM partners with steep discounts on Atom chips, co-marketing agreements, and financial assistance in redesigning logic boards. Those subsidies, called "contra revenues," caused Intel's mobile division to incur an operating loss of $4.2 billion last year, down from a loss of $3.1 billion in 2013. Revenue plunged from $1.4 billion to $202 million.

Merging the mobile and PC units
Starting this year, Intel will merge the mobile division with the profitable PC division, which posted an operating profit of $14.6 billion last year.

"The lines are blurring between PCs, tablets, phablets, and phones," Intel spokesperson Chuck Mulloy told Bloomberg. "The idea is to accelerate the implementation and create some efficiency so we can move even faster."

Merging the two divisions could eliminate redundancies and reduce costs. It makes sense from a technical perspective, since Intel's PC and mobile chips run on the x86 instruction set. That could complement Microsoft's (MSFT 0.53%) goal of unifying the smartphone, tablet, and PC markets with Windows 10 later this year. 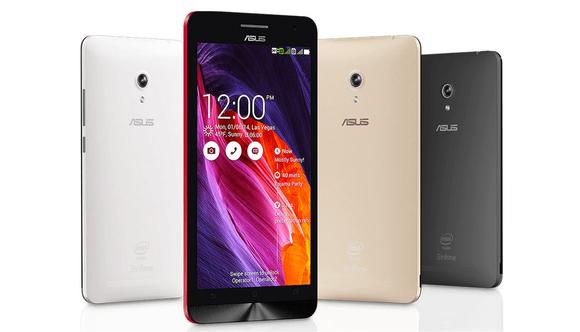 Reducing contra revenues
To improve profitability at its mobile division, Intel must eventually reduce or eliminate contra revenues. Since contra revenues are intended to cover the BOM difference between an ARM-licensed design and an Intel one, the only solution is to design cheaper mobile chips in order to compete with ARM-based rivals.

Intel's answer to this dilemma is SoFIA, a low-cost chipset for entry-level smartphones. The 3G version was recently released, and a 4G LTE version will arrive later this year. Intel hasn't disclosed how much the first batch of SoFIA-powered handsets will cost, but Fudzilla estimates that 5- to 5.5-inch models should cost "well below $199." That would make SoFIA a viable alternative to popular low-end ARM chips like Qualcomm's (QCOM 0.56%) Snapdragon 200 series.

Intel believes that SoFIA will reduce necessary subsidies per unit, which could help the mobile unit achieve positive profit margins by the first half of 2016. SoFIA notably remains a step behind Qualcomm's comparable Snapdragon chips, which already have LTE connectivity, but that technical gap will close later this year.

The potential pitfalls
There are three potential problems with Intel's plans. First, merging the PC and mobile units could cut costs, but it also seems like Intel is trying to "hide" its mobile losses. The PC division is also on shaky ground on its own: Intel recently slashed its first quarter revenue forecast by nearly $1 billion due to weak demand for PCs worldwide. Mobile losses could make the PC's operating income look much worse throughout 2015.

Meanwhile, sales of tablets, which Intel is pinning its mobile hopes on, are slowing down. IDC reports that worldwide tablet shipments only rose 4.4% year over year in 2014, compared to 78% growth in 2012 and 51% growth in 2013. As growth tops out, prices will likely fall and cause demand for cheaper chips to rise. As a result, Intel would have to keep subsidizing its OEMs to keep the shipments flowing.

Lastly, if Intel phases out contra revenues too soon, the OEMs which have become dependent on free samples, cheap chips, and financial assistance could quickly switch back to ARM-licensed chips.

The key takeaways
Intel believes that selling cheaper chips for tablets and phones will let it slowly phase out subsidies. However, that's a tough balancing act to pull off, considering how deeply entrenched its rivals are. In my opinion, Intel might be able to reduce mobile losses by $800 million this year, but the division will likely remain a money pit for years to come.

Leo Sun has no position in any stocks mentioned. The Motley Fool recommends Intel. The Motley Fool owns shares of Qualcomm. Try any of our Foolish newsletter services free for 30 days. We Fools may not all hold the same opinions, but we all believe that considering a diverse range of insights makes us better investors. The Motley Fool has a disclosure policy.