If you feel like you're drowning, financially speaking, you're not alone. Millions of Americans are "underwater" on their mortgages, with negative equity. It's a bad position to be in, but you may be able to improve your situation.

That's problematic in several ways. For one thing, you probably bought the home expecting to build equity in it, so that you would get money back when you sell it one day, ideally getting back more than you spent on the home. But if it falls in value and you end up selling it for less than you paid for it, you will end up losing money, and perhaps a lot, given that you paid a lot of mortgage interest along the way.

Selling a home can be difficult or impossible if you have negative equity in it. Photo: Mark Moz, Flickr.

Another problem is that you may no longer feel like it's worth making those mortgage payments, if you're paying for a $200,000 house and it's worth a lot less. But if you want to sell the house and get out of the situation, the sale won't net you enough money with which to pay off your mortgage. You're clearly in a bind.

A messy situation
Gobs of underwater homes can lead to other problems -- and according to CoreLogic's data, about one in 10 mortgaged homes were underwater. For one thing, it can cause many of these homeowners to stay put, making painful mortgage payments, while waiting for their home values to rise. Even if they want to sell, they might decide that it's not financially sensible to do so. So meanwhile, as more people enter the market to buy a home, fewer are available.

It's also worth noting that many mortgage holders who are not underwater are still rather close to being underwater. Out of the 50 million mortgaged homes in the U.S., in roughly 10 million of them, the mortgage holders' equity stake was less than 20%, and in about 1.4 million, it was less than 5%. These folks may not technically be underwater, but they're in a compromised position, possibly unable to afford selling their home (since that typically costs thousands in various fees and expenses) and/or unable to qualify to buy a new one. 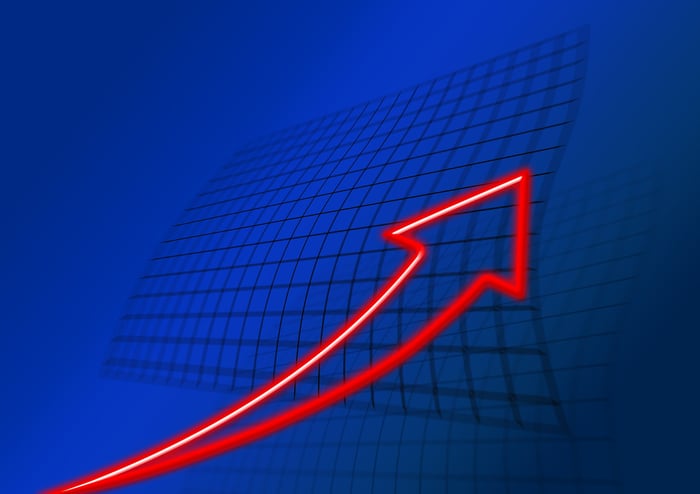 Trends are moving in the right direction, with fewer people underwater.

Good news
Fortunately, things are moving in the right direction, because CoreLogic also found that 1.2 million mortgage holders moved out of the red and into the black on their mortgages in 2014, though their ranks slipped a bit in the fourth quarter. Having about 10% of mortgaged homes underwater is also a great improvement over 2012's 31%.

Sadly, among the millions of mortgaged homes out there, less expensive ones are most likely to be underwater. The relatively low inventory of available affordable homes (in part because builders are focused on higher-value homes and because more families are renting homes) has an upside, though, in that it can boost the value of existing homes for sale -- and, along with those, underwater homes. But it's a gradual process, requiring patience.

What to do
Your most obvious option, should you find yourself underwater on a mortgage, is to just hang on, if you can. Over time, your home is likely to appreciate in value, while the balance you owe on your mortgage will fall and your equity position will grow.

That's not always possible, though. If you're financially strapped and having trouble making your payments, you need a better solution. Refinancing is a good choice, because doing so can lower your mortgage payments. But when your current home is underwater, you may find it hard or impossible to refinance. It may still be possible, though, so look into it. In particular, check out the Making Home Affordable program of the Departments of the Treasury and Housing and Urban Development, which is part of the Obama administration's effort to shore up the U.S. housing market. It features a Home Affordable Modification Program for those who are having trouble making their payments, and a Principal Reduction Alternative for those with underwater mortgages. There's also a Home Affordable Refinance Program.

The Making Home Affordable program might help you if you're underwater. Image: MakingHomeAffordable.gov.

You might think that just walking away from the whole thing is an appealing option, but don't do it. It will damage your credit rating significantly, which will make getting a future mortgage or any other loan more difficult.

Thinking creatively could be helpful, too. If you're in a financial pinch with seemingly few options, think of some seemingly extreme ones and see whether they might make sense for you. For example, to improve your financial condition without selling the house that you can't easily sell, perhaps you could move in with your parents or some other loved one for a year or two, while renting out your home. Alternatively, if your home can command a sizable rental fee, perhaps you could move into an apartment or rented house that costs a lot less, so that you can pocket the difference. (Keep in mind, though, that renting your home out may not be as lucrative as you think, as you'll still have to cover taxes, insurance, maintenance, and repairs.)

Being underwater on your mortgage is no fun, but it's not necessarily a portent of doom.

5.4 Million Homes Sport Negative Equity -- Here's What to Do If Your Mortgage Is Underwater @themotleyfool #stocks Next Article
Current