Paying attention to the stocks that billionaires are selling can give investors valuable insight that can help frame their own decisions, especially when the billionaires are investing legends Warren Buffett, George Soros, and David Einhorn.

Those billionaires have proved themselves through both bull and bear markets, so let's consider three companies that they've decided to throw in the towel on and see whether investors ought to consider selling them, too.

No. 1. ExxonMobil (NYSE:XOM)
Warren Buffett made a big splash in March when he admitted that he had unloaded his entire stake in energy Goliath ExxonMobil during the fourth quarter.

Previously, ExxonMobil had become a staple holding in Buffett's portfolio that was worth about $3.5 billion. Given that the Oracle of Omaha isn't known for his short-term view, his selling of the energy giant and the timing of the sale -- just as west Texas crude prices were peaking and beginning to tumble -- would seem to suggest that Buffett feels ExxonMobil's got a pretty rough road ahead of it. 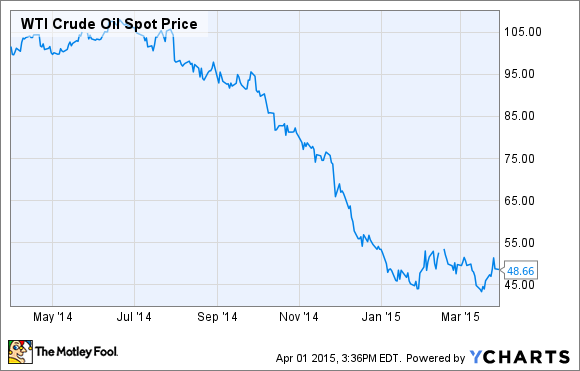 That may be true; however, investors should also remember that ExxonMobil has seen plenty of crude-oil pops and drops over the years, yet it's still managed to remain one of the world's biggest companies.

Additionally, before following Buffett out of ExxonMobil, investors should keep in mind that the price Buffett got for his stake was probably much higher than the price that shares are currently trading at. During the fourth quarter, shares were trading as high as the mid-$90s, and today they're about 10% lower. Obviously, ExxonMobil's shares could fall further (shares were trading in the $50s in 2010), but investors who want exposure to the energy sector would be hard pressed to find a better blue-chip energy stock than this company.

No. 2. Apple (NASDAQ:AAPL)
Hedge-fund legend George Soros pulled the plug on technology behemoth Apple in the fourth quarter, cutting bait on a position that was worth $150 million during the third quarter.

Soros' decision could have been the result of his penchant for booking profits and actively rotating his portfolio, or it could have been a signal that Soros thinks Apple's upcoming Apple Watch product launch will prove to be a dud.

Either way, following Soros out of Apple might not be the best plan for investors, particularly since Soros takes a short-term view of the markets -- something most investors don't do successfully.

Soros' eye popping turnover means Apple could just as quickly return to his portfolio next quarter, and if so, selling Apple now might not be your best move.

Instead, investors concerned that Apple may be peaking might want to consider reducing their exposure and booking some of their recent gains. That could make a lot of sense if Apple accounts for a much bigger portion of an investor's portfolio than it did a year ago.

No. 3. Cigna Corporation (NYSE:CI)
David Einhorn has become one of the most-watched hedge-fund managers in the country for two reasons. His hedge fund, Greenlight Capital, manages $7.8 billion, and Einhorn accurately predicted the demise of the Wall Street icon Lehman Brothers.

In the fourth quarter, Einhorn parted ways with insurer Cigna Corporation. That sale came just as the second open-enrollment period for the healthcare exchanges was kicking off and as news of legal threats that could imperil health-exchange subsidies were gaining traction.

Whether or not Einhorn's decision was based on that or something else is uncertain, but it appears that the second open-enrollment period was a success. According to the Department of Health and Human Services, 11.7 million people signed up for health insurance through the federal and state exchanges. Also, the Centers for Medicare and Medicaid Services reports that 11.2 million more people are enrolled in Medicaid than before Obamacare expansion in 2013.

Those enrollment numbers could suggest that investors may want to sit tight with Cigna, which is offering plans through exchanges in eight states and runs Medicaid programs in Texas and Illinois.

However, investors should also recognize that the exchanges and Medicaid are small parts of Cigna's insurance business. The company estimates that the exchanges will represent about 3% of premium revenue this year, and while there are 13.9 million members covered by Cigna's commercial plans, only 518,000 are covered through Medicaid.

Regardless, Cigna's insurance business is growing, with sales and adjusted operating income increasing by 8% and 9.4% last year, respectively. That momentum is expected to continue, with Cigna guiding for adjusted net income from operations of between $8 and $8.40 this year, up from $7.43 in 2014.

Tying it together
A lot of things could be behind these billionaires' decisions to exit stakes in these three companies, including their short-term views, overall portfolio weightings, and other investment opportunities. While investors shouldn't ignore the fact that Buffett, Soros, and Einhorn have exited these positions, they should focus more on whether their own long-term thesis for owning shares remains intact. If it does, then it could make more sense to stick with these three companies rather than to cast them aside.

3 Stocks Billionaires Are Dumping -- Should You, Too? @themotleyfool #stocks $AAPL $XOM $CI Next Article
Current