There are few issues as polarizing as income inequality, but there's one thing almost everyone can agree on: It's increasing.

Since about 1970, income inequality in the U.S. has risen sharply -- the rich are getting richer and the poor are getting poorer. The top 1% of income-earners now bring home about 20% of pre-tax income in the U.S., up from about 10% in the three decades preceding 1980. Regardless of how you feel about it, investors looking to take advantage of this trend have a variety of firms to choose from. Below are three companies that could benefit from an economic environment dominated by rising income inequality.

Dollar General as a play on the growing number of low-income households
Dollar General
(NYSE:DG) is the largest discount chain in the United States, with nearly 12,000 stores in total. Although it isn't purely a dollar store (as its name might imply), its defining characteristic is its low prices. Almost everything it sells retails for $10 or less. More than 75% of its products retail for less than $5, and about a quarter of its merchandise retails for less than $1.

Dollar General obviously faces intense competition, but by offering fewer brands and items, it can price its offerings below competing chains, making it a key destination for low-income households, which it defines as its core customer demographic.

Dollar General has been a terrific performer since it entered the public markets in late 2009, outperforming the S&P 500 handily. If income inequality continues to increase, Dollar General could continue to reward its shareholders. 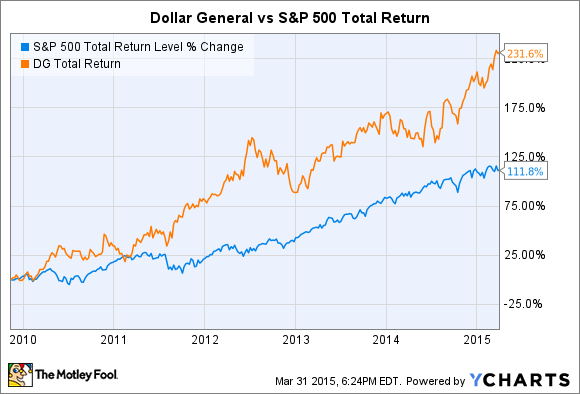 Sotheby's benefits from the market for luxury goods
Sotheby's (NYSE:BID) sits on the opposite side of the spectrum. The auction house specializes in the sale of fine artwork and jewelry -- a class of goods for which demand is derived almost entirely from the wealthiest members of society -- collecting commissions on the items it sells. Like Dollar General, Sotheby's has been a tremendous performer. Since the market bottomed in March, 2009, Sotheby's shares have rallied more than 500%.

This rally has drawn the ire of famed short-seller Jim Chanos, who pointed out last year that moves in Sotheby's stock have often coincided with periods of economic exuberance. Over the last 20 years, shares have surged to all-time highs in the midst of the dot-com and real estate bubbles. Still, if you believe current economic trends will continue, buying shares of Sotheby's may not be a bad investment. 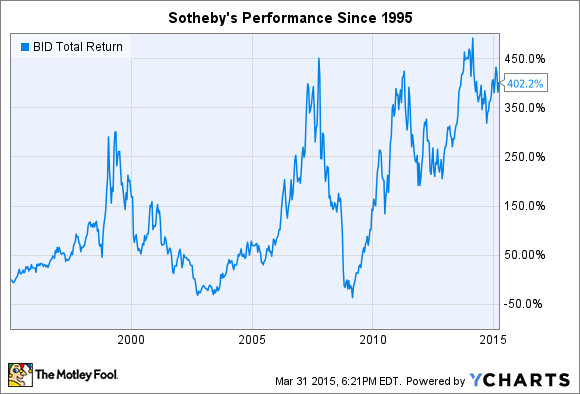 Aaron's provides furniture, electronics, and appliances to the cash-strapped
Aaron's (NYSE:AAN), like Dollar General, should benefit if the number of low-income households in the U.S. continues to increase. But rather than offering low-cost consumables and household goods, Aaron's specializes in making high-cost items more affordable.

Employing a rent-to-own business model, Aaron's offers cash-strapped consumers a way to get new furniture, electronics, and appliances. Rather than pay for them upfront, consumers pay Aaron's in smaller monthly installments. The interest rate on these payments is often absurdly high (a $400 PlayStation 4 can cost upwards of $1300 when purchased this way), making Aaron's model attractive only to the most desperate of consumers. But with income inequality on the rise, that may be good for investors. 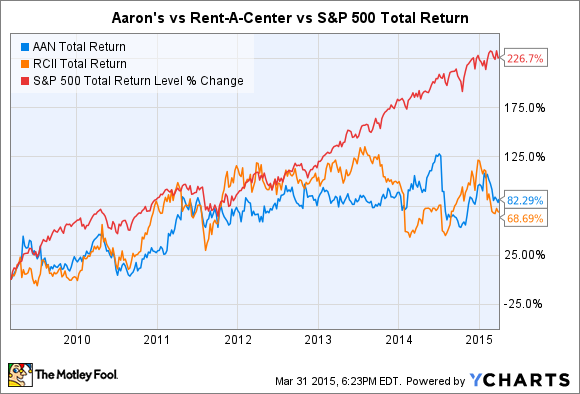 Somewhat surprisingly, Aaron's has actually been a poor performer since the economic downturn, under-performing the broader market. But it's done better than its larger competitor, Rent-A-Center, and if income inequality continues to increase, more low-income consumers could turn to Aaron's for their appliance needs.