At a recent industrial fair, Miele stated that it had completed a proof-of-concept study of Microsoft's IoT technologies, indicating that smart ovens, vacuums, and washing machines could hit the market soon. For example, users will eventually download recipes online, send the ingredients and instructions to a mobile device, and synchronize the optimal cooking settings with a smart oven. Washers and dryers could deliver messages to mobile devices once the laundry's done, while embedded sensors could be accessed for remote diagnostics.

Expanding into smart appliances is a strategic expansion for Miele, which mainly sells higher-end appliances. The family-owned company's sales rose 2.2% year over year to 3.22 billion euros ($3.4 billion) last year. For Microsoft, the partnership represents another way to expand into the IoT market, which IDC predicts will grow from $1.9 trillion in 2013 to $7.1 trillion by 2020.

Microsoft and the IoT market
To understand where Microsoft's IoT efforts are headed, we should review the foundations that have already been established.

Last June, Microsoft joined the AllSeen Alliance, a Qualcomm (NASDAQ:QCOM)-led IoT project to use the open-source AllJoyn framework in smart homes, cars, and mobile devices. Other members of the alliance include Cisco (NASDAQ:CSCO), D-Link, LG, and Panasonic. Qualcomm, the largest mobile chip and wireless modem manufacturer in the world, established that alliance to widen its defensive moat in the IoT market.

Microsoft also plans to launch a free version of Windows 10 for IoT devices like the Raspberry Pi 2 and Qualcomm's Dragonboard 410c. Both devices are credit-card-sized "board computers" that can be used for a wide variety of purposes. Expanding Windows 10 to these smaller devices prevents ARM Holdings (NASDAQ: ARMH) -- which designs many mobile and embedded SoCs -- from dominating the IoT market with its free OS, mBed. ARM recently launched an IoT platform for mBed, which could threaten older embedded operating systems like Windows Embedded and BlackBerry's (NASDAQ: BBRY) QNX.

Connecting everything to the cloud
Expanding Windows 10's reach to include IoT devices will help Microsoft achieve its ultimate goal of uniting all computing platforms -- PCs, tablets, phones, and embedded ones -- under a single OS.

Microsoft can then connect all those devices to Azure, its cloud service. By doing so, Azure will become a goldmine of data for analytics purposes, as cloud-based services like Office 365, Cortana, and Dynamics CRM synchronize data across multiple platforms. Those improvements will boost Microsoft's cloud-based revenue, which achieved an annual run rate of $5.5 billion as of last quarter.

Establishing a partnership with Miele will give Microsoft a presence in smart homes, a market Juniper Research estimates will grow from $33 billion in 2013 to $71 billion in 2018. Last year, Microsoft partnered with smart home developer Insteon to integrate its automation software into Cortana and Windows Phone. Microsoft also invested in 10 smart home start-ups during an accelerator for IoT and smart home companies last summer. 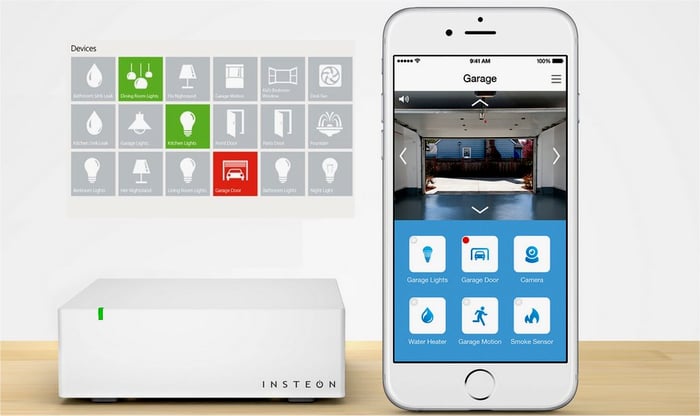 What Microsoft's rivals are planning
However, Microsoft faces several major competitors in the smart home market.

Samsung's plans are slightly different. It uses the SmartThings hub, which it acquired last year, as a central hub for its home automation devices. Yet Samsung also manufactures its own smart appliances, like refrigerators, washing machines, and robot vacuums. Samsung's SmartThings app is cross-compatible with iOS, Android, and Windows Phone devices.

Microsoft has responded with an interesting mix of strategies. Primarily, Microsoft uses Insteon's Hub to synchronize home automation devices to Windows. Insteon also grants Windows users unofficial "back-door" access to Nest. With Miele, it gains a presence in appliances to compete against Samsung. Like Samsung, Microsoft offers its apps and Azure services across multiple platforms, which maximizes its growth potential beyond Windows devices.

The road ahead
Microsoft hasn't received as much attention as Apple, Google, or Samsung in the smart home market. However, all of the building blocks are there: Windows 10 will unite various computing platforms, Azure will tether together multiple devices, while new investments and partnerships will connect home automation devices to Windows. Its partnership with Miele, which will further expand its presence in smart homes, is just another piece of that puzzle.