When many people think of investing in the mobile market, they likely think of tech giants like Apple, Samsung, and Google. However, these companies are so large they're unlikely to double anytime soon.

Therefore, more growth-oriented investors should look for smaller companies with more room to grow. Let's take a look at three up-and-coming stocks in the mobile market -- Energous (NASDAQ:WATT), Glu Mobile (NASDAQ:GLUU), and LeapFrog (NYSE:LF.DL) -- that investors should keep an eye on.

Energous: An investment in wireless charging
Many new smartphones, like Samsung's Galaxy S6, can be charged wirelessly.

Energous is a tiny company in this rapidly growing market. The company is developing a technology, known as WattUpa, that can charge devices at a distance instead of using stationary charging pads. According to the company, its prototype devices can charge devices at distances of up to 15 feet. This technology would potentially not only change how people charge mobile devices, but also completely eliminate the tangle of wires behind desktop computers and entertainment systems.

Energous has no marketed products yet, so it's a very speculative bet at the moment. Nonetheless, Energous raised $24 million during its IPO last April, and shares are currently worth 50% more than its IPO price of $6 per share.

Glu Mobile: An underdog in the mobile gaming market
Glu Mobile owes most its 28% year-to-date rally to the headline-grabbing success of Kim Kardashian: Hollywood, a hugely popular mobile game that accounted for 31% of its 2014 revenues.

Many bearish critics initially argued that Glu's top line relied too much on Kim Kardashian: Hollywood. However, the weight of that title, which was introduced in the second quarter of 2014, has gradually declined from 54% of Glu's revenue in the third quarter to 40% in the fourth. 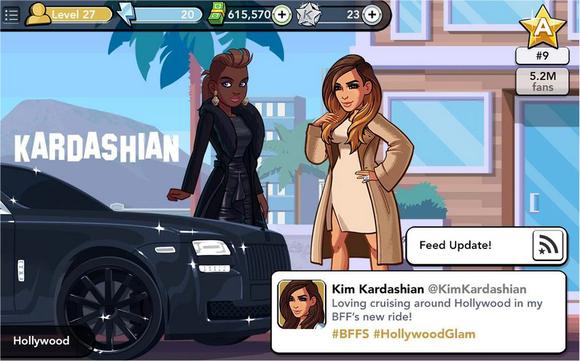 LeapFrog: A contrarian play on kid's tablets and wearables
Shares of LeapFrog plunged nearly 70% over the past year due to slumping sales of its kid-friendly tablets. Protective cases for iPads and sturdier Amazon Kindle tablets for children quickly turned LeapFrog's LeapPad tablets from cutting edge toys to outdated niche devices.

Last quarter, LeapFrog's net sales fell 23% year over year, and it posted a net loss of $124 million, down from a profit of $64 million a year earlier. However, LeapFrog stock is also extremely cheap. The stock currently trades just 2 times trailing earnings, and just over half of its book value. In other words, any minor signs of a turnaround could quickly boost its stock price.

LeapFrog recently entered the wearables market with the LeapBand, a cheap fitness band with interactive games for children. It encourages kids to stay active and fills a niche market that mainstream fitness band makers like FitBit and Jawbone have ignored. It will also launch LeapTV, a motion-controled gaming console, later this year.

I don't think investors should invest in LeapFrog unless those new products generate meaningful revenues, but they should still keep an eye on the stock.

The final takeaway
Energous, Glu Mobile, and LeapFrog are all highly speculative bets on the mobile market. However, these under-the-radar stocks are still worth researching since they offer much more downside and upside potential than the larger players in the market.