The last time investing in America's oil and gas space was this compelling, the landscape looked a lot like this.

Today, thanks to the advancements in drilling technology, we've been able to economically reach shale gas formations, giving the U.S. decades' worth of new supplies that are just waiting to be tapped. To the star-struck investor, investing in natural gas seems like a slam dunk: Production in the U.S. is growing, it's replacing coal as the choice electricity fuel because it's so much cheaper and cleaner, and it's even starting to tackle the 100-year-old monopoly that oil has had on the transportation sector.

Before you go throwing money into any old investment that has the word "natural gas" tied to it, though, there are some things you should consider. So let's look at why you might want to shy away from investing in the first natural gas-producing company you get your hands on, and what you should consider as an alternative.

Investing in natural gas producers: so many haystacks, so few needles
What would seem to be the most obvious investment in the natural gas space is to put money in producers of the stuff. It sounds simple, but finding one that can build wealth for an investor over the long term is much harder than it looks. Producers are burdened with the problem that they need to constantly reinvest large sums of capital just to maintain production, let alone actually grow it. This is especially true in the world of shale drilling here in the U.S., where the rate of decline on an individual well is considerably higher than from conventional gas sources. While that doesn't mean a company can't keep up -- these past few years have certainly shown they can -- it's just that it takes immense amounts of capital to do so. And many companies on the production side of the business struggle to generate enough cash to fund that development.

According to data compiled by S&P Capital IQ, of the 100 or so oil and gas producers with market capitalization greater than $200 million, less than 15% of them had generated more cash from operations over the past two years than what was spent on capital expenditures. Furthermore, all of the companies that did generate more cash than what they spent produced much more oil than natural gas.

If a company can't meet its spending needs, then it's constantly forced to raise capital through asset sales, issuing debt, or diluting shares by issuing equity. Also, without enough cash to cover capital expenditures, it's pretty much guaranteed that the company won't be doing any shareholder-friendly measures such as pay a dividend any time soon.

Not everyone is going to agree with this investing principle. That's fine. But it seems that the risks associated with constant capital reinvestment -- not to mention the risk of being exposed to commodity prices -- makes finding a pure-play oil and gas producer an extremely challenging task for an investor.

Infrastructure, the other natural gas bet 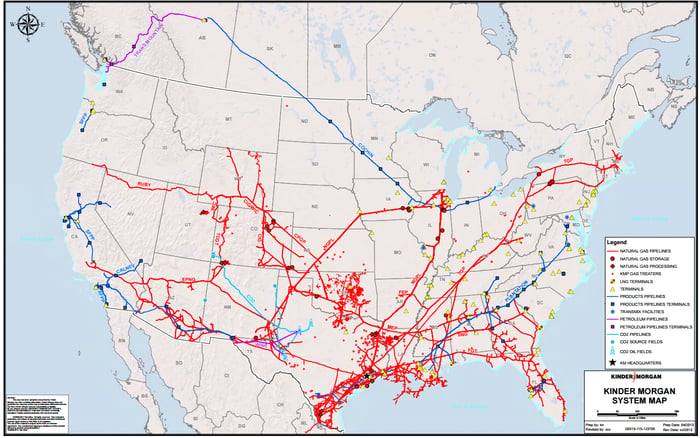 Just because it's so hard to find a natural gas producer worth a long-term investment, that doesn't mean there is a complete lack of investments in natural gas. You just need to look at different parts of the value chain. When it comes to generating cash, one space worth looking hard at is the companies that own the infrastructure that transport and process that natural gas.

One of the reasons these companies can be more attractive over the long term is that they're relatively isolated from the actual price of natural gas. Instead, several of these companies' profits are much more dependent on the total volume of gas moving in pipes or being processed at a facility and the fees it charges for these services. This makes a company's cash flows much more predictable and allows management to make shareholder-friendly decisions such as pay a dividend on a relatively consistent basis. 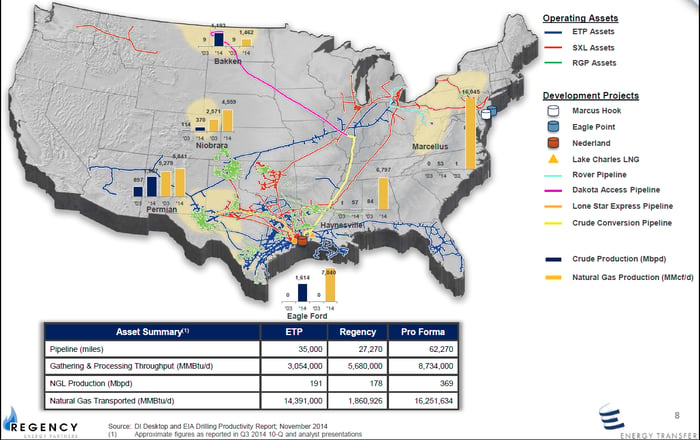 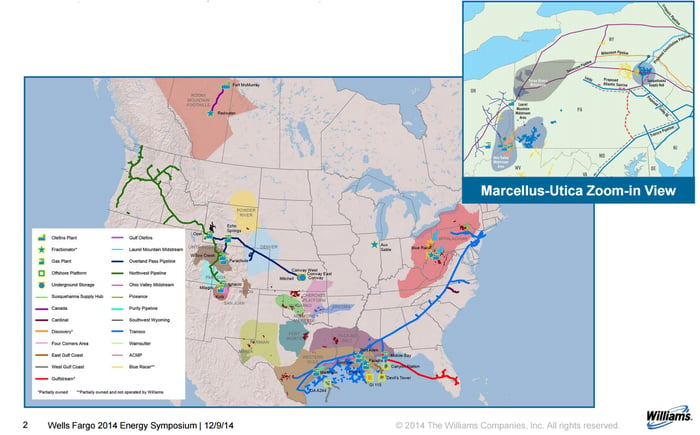 It may sound like a conservative way to approach the entire natural gas sector, but Kinder Morgan's, Energy Transfer's, and Williams' yields of 4.4%, 7.3%, and 6.7%, respectively, can go a long way when held over the long term.

What a Fool believes
Investing in natural gas can seem tricky because so many investors assume that you need to know what natural gas prices will do in the future to make a sound investment. Truth is, you can avoid the commodity price speculation -- and risk -- almost entirely if you invest accordingly. By eschewing the "obvious" investment and going on a wild goose chase for that natural gas producer sustaining itself with organic cash flow, look to the companies that are already churning out cash in other parts of the natural gas space. Your portfolio will thank you later.