Please ensure Javascript is enabled for purposes of website accessibility
Log In Help Join The Motley Fool
Free Article Join Over 1 Million Premium Members And Get More In-Depth Stock Guidance and Research
By Leo Sun - May 11, 2015 at 1:00PM

GoPro and Google should advance together in the virtual reality market.

GoPro (GPRO 0.34%) recently announced that it would buy French start-up Kolor, which develops software for stitching together photos and videos into 360-degree panoramas and videos known as "spherical content." That content can then be viewed more immersively with a head-tracking virtual reality (VR) headset.

VR content creators used GoPro cameras to create spherical content in the past, but the acquisition of Kolor will let GoPro offer the feature directly to its customers. To introduce that new capability, it released a 360-degree 4K video to showcase Kolor's features on the GoPro website, YouTube, Google (GOOG -1.12%) (GOOGL -1.45%) Cardboard, and Kolor's mobile app for iOS and Android.

GoPro also stated that more spherical videos would soon be available for other VR viewers like Facebook's (META -0.25%) Oculus VR and Samsung's Gear VR. However, I believe that if GoPro is serious about tapping into the growth of the fledgling VR market, it should deepen its partnership with Google.

By integrating Kolor's stitching features into GoPro's editing software, mainstream consumers can create panoramic photos and videos more easily. During GoPro's first quarter conference call, CEO Nick Woodman noted that VR content production is mainly done by professionals "who are combining six or more GoPros using 3D-printed rigs to capture incredible content." But he noted that the popularity of that content among viewers would cause a "trickle down desire" which could encourage mainstream consumers to produce their own VR content.

Google is also a believer in that "trickle down" effect. Facebook, HTC (NASDAQOTH: HTCCY), Valve, and Sony (SONY -1.11%) are all developing high-end VR headsets for niche enthusiasts. Google, however, introduced Cardboard -- a cheap DIY kit which lets anyone turn a smartphone into a VR viewer with a piece of cardboard, a washer, a magnet, lenses, a rubber band, and pieces of velcro.

Although Cardboard has much lower latency than Facebook's Oculus Rift, Sony's Project Morpheus, or HTC and Valve's Re Vive, it makes VR easily accessible to anyone -- not just developers willing to spend $350 on a developer kit. As a result, Google's Cardboard app has been installed up to 5 million times, which convinced more developers to create VR apps.

How Google and GoPro could help each other
With GoPro selling VR content producing cameras and Google offering dirt cheap VR viewers, the two companies could turn VR from a niche interest into a mainstream one.

The first thing GoPro should do is rebrand Kolor's 360-degree viewing app under its own name, then connect it to Google's Cardboard app. The current version of Kolor is compatible with Cardboard but doesn't show up on the list of "official" apps in Google's Cardboard app. That little change could give GoPro's app a huge boost, considering that Kolor was only installed 10,000 to 50,000 times from Google Play. 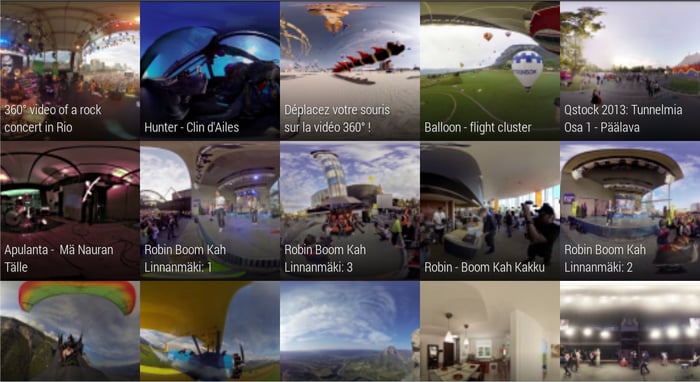 To reduce the server load on Kolor's own hosted videos, GoPro could migrate its content to its YouTube channel, which currently has 3 million subscribers. That move could let GoPro stream higher-quality videos than the ones currently available on Kolor's app. GoPro's move could help Google by simultaneously tethering more users to Cardboard and YouTube.

How the VR market fits into GoPro's future
Kolor represents another piece of GoPro's long-term plans for its media business. GoPro intends to expand its media network -- which is currently hosted on YouTube, social networking sites, Microsoft's Xbox Channel, Roku devices, and Virgin America flights -- into a viable source of revenue in the future.

The network doesn't generate any meaningful revenue yet, but GoPro has hired experienced media executives to guide the business. Last November, it hired Zander Lurie, who previously worked at CBS and CNET, as its senior VP of media. Prior to that, it hired Adam Dornbusch, the former business development head of Current TV, as its programming chief. It also hired former Skype CEO Tony Bates as the division's president.

GoPro also recently introduced "Herocast," a solution for broadcast-quality live streaming, and struck a deal with NHL to use its action cams for some live broadcasts.

Gazing into the virtual future
If mainstream users eventually buy pricier VR headsets like the Oculus Rift for their living rooms, GoPro's delivery of high-quality VR content to those headsets could let home audiences skydive, ski, or surf through the eyes of other users. GoPro could then monetize that content with VR ads or monthly subscriptions.

It sounds like sci-fi, but it might become a firm reality before the end of this decade -- research firm KZero estimates that the worldwide consumer VR market will generate cumulative revenues of $16.2 billion between 2014 and 2018.