The Internet of Things -- where previously unconnected things are connected to the Internet, where they can collect and analyze data, and sometimes automate systems -- has the potential to bring in massive amounts of revenue for tech companies. According to IDC, the Internet of Things (or IoT) will be worth $7.1 trillion by 2020. Other more lofty estimates from Cisco Systems say IoT could have a combined cost savings and revenue creating worth of $19 trillion by 2025.

But not everyone is on an equal footing in the IoT space, and at least one analyst group thinks Apple (NASDAQ:AAPL) will miss out on the next big tech trend. According to a research note put out by the Maxim Group this month, Apple will lose out in the Internet of Things (to companies like Facebook and Google) because of its focus on high-end device sales rather than in collecting and analyzing massive amounts of consumer data.

In our Apple initiation, we cited the IoT as a long-term threat to Apple, as we believe the most viable route to monetizing the IoT not to be in the sale of the items at a premium price to alternative items, but the synthesis of their data streams.

But is this really true? To find out, let's take a look at one Apple's greatest Internet of Things opportunities right now.

How Apple fits into IoT
One of the biggest plays in the Internet of Things is wearable technology, and Apple is already coming out swinging in the market.

BI Intelligence expects Apple to take 40% of the smartwatch market share this year, and up to 48% by 2017. Apple hasn't released any sales numbers of the watch yet, but KGI Securities estimates that pre-order sales of the Apple Watch topped 2.3 million. If that proves true, it'll be nearly twice the amount of all Samsung -- the current leading smartwatch vendor -- smartwatch sales in 2014.

Keep in mind that Apple is just weeks into this new market, which is expected to be worth nearly $33 billion by 2020, and the company is already showing itself as a market leader. That makes me question why anyone, especially so early in the IoT game, and with Apple's new smartwatch just launching, would consider the Internet of Things a "threat" to Apple.

Instead, investors should see the Apple Watch as a clear IoT play, and one that opens up the possibility for further Internet of Things tie-ins. According to JMP Securities research analyst Alex Gauna, the Apple Watch will allow the company to expand its IoT presence: 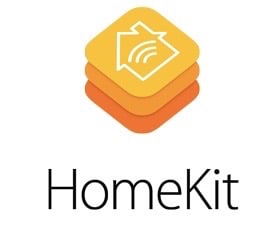 We view the Apple Watch as a reasonably well-executed step to furthering the value proposition around other IoT offerings being developed within the Apple Pay, Car Play, HealthKit, HomeKit, and ResearchKit initiatives.

Basically, Apple could parlay sales of its watch into other IoT uses. Take Apple's connected home device protocol, HomeKit, for example. It allows iPhone and iPad users to control devices using Siri, whether at home or away. The Watch could help build out this system by offering new types of connected-home commands or automated processes that are unique to smartwatch capabilities.

Don't count Apple out
I think the idea that Apple isn't well positioned in the Internet of Things market just because it doesn't collect troves of data on its users is a bit flawed.

Apple has always been primarily a devices and services company, and time and time again, it has found a way to successfully enter new tech markets -- whether it be mobile, digital music, and now the Internet of Things -- and make money from it.

The company is already proving with the Apple Watch that it knows how to create a successful IoT device, and I expect Apple to use it to further expand its Internet of Things services.

It's far too early in the IoT game to start calling out winners and losers -- and if I had to bet, it certainly wouldn't be against Apple.