Please ensure Javascript is enabled for purposes of website accessibility
Log In Help Join The Motley Fool
Free Article Join Over 1 Million Premium Members And Get More In-Depth Stock Guidance and Research
By Leo Sun - May 18, 2015 at 8:00PM

That's because iAd likely only generated $487 million last year, or 0.3% of Apple's 2014 revenue, according to research firm eMarketer. By comparison, Google and Facebook respectively posted $59.6 billion and $11.5 billion in ad revenue in 2014.

But looking ahead, Apple has a few opportunities to grow iAd's market share. Let's see whether they'll boost the business's weight on Apple's top line.

Getting cheaper and smarter
Apple introduced iAd in 2010 in response to Google's AdMob. Both platforms let developers embed ads directly into their apps.

With iAd, developers keep 70% of the ad revenue while Apple retains the rest. Apple initially set the minimum amount of an advertising contract at $1 million, which alienated many small businesses. Apple subsequently lowered that price to $500,000, $300,000, $100,000, and finally $50 to match AdMob's minimum ad spend and address low fill rates.

Apple recently beefed up the platform with automated and targeted ads. Last year, the company introduced automated ad buys to replace its sluggish system of manual purchases from the iAd sales team. It also introduced "retargeted" ads, which automatically change based on a user's in-app behavior across multiple iOS devices.

For example, if an iPhone user visits a retailer's website and places an item in a shopping cart but doesn't buy it, the retailer can automatically "retarget" that user with an ad for the same item on the user's iPad. This wasn't possible before, since iOS devices don't support the tracking cookies that follow users on PCs. Google and Facebook also offer targeted ads with single sign-ons that tether apps and websites to their ecosystems.

Apple's expansion into Internet radio with iTunes Radio and Beats also represents an opportunity to expand iAd's footprint. The free version of iTunes Radio, which launched in late 2013, is ad-supported and has about 27 million listeners. In March, Apple extended automated ad buys and targeted ads -- which cross references customer data anonymously against marketer data -- to iTunes Radio. Those changes could boost the volume and effectiveness of iTunes Radio ads. 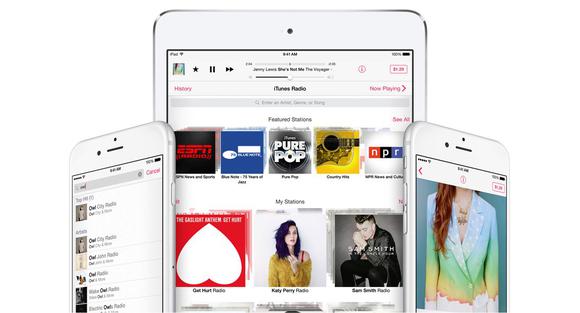 These potential catalysts won't put Apple in the same league as Google or Facebook, but they could make iAd more attractive to marketers.

Potential pitfalls
While Apple doesn't intend to go toe-to-toe against Facebook or Google, their market dominance could limit iAd's appeal.

Facebook already has 1.44 billion monthly active users across the world, and 1.25 billion of them visit the website on mobile devices. For advertisers, that massive user base represents a gold mine of data for mobile ads. To help them out, Facebook tracks users' in-app behavior with single sign-ons, offers app install ads in its News Feed, and lets marketers advertise on third-party apps via its new Audience Network. Demand for Facebook ads is so high that the company can throttle the number of ads it displays each quarter to inflate prices. As a result, Facebook's average price per ad soared 285% annually last quarter even as ad views fell 62%.

Google, which generates less than a third of Facebook's revenue from mobile display ads, is still the undisputed king of desktop and mobile search ads. As long as Google remains the top search engine in the world, it will have plenty of data to offer marketers. Google also offers app-install ads on mobile devices.

Therein lies the problem with Apple's iAd. For iAd to become more appealing to advertisers, Apple must aggressively gather more user data. Yet that strategy contradicts CEO Tim Cook's thoughts on the company's future. In a recent interview with The Telegraph, Cook said the consumer was not a "product," and that Apple doesn't "make money selling your information to somebody else."

The key takeaway
iAd could grow much bigger over the next few years if Apple successfully expands it to newer services such as iTunes Radio and Apple Pay. But to keep up with fast-moving rivals such as Facebook and Google, Cook might have to change his idealistic views on user privacy. Whether Cook admits it or not, iAd is already following in Facebook and Google's footsteps with smaller, automated ad buys and cross-device targeted advertising.

Are These Stocks, Down More Than 80%, Worth Buying?