It's been an especially tough time in the 3D printing space lately, with leaders 3D Systems (NYSE:DDD) and Stratasys (NASDAQ:SSYS) both issuing earnings warnings preceding the releases of their official first-quarter results. Stratasys just reported last week (here's my take on its results); its main rival reported the week before.

The premise of this article is that there's one key metric that indicates Stratasys is likely to outperform 3D Systems going forward: consumables (materials) revenue growth.

Before we dig in, it's important to understand the business model both companies are using, as it gets at why consumables revenue growth is such a critical forward-looking metric. 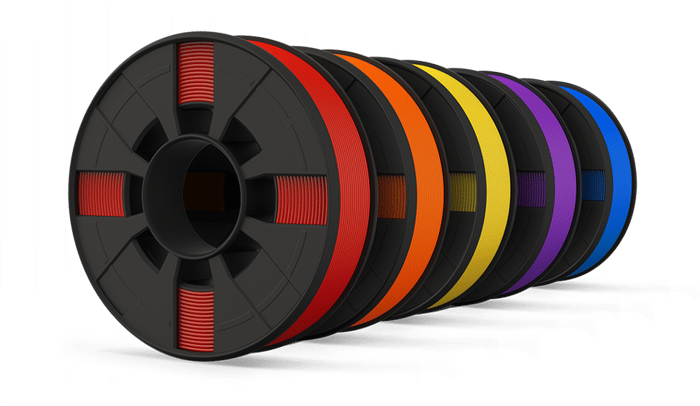 Razor-and-blades business model
Both 3D Systems and Stratasys use a razor-and-blades business model to some degree. This model reportedly owes its name to Gillette's introduction of improved safety razors with disposable blades in the early 1900s. It involves a company selling the "razor" at a low cost, sometimes even giving it away, and selling the disposable "blades" at a high markup. The goal is to generate a steady stream of higher-profit-margin recurring income from "blade" sales over the life of the "razor."

In the case of 3D Systems and Stratasys, the 3D printers are the razors, while the printable materials are the blades. Neither company, however, employs a pure razor-and-blades pricing strategy, as both have been concerned with maintaining pricing levels on their printers -- at least until lately on 3D Systems' part, as the company has relatively recently begun emphasizing system unit growth rather than revenue growth. Whether this is a purposeful strategy or the company's attempt to put a pretty face on its inability to maintain pricing levels is a matter of opinion.

3D Systems' year-over-year quarterly consumables revenue growth has fallen off drastically since it peaked in Q1 2014. It's important to note, however, that more recent quarters have been adversely affected by the strengthening U.S. dollar.

This metric was especially poor in the most recent quarter, plummeting to a negative growth rate. The company attributed this to "[d]ecreased printer sales and [customers'] curbed utilization" of their existing printers. 3D Systems sells materials with its printers, so material sales will be negatively affected when printer sales are down, as they were by 3% overall in the first quarter. Design and manufacturing printer sales were negatively affected by "[s]evere currency headwinds, macroeconomic weakness and certain application and performance issues with metal and nylon printers," according to the company.

More concerning was the drop in material sales due to customers' curbed usage rates. The currency and macroeconomic headwinds could account for some or all of the shortfall. However, it's also possible that some customers aren't using their 3D Systems' printers as much as they had in the past for other reasons, too. It's too early to glean all the factors involved. Regardless, the fact remains that 3D Systems' razor-and-blades model is struggling lately.

Both companies showed similar material sales growth rates in Q3 and Q4 2013, and 3D Systems edged out Stratasys in Q4 2014. However, for the past four quarters, Stratasys has consistently beat 3D Systems on this metric by an increasingly widening margin. A portion of this outperformance is likely due to the currency factor, as 3D Systems has been struggling recently in North America, so its percentage of total sales in Europe and Asia has increased. However, the currency factor isn't big enough to account for the magnitude of Stratasys' outperformance in the most recent three quarters: 32%, 27%, and 18% vs. 18%, 12%, and -8%.

Stratasys doesn't break out its materials gross margin, so we don't have exact numbers. However, we do know based upon comments made by the company over the years that, like 3D Systems, its material sales are the company's gross-profit-margin engine.

Printing a wrap...
3D Systems and Stratasys are both employing the razor-and-blades business model to some degree. Stratasys' model has been performing better recently, as evidenced by its significantly better consumables revenue growth rates. Investors should closely monitor this metric going forward as -- barring notable changes in business model and strategy -- it's key to each company's future success. That's because material sales are the companies' gross-profit-margin engines -- and gross profit margins significantly affect earnings, which, in turn, drive stock prices.