Facebook (NASDAQ:FB) could eventually add mobile games to Messenger, according to The Information. The company is reportedly in talks with developers to create games which work within the Messenger app and can be downloaded from its app store.

These games probably won't arrive anytime soon, but they could eventually turn Messenger -- which has over 600 million monthly active users -- into a diversified platform of its own.

The future of Facebook Messenger
Facebook launched Messenger as a stand-alone app in 2011. However, the company only got serious about turning it into a platform last year, when it required users to download the app to chat with friends.

In March, Facebook added peer-to-peer payment capabilities to Messenger to compete with apps like PayPal's Venmo and Square Cash. That same month, it opened up the platform to third-party developers, who mostly created images and sound clips for chats.

Facebook's long-term goal is for Messenger to evolve into a monolithic chat app like Tencent's WeChat (known as Weixin in China), which has 549 million active users. Last year, Tencent let retailers set up "mini shops" within the app and launched a "Game Center" for in-app installations of games. Last quarter, Tencent reported that gaming revenue from WeChat and its other chat platform, QQ, boosted its online gaming revenue by 28% annually to $2.15 billion.

If Facebook can mimic Tencent's WeChat strategy, it could monetize Messenger's massive user base. The Messenger app would be used for chat, payment, gaming, and e-commerce services, just as the main Facebook app is used for photos, videos, status updates, and sharing links.

The evolution of an old idea
If Facebook convinces social game makers like Zynga (NASDAQ:ZNGA) or King Digital Entertainment (NYSE:KING.DL) to develop Messenger games, it would represent an interesting evolution of the relationship between Facebook and gaming companies.

For many years, Facebook was a solid platform for those social game makers, since it let gamers quickly connect with their friends. But over time, game makers became dependent on users nagging their friends with gaming requests to keep them engaged. This led to a flood of "social gaming spam" on the News Feed, which Facebook addressed by creating a new category of social game requests in 2010. Facebook also offered users more ways to block unwanted app notifications.

If Facebook turns Messenger into a gaming platform, it could force game makers to migrate their apps to Messenger by cutting off their access to the main Facebook app. In exchange, developers would get access to a dedicated messaging, payments, and gaming platform free from the typical News Feed distractions of food and baby photos.

Why this helps Facebook
If Facebook convinces developers to develop games for its mini-app store, the stand-alone Messenger app could cause problems for Google (NASDAQ:GOOG) (NASDAQ:GOOGL) and Apple (NASDAQ:AAPL).

All three companies take a 30% cut of app store sales. Third party app stores like Amazon's Appstore for Android and Samsung's Galaxy App Store keep that revenue for themselves. 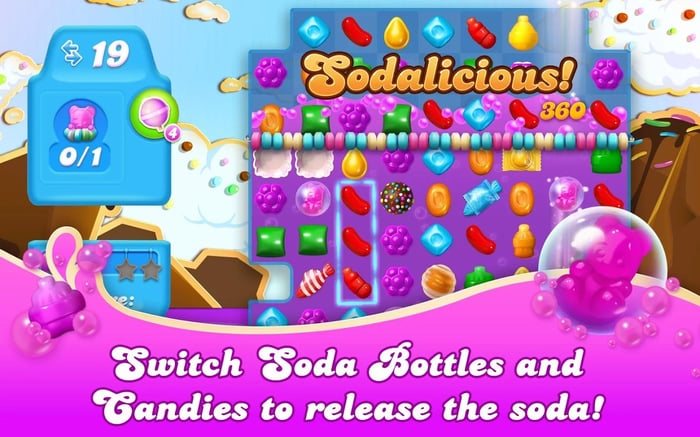 Let's not get ahead of ourselves yet...
The idea of Facebook launching its own chat-based ecosystem is interesting, but it probably won't happen anytime soon.

Convincing developers to port games to Messenger could be tough, especially when iTunes and Google Play reach more users. Developers also probably won't be eager to lock themselves inside Facebook's walled garden, especially when their apps can already connect to the network via single sign-ons. It could also be technically tough to develop apps which are compatible with multiple versions of Messenger on different mobile operating systems.

Nonetheless, investors should keep a close eye on Facebook's future plans for Messenger. If the company plays its cards right, it could eventually create a mini-ecosystem within dominant mobile ecosystems like iOS and Android.