Please ensure Javascript is enabled for purposes of website accessibility
Log In Help Join The Motley Fool
Free Article Join Over 1 Million Premium Members And Get More In-Depth Stock Guidance and Research
By Justin Loiseau – May 23, 2015 at 10:07AM

Are natural gas and renewable energy in competition or cooperation?

Natural gas and renewable energy often seem at odds with each other -- but there's one important reason these energy sources aren't the enemies they're often made out to be. Here's what you need to know.

Energy frenemy?
The natural gas revolution is often considered to be the single largest threat to renewable energy's expansion. Cheap natural gas has already helped knock coal out of the energy arena and put nuclear energy on the back burner. The U.S. Energy Information Administration (EIA) expects natural gas to account for a whopping 58% of all new capacity additions through 2040, followed by 38% from renewables, 3% from nuclear, and nothing from coal.

Thanks to new discoveries, technology improvements, and a rapidly expanding domestic production infrastructure, natural gas prices are at an all-time low. From a pre-Great Recession spike to $13 per million Btu, prices currently sit below $3. 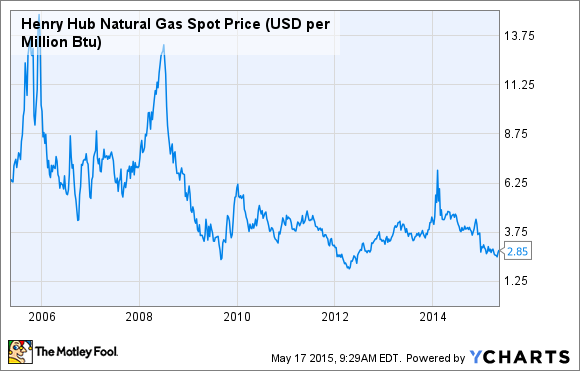 But natural gas isn't the renewable energy death toll many would have you believe. Here's why.

Peaking power
Not all energy is created equal, and natural gas fills a complementary role to renewable energy. In theory, wind and solar energy could easily provide all the power America ever needs. Our nation's current electricity generation capacity is around 1,200 GW. That's equivalent to 7.9% of wind power's potential and just 0.8% of solar's, according to the National Renewable Energy Laboratory. 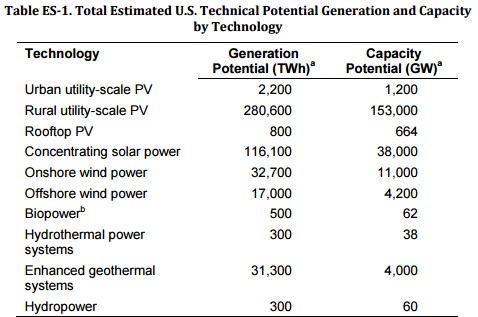 But the wind doesn't always blow, and the sun doesn't always shine -- which is where natural gas comes in. Natural gas fills a peak power niche in our electricity system. It's the pinch hitter in our energy game. Rather than run 24/7, natural gas-fired power plants are designed to boot up when we need electricity. They're generally more expensive to run than steady power suppliers like coal or nuclear, but they can quickly react to spikes in energy demand.

The EIA recently released its latest Annual Energy Outlook, and it looks as if natural gas and renewable energy use will ramp up alongside each other in the years to come. By 2040, the EIA estimates that natural gas will expand to provide 31% of our generation needs as renewables grow to 18%.

Energy balancing act
Rather than acting as substitutes fighting for a larger piece of America's power pie, natural gas and renewables act as complements. Nowhere is this more evident than in utilities' own energy portfolios, where companies with relatively large renewable energy investments are also loading up on natural gas. 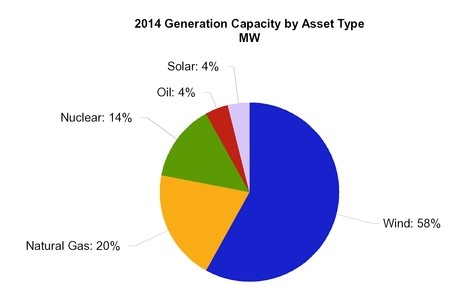 Dominion Resources (D 0.82%) has taken a similar approach. While Dominion Resources is widely known in investing circles as a natural gas and nuclear utility stock, it's ramping up renewables alongside. At the end of fiscal 2014, natural gas accounted for 39% (1,657 MW) of the company's competitive generation capacity, while recent wind and solar additions expanded these energy sources to a collective 13% of its power portfolio.

Earlier this month, Dominion Resources acquired another solar facility to increase its total long-term contracted solar portfolio to 384 MW in operation or development, a 52% boost over 2014 numbers.

Investors should consider their portfolios accordingly, and pick stocks that capitalize on both the diversity and complementarity of America's energy options.

Justin Loiseau has no position in any stocks mentioned. The Motley Fool recommends Dominion Resources. We Fools may not all hold the same opinions, but we all believe that considering a diverse range of insights makes us better investors. The Motley Fool has a disclosure policy.

If I Could Only Buy 1 Dividend Stock in September, This Would Be It
356%