Risk-averse investing may or may not be the right approach. Here are the factors you should consider.

If you're risk-averse, it generally means you don't like to take risks, or you're comfortable taking only small risks. When applied to investing behavior, the meaning changes slightly, and it can actually be damaging to your ability to produce the best returns over time.

Let's take a deeper look at the meaning and the implications. While being risk-averse as an investor isn't necessarily a bad thing, it's really about how you manage risk at different stages of your life that's important. 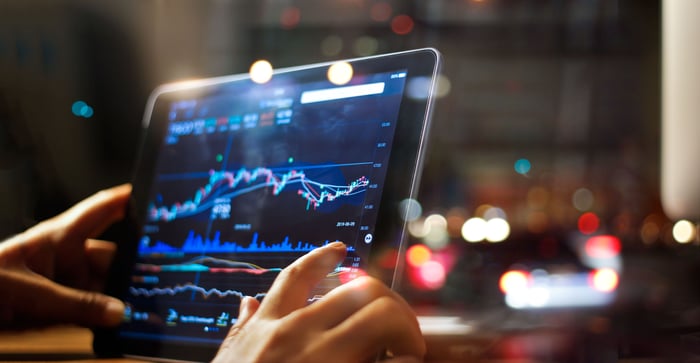 Risk aversion and investing
Almost everyone at some point has taken one of those investing questionnaires that attempt to measure your comfort level for personal risk. It may go along the lines of comparing two scenarios:

Someone who immediately gravitates toward the guaranteed return, even though it offers a significantly lower rate of return than the slightly higher-risk scenario, would be described as risk-averse.

Risk aversion and opportunity cost
There's a definite difference between being risk-averse and managing risk. The reality is that the closer one gets to requiring a nest egg as a source of income, risk aversion can make sense. However, the downside of being risk-averse is in the missed opportunity that comes along with taking on higher-risk, higher-reward investments if it leads you to avoid them altogether.

Before we can talk about that, though, we need to define what "risk" means.

Risk defined
In investing terms, risk is the chance of permanent loss of capital. The higher up the risk profile an investment is, the higher the likelihood that you'll permanently lose money. Ideally, if you're taking on more risk, you should also be increasing the potential returns.

Most commonly, being risk-averse will lead people to not invest in stocks, instead choosing "safer" options such as bonds, CDs, and savings accounts. Now, consider the following chart. Considering this is what the stock market does over short periods of time, versus the guaranteed payouts from things like U.S. Treasury bonds, it's understandable why some people become risk-averse: 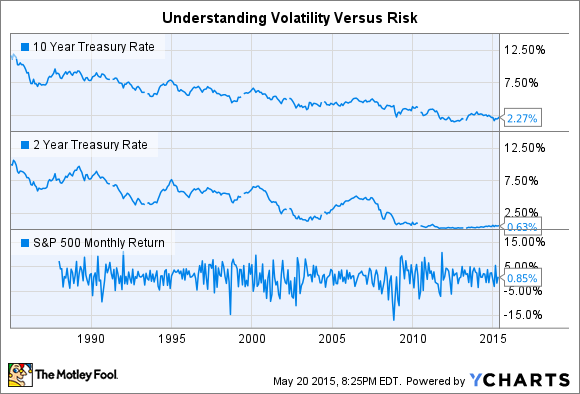 Yet that chart doesn't show stocks as being inherently more risky. It just shows them as being more volatile.

Volatility and risk
Yes, stocks are much more volatile than fixed-rate return instruments such as bonds, and there is more risk of capital loss. But the risk is almost entirely short-term in nature and can be reduced significantly by diversifying.

However, volatility -- the short-term ups and downs in stock prices -- becomes risk when your time frame is also short-term in nature. For example, a retiree shouldn't risk the capital that he or she will be depending on in the next several years by investing it in stocks, because of the short-term volatility of the stock market.

For example, General Mills -- the stalwart consumer-goods company -- saw its market value fall by one-third in the middle of the stock market crash of 2009: 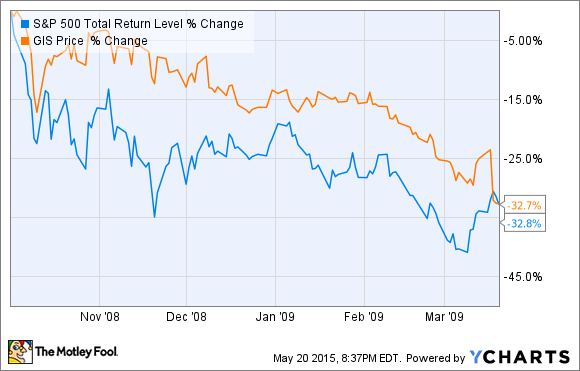 This happened even though General Mills was probably one of the safest investments anyone could have held. Even as major financial institutions were at risk of bankruptcy and the global financial system ground to a halt, people still had to eat, and General Mills remained solidly profitable and was never really at any risk. Its stock simply got caught up in the massive sell-off, just like almost every other public company.

People got scared -- after all, this was probably the biggest stock market collapse many people had ever seen. A lot sold off everything, throwing the baby out with the bathwater. However, by the end of 2009, General Mills' stock had fully recovered as sanity began to return to the markets, and was up 50% from its pre-collapse peak. Only those who sold in fear near the bottom lost money.

Investors who understood that General Mills wasn't at risk, but was significantly undervalued at the time, could have doubled their investment: 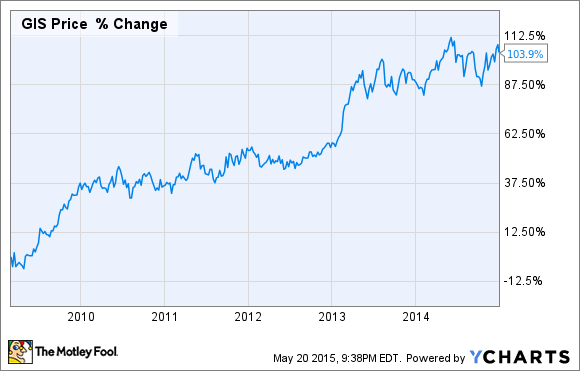 But over long periods of time, all of that volatility has historically meant greater returns, but only for people who are willing to ride out the short-term downturns and invest with their long-term timelines in mind. For example, an investment in a 30-year U.S. savings bond today would yield about 3% annually, while the historical annualized total rate of return for the S&P 500 has been closer to 10%.

While it may seem as if there's not much difference in dollars between 3% annual returns and 10% annual returns, consider that a $5,000 investment in the savings bond would be worth over $12,000 in 30 years. The stock market investment that averages 10%? More than $87,000.

The stock market investor, of course, would have to deal with years in which the investment lost 20% of its value on rare occasions, but that person would also benefit from those years when the market went up as much, or more.

Applying your behavior to your situation
In short, your risk profile should align with your investing horizon and time frame. If you're decades from retirement, the short-term volatility that makes stocks risky in those short periods of time leads to much higher returns over decades.

But once you move closer to and into retirement, taking a risk-averse approach to managing your capital, and avoiding even a small chance of losses with money you're going to need in the next few years, probably makes sense.