Your home may be your castle, but it's also the single largest component of your net worth. Last year, the U.S. Census Department took its most recent look at how much equity people have in their homes by age. The findings, which are based on 2011 data, offer valuable insight that may help you judge whether or not you're on the right track financially. 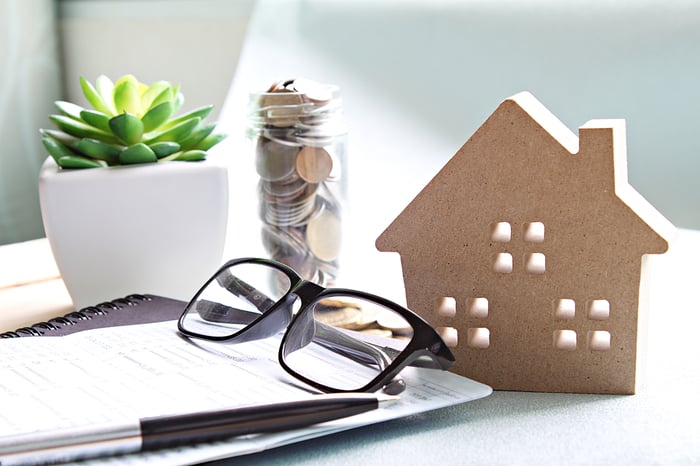 Once equity was calculated, the Census Bureau broke out that information by age groups ranging from people less than 35 years old to people 75 and older.

What are the numbers?
Because most people buy their homes with a 15-year or 30-year mortgage, and home prices have increased over time, it's probably not too shocking to discover that the amount of home equity peope have increases as they get older.

People tend to buy their first homes when they're younger than 35. As a result, the median amount of home equity for people below that age totals just $20,000. That amount steadily climbs, however, as mortgages get paid down. Once you retire, the growth in your home equity flattens out because your mortgage has been paid off. Home equity's impact on financial security
Even though a typical American may have built up substantial equity in a home, he or she still may be in for an unwelcome surprise at retirement. That's because home equity, rather than income-producing investments, represents the single largest contributor to net worth.

According to the U.S. Census Bureau's data, the typical American's net worth at age 65 is $194,226. However, removing the benefit from home equity results in that figure plummeting to just $43,921. The general rule of thumb is that investors should withdraw only 4% of their retirement savings for retirement income. Therefore, it's unlikely that most savings accounts will prove adequate funds to cover monthly expenses.

That means that most retirees are likely to be heavily reliant on Social Security to cover their bills. Because the average retiree receives just $1,333 per month in Social Security income -- an amount that isn't going to provide a lot of financial flexibility -- many people may be forced to refinance or sell their homes in order to tap the equity that has been built up.

Getting back on track
Being mortgage free in retirement is a goal worth pursuing because it reduces your monthly expenses; but you shouldn't ignore the importance of having other investments that can kick off retirement income. An approach that balances paying down debt with consistently putting away money for retirement could be best.

If you feel like you're falling behind in accumulating equity in your home, consider making an additional monthly payment every year. That will help you build up equity quickly, while also reducing your total interest payments. At the same time, consider making changes to your monthly spending. Even small changes can free up hundreds of dollars in additional money that can be set aside every month, and that can lead to big money down the road.

For example, the average person age 35 to 44 has a median $61,500 invested in stocks, mutual funds, and retirement accounts. If a 40-year-old with that amount adds $200 per month to those investments, and earns a hypothetical 6% annualized return, then his or her account would grow to be worth $395,624 at 65.

However, if that monthly investment was increased from $200 to $500, then that nest egg would soar to $593,137. That's a big difference, and those additional dollars could end up going a long way toward making sure that you don't need to tap into your home equity later on in life.