Gilead Sciences' (NASDAQ: GILD) underlying business has been firing on all cylinders lately. The launch of the company's hepatitis C franchise, potent new single tablet regimen HIV drugs like Stribild, and entrance into the high growth oncology market with Zydelig have all helped to grow non-GAAP diluted earnings per share by a staggering 99% year over year: 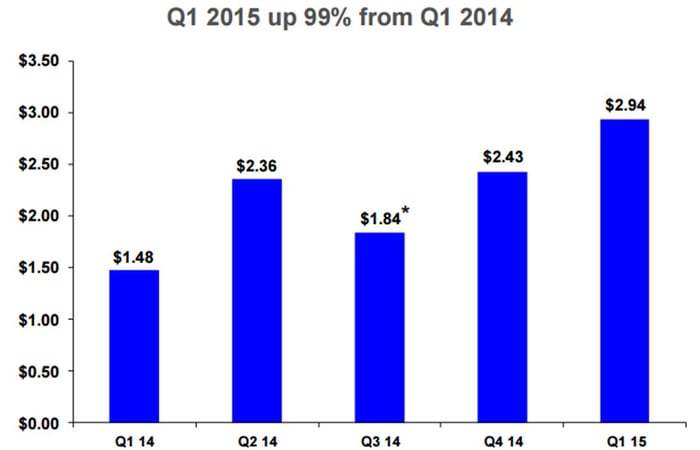 The market, though, remains unimpressed. In fact, Gilead's share price has drastically underperformed the red hot biotech industry over the past year: 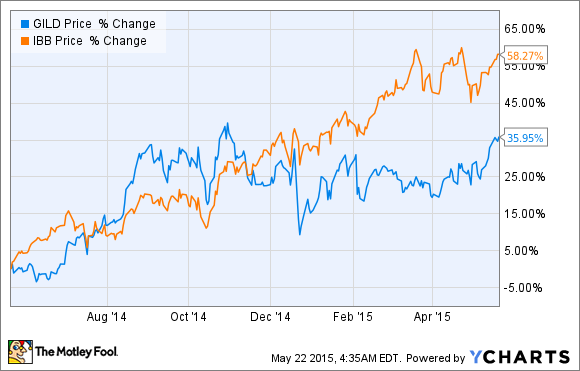 Gilead's hep C revenues are under threat
The Street's take is that Gilead simply won't be able to maintain its overwhelmingly dominant position in the rapidly-growing hepatitis C market, and it's apparently doubting the long-term sustainability of the market's rocketlike growth trajectory as well.

After all, several competing experimental hep C therapies, that would cut the average treatment time from 12 to 6 weeks, are currently in the works. In fact, Gilead even has its own multi-drug combo in clinical testing for this purpose.

Understanding the long-term value of the hep C market is further complicated by the fact that hep C infection rates among Western countries -- that are by far the most profitable geographies for these drugs -- have been plummeting since the 1990's due to the implementation of blood screening tests.

So, the confluence of competitors potentially flooding the market, the looming introduction of drugs that can be administered for only six weeks, and fewer patients in Western nations, are all serious threats to Gilead's growth going forward.

Gilead has a monstrous, albeit overlooked, competitive advantage
While investors shouldn't take these headwinds lightly, Gilead does hold an ace, so to speak. The company's ability to repeatedly develop game-changing drugs that dominate huge markets like HIV and hep C is no accident. And to understand how this came to pass, one only has to look toward the company's CEO John C. Martin. 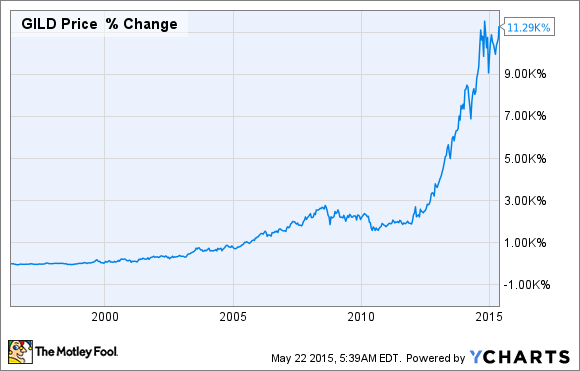 Martin's success is tied to his strategy of acquiring small and medium size drugmakers with early stage assets and subsequently leveraging his company's ability to rapidly develop their most promising clinical candidates.

Prior to Martin becoming CEO, Gilead's sole focus was the development of drugs for HIV. Over the last 16 years, however, Gilead has acquired 14 pharma companies that have greatly diversified the biotech's product portfolio, leading to the tremendous revenue and EPS growth referenced above.

Gilead, for example, now has clinical assets and commercial products in the cardiovascular, hepatitis C, pulmonary, and oncology markets. These acquisitions have also greatly strengthened Gilead's HIV franchise, allowing it to combine multiple drugs into the single tablet regimens on the market today.

Going forward, Martin's recent acquisitions of EpiTherapeutics and Phenex Pharmaceuticals should help the company build out its oncology and liver disease product pipelines, respectively. And these two huge markets have the potential to more than offset any losses from falling hep C sales.

Key takeaways
Gilead's hep C franchise may indeed be peaking right now. A deeper look at the biotech and its top notch CEO, though, should reassure investors that the company's best days probably lie ahead.

Martin has been busy snapping up promising early stage assets in high growth markets, and the company has over $14 billion in cash at present that it can use to buy a host of additional drugmakers. So as long as Martin is at the helm, Gilead should thus have a sustainable competitive advantage over most, if not all, of its biotech peers.