State vehicle property taxes vary widely. How does your state stack up?

How high is your "car tax"?

State property taxes on real estate and on cars vary widely, and not necessarily in the ways you'd expect.

While it's not much of a surprise that "red" states (those that voted Republican in the 2012 presidential election) tend to have lower real estate property taxes than the "blue" states (which voted Democratic in 2012), it often works the other way around when it comes to vehicle property taxes.

That said, it's probably also little surprise that you'll pay the highest vehicle property taxes in a deep-blue state that hasn't gone for the Republican candidate in a presidential election since 1984. But you might be surprised by how many red states made the top 10 of highest car taxers. 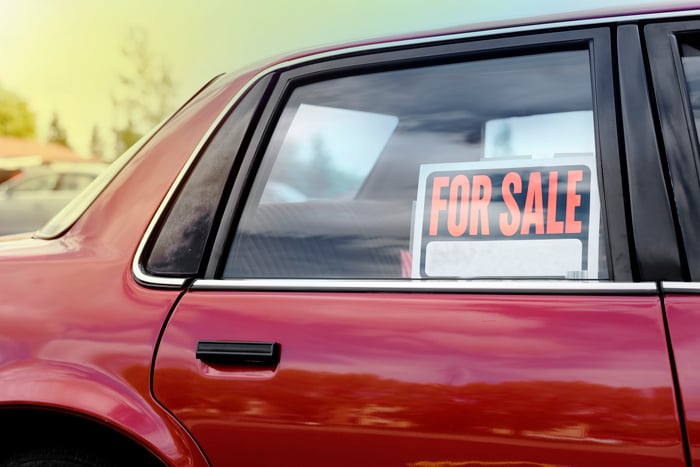 The "live free or die" state famously has no state income taxes, but new residents are often unpleasantly surprised to find New Hampshire's state government makes up for it with other taxes. Only two states have higher average real estate property taxes than New Hampshire, according to WalletHub, but the state does a little better on the vehicle property tax front, with an average annual payment of $413.

This very red state has some of the lowest real estate property taxes in the nation -- fifth lowest out of 51 (counting the District of Columbia), says WalletHub -- but you'll get clobbered (relatively speaking) on the vehicle property taxes, with an average payment of $416.

"Taxachusetts" is actually close to midpack for real estate property taxes, coming in 31st lowest in WalletHub's rankings, but it's not so good on car taxes. Residents pay an average car tax of $517.  But there are quirks in Massachusetts's system: Your humble Fool once had the amusing experience of owing the state just $7 in annual car tax on a rare (and valuable) old Aston Martin. Apparently the state's formula didn't take the car's market value into account, just its age -- and it decided the car was old enough to have depreciated to near-worthlessness. (Fortunately for me, when it came time to sell, the market had a different view of the Aston's value.)

The third New England blue state on our list (yes, there will be more) checks in with a stout average vehicle property tax payment of $551. Like Massachusetts, the home of moose and L.L. Bean does a bit better when it comes to real estate property taxes, 35th lowest in WalletHub's rankings.

The "Show Me" state went for Mitt Romney in 2012, but the Missouri government isn't quite as averse to taxes as you'd expect. While Missouri does OK on the real estate tax front, checking in at 26th lowest, residents pay a hefty average car tax of $595. 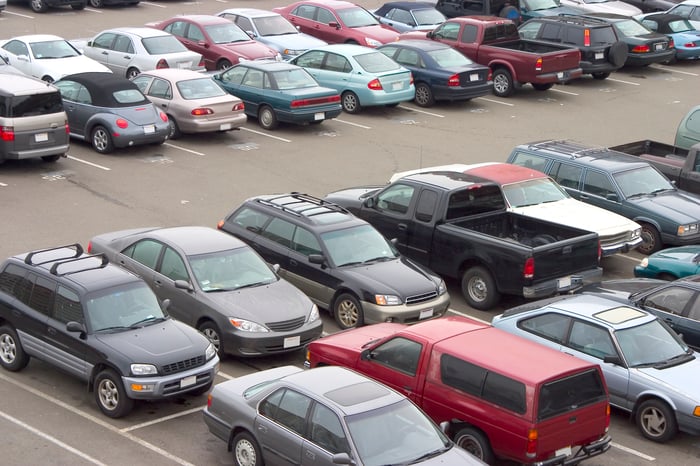 Yep, it's another New England blue state. (And no, we're not done with them quite yet.) You'll get clobbered on all fronts in Connecticut, which is one of the most expensive states when it comes to real estate taxes (46th lowest) and among the worst in car taxes. Residents pay an average of $630 in state vehicle property taxes, says WalletHub.

The Magnolia State is decidedly red when it comes to its politics, and the state government has a fairly gentle hand on real estate property taxes -- Mississippi ranks 15th lowest on that front. But car taxes are a different story, with residents paying a hefty $743 a year on average.

Gov. Sam Brownback famously cut his very red state's taxes so deeply that Kansas is now trying to dig out of a shortfall, but residents still get clobbered on property taxes, according to WalletHub. Kansas ranks 37th for real estate taxes, and only two states pay an average vehicle property tax higher than the Sunflower State's $905 average.

The Old Dominion State went blue in 2012, but it was a deep red state for years, and as you'd expect from that history, Virginia's real estate property taxes are quite modest. The state ranked 16th lowest on that front in WalletHub's analysis. But only one state has a higher car tax: Virginia residents pay a hefty $962 on average.

Yep, our "winner" is the smallest of the New England blue states. Rhode Island is physically small, but it's densely populated, with a long history of deep-blue politics -- even the state's Republicans have historically tended to be pretty liberal. The combination has made for hefty tax rates: Rhode Island ranks 42nd cheapest on the real estate tax front, and yet it ranks as the most expensive regarding vehicle property taxes, with residents paying a whopping average $1,333 per year.