The best way to learn how to save and invest in your 20s is to learn from the mistakes of those who have been there.

When it comes to saving and investing, nobody's perfect -- especially 20-somethings. It's only natural to have some misconceptions and make some mistakes along the way, and to be honest, sometimes mistakes are the best way to learn

Many of our writers experienced some financial speed bumps early in their adult lives, and we want you to learn from their mistakes so you don't make them yourself. With that in mind, we asked five of our writers what they wish they would have known about money in their 20s. Here is what they had to say.

Selena Maranjian: I got my financial wake-up call in my 30s, and was very happy I did. I had been stockpiling my extra dollars in a bank checking account, not thinking of any better place to put them, when I woke up to the great importance of saving and investing for my future.

What got me was the math, the tables, and the charts. For example, check out the chart below to see how powerful time is when you're investing. See how a single $5,000 investment will grow over different time periods. (Let's assume it grows at the stock market's historical average annual rate of close to 10%.)

If you're 45 or 57 years old and reading this, it might be a bummer. But take heart... you probably earn more than you did when you were in your 20s. If you sock away $10,000, you might amass sums twice as big as the ones above. If you only have 20 years, from age 45 to 65, before you retire, you can still amass a lot of money by saving aggressively and investing effectively.

Dan Caplinger: One of the earliest investing mistakes I made was to buy into mutual funds that carried substantial fees just to buy the fund. The funds were sold by a representative at a local bank branch, and I made the classic mistake of relying on their past track records to justify paying a $14.38 sales load for the first $250 investment I ever made.

Admittedly, that load isn't a huge amount of money. But during the past 30 years, that fund has risen 13-fold, so the amount I lost to fees has essentially cost me almost $200 in lost returns. Moreover, the annual expenses on this fund were as much as a percentage point higher than on similar index mutual funds, and that has probably cost me a third or more of what I would have had if I'd gone with a lower-cost alternative.

My only good fortune was that, at the time, I didn't have more to invest, and by the time I got a full-time job, I had already discovered better no-load mutual fund alternatives that wouldn't cost me nearly as much in upfront loads or annual fees. For those who are just getting started with investing now, don't repeat my mistake: If you want a mutual fund, take a close look at low-cost index funds, and steer clear of sales-commission-laden choices. You'll be glad you did.

Matt Frankel: When I was in my 20s, I wish I would have realized that "boring" stocks are often the best ones to buy, even for young people with high risk tolerances. I spent too much of my 20s buying stocks like First Solar (at $210 per share!), figuring I could take on the risk and wait for the company to mature.

I also had the bad fortune of learning to invest in the early 2000s, right before the financial crisis. Those years were definitely exciting, and not in the good way -- especially for most speculative stocks. You could say that I learned some rather expensive lessons early in my investing career.

Instead, if I would have bought stocks like Johnson & Johnson and ExxonMobil and simply let the magic of compound gains take effect, I would have been in pretty good shape now, more than a decade after I got started. 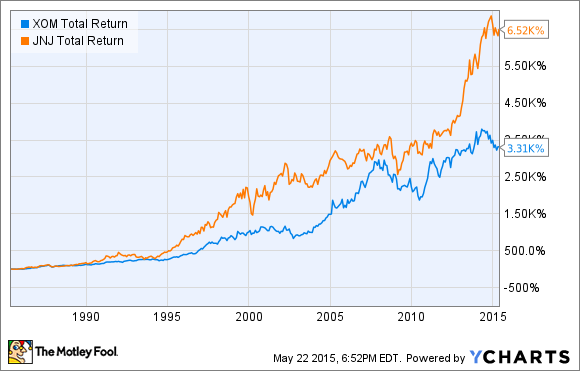 The problem is that many younger people would never consider buying "boring" stocks like these. I wish I would have learned earlier that most of your investment portfolio should be in boring stocks, with a minority of the holdings in more "exciting" companies.

Eric Volkman: In my 20s, I worked for a European investment bank, and was therefore surrounded by scores of bright people. One was a high-IQ analyst and strategist who made offhand comments about Franco-British rail services company Eurotunnel, which I turned into a disastrous stock investment.

The company had numerous problems, not least a debt pile amounting to billions of pounds/francs. But no matter, said my friend. After all, Eurotunnel owned its namesake asset -- the transportation tunnel under the English Channel connecting Britain to continental Europe -- "and it ain't going nowhere. Sooner or later they'll have to turn a profit."

"Sooner or later," ended up being more than a decade. Oh, and after buying my shares, I learned that the company didn't, in fact, own the tunnel after all. Crash went the stock after I bought it.

The financial world is full of smart people, many of whom are justifiably considered experts about money and investing. But like the rest of us, they can be wrong, and they're absolutely no substitute for an investor doing his or her own due diligence. Had I been wise to that back then, I could have avoided that train wreck of a stock buy.

Jason Hall: The one thing that I wish I'd really understood about money in my 20s is how important it really is to "pay yourself first," and then leave that money alone.

I've written before about my biggest investing mistake -- cashing out a 401(k) not once, but twice, and both times before turning 30. What I haven't talked about is how important the power of even small amounts of money -- when invested properly -- and time -- specifically very long periods of it -- combine to produce life-changing results. If I had truly understood this, I would never have been tempted to cash out those small amounts from my 401(k)s in my 20s.

The idea behind paying yourself first is really simple. Not only does it fund things that should be a priority first, like emergency savings and retirement, but it also forces you to adjust to the reduced take-home income. The reality is, for most people, it's easier to adapt to a smaller paycheck than it is to find the discipline to fund savings and retirement after the money is already in your hand. The second part – leaving your investments alone – is the more important lesson.