Please ensure Javascript is enabled for purposes of website accessibility
Log In Help Join The Motley Fool
Free Article Join Over 1 Million Premium Members And Get More In-Depth Stock Guidance and Research
By Evan Niu, CFA - Jun 13, 2015 at 11:40AM 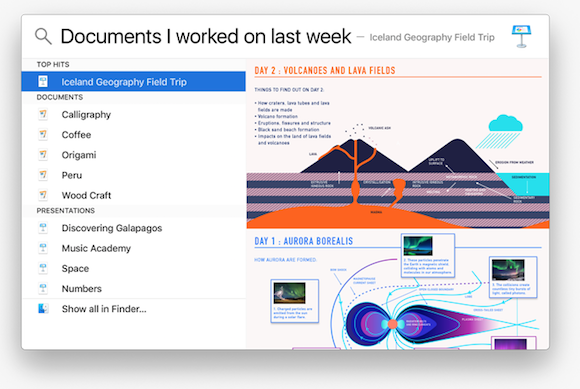 Internet entrepreneur and angel investor Jason Calacanis sure knows how to make headlines. The entrepreneur turned blogger boldly proclaimed earlier this year that Apple (AAPL 1.62%) would be acquiring Tesla Motors within 18 months for a mind-boggling $75 billion.

That's not happening. Calacanis is now asserting that "Apple is launching [a] search engine to destroy Google" (GOOG -0.27%) (GOOGL -0.21%). What on Earth is Calacanis talking about?

Spotlight is not a search engine
Calacanis is actually just talking about Apple's Spotlight feature, which has long been a part of OS X. Apple has been working on increasing Spotlight's capabilities in recent years. Historically, Spotlight was used to search local files on a Mac, but also performs Web searches these days. Importantly, Microsoft (MSFT 1.07%) Bing displaced Google last year in OS X Yosemite and iOS 8 as the backend provider of Spotlight's Web search results.

That's precisely the point here. Apple is not building or launching a search engine, as the company actually knows very little about Web search. As it pertains to Web search, Spotlight is just a search interface, not the actual engine driving the results behind the scenes. There's quite a big difference there.

Furthermore, Apple likely has absolutely no interest in getting into the search market, especially as it continues to position itself as a major proponent for consumer privacy. All search engines are built on advertising, because search ads are just so darn lucrative. Apple's iAd platform was built expressly for the benefit of developers so that they can better monetize their apps -- Apple isn't interested in building a search business for itself.

Two more bold suggestions (that aren't happening)
But wait, there's more! Calacanis also suggests that Apple could purchase the spotlight.com domain name for $10 million as the foundation for this purported search engine. An even more ambitious move would be to simply acquire DuckDuckGo, the "anti-Google" search engine that emphasizes user privacy, to give it yet another jump-start.

Both of these suggestions are predicated on the notion that Apple has search ambitions in the first place. As noted above, that's probably not the case.

Two wrongs don't make a right
What is very likely happening, though, is that Apple does indeed want to chip away at Google's position in whatever small ways that it can, such as partnering with Bing. Microsoft's search engine now powers Spotlight Web search, as well as Siri Web search. To the extent that iOS users query through one of these interfaces, it does incrementally hurt Google's business. But that's probably a minuscule subset of users.

Calacanis believes that Tim Cook is exacting "slow revenge" on behalf of Steve Jobs, predicting that Apple can knock "10 points" off of Google's U.S. business. It sounds like he's referring to market share, in which case a 10% hit in market share is quite a tall order to fill. 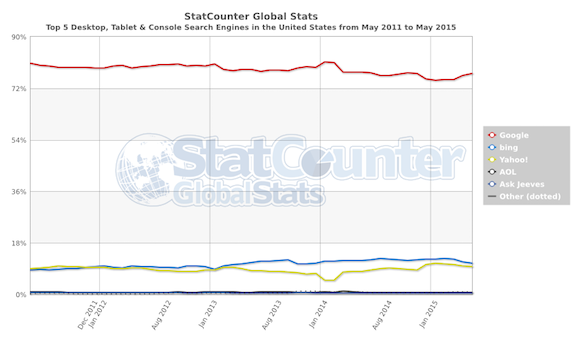 According to StatCounter, Google's U.S. market share has wavered modestly during the past four years, but the search giant is still clearly the dominant search engine with 77% market share as of last month. Wrong again, Calacanis.