Investors should ponder these three questions about IoT-related stocks.

There's been plenty of bullish buzz about the Internet of Things (IoT) market, which connects everyday objects to each other and the Internet. Networking giant Cisco believes that the number of connected devices will double from 25 billion this year to 50 billion in 2020, and IDC forecasts that the size of the global IoT market will surge from $1.9 trillion in 2013 to $7.1 trillion in 2020. 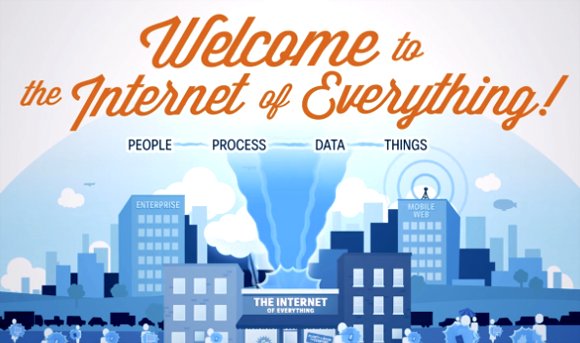 While the IoT market certainly has the hallmarks of the "next big thing," a few problems could also prevent it from reaching its full potential. Let's take a look at the three main things investors should consider before investing in IoT-related stocks.

1. Security problems
The biggest problem with connecting billions of devices to the Internet is that security issues multiply. An IoT hacker could hijack your connected car, cut the power to your smart home, or track your daily movements on wearable devices.

Last year, Hewlett-Packard reported that 70% of the 10 common smart home devices were vulnerable to hacks, and each device had an average of 25 vulnerabilities. This March, James Lyne, Global Head of Security at Sophos, demonstrated at Mobile World Congress that Internet-connected CCTV cameras could be easily hijacked with an outdated "brute force" attack. Lyne also discussed how easy it would be for hackers to hijack wireless power systems and make light bulbs explode.

The 2015 Cadillac Escalade is one of the "most hackable" cars in the world. Source: GM.

IoT companies are beefing up the security in their real-time operating systems (RTOS) to counter those threats. ARM Holdings (ARMH), which licenses its Cortex-M embedded designs for IoT chipmakers, recently acquired Dutch security firm Offspark to boost the security of its RTOS, mBed. ARM is also in talks to acquire Israeli security firm Sansa Security. Intel has also secured its RTOS, VxWorks, with security features it gained by acquiring McAfee in 2010. While security is certainly improving, consumers could still shun overly exposed IoT devices due to concerns about hacking.

Drawing all those lines in the sand help companies secure alliances, but they don't really help IoT device makers or consumers. For example, conflicting standards might prevent your wearables from synchronizing to your home, or keep your mobile device from connecting to your car.

It's a problem that the industry calls the "basket of remotes." Despite the availability of universal home remotes since the 1980s, most home remotes are still paired with a single device. If companies were unable to convince people to use a single remote for TVs, air conditioners, and stereos over three decades, how could it possibly convince people to use smartphones for that same purpose?

3. Changing human habits
The "basket of remotes" problem is caused by technological growth outpacing human habits. Apple co-founder Steve Wozniak recently acknowledged this at the World Business Forum in Sydney, stating: "I feel (the IoT market) is kind of like a bubble, because there is a pace at which human beings can change the way they do things."

Google Glass is a good example of this problem. In theory, Glass seemed like the perfect hands-free evolution of the smartphone. In reality, wearing a camera on your face was a social faux pas. Smartwatches could also be headed down the same path. A UBS survey last December found that just 10% of respondents even wanted one, despite all the media hype surrounding Apple Watch and Android Wear devices.

That's not to say all IoT ideas belong in the basket of remotes. Dashboard mirroring solutions like Apple CarPlay and Android Auto should fare well, since they simply require drivers to sync their phones to their cars. Some smart home appliances, like air conditioners and security systems, will also likely come standard with new homes.

Do your due diligence
When analyzing IoT-related companies, investors should check if their products or services are secure, interoperable with other devices, and reasonably designed for mainstream habits. If they aren't, any promises of explosive growth should be taken with a grain of salt.