By now, most investors in General Electric Co. (NYSE:GE) will be aware of management's plans to shift the company toward generating 90% of its profits from industrial operations by 2018. Alongside this move, General Electric is also busy trying to generate orders for three key technologies. All three are within its core operations, and their success will help convince the market that CEO Jeff Immelt has put the company on the right track.

The three technologies in question are industrial gas turbines, aircraft engines, and locomotives, and investors hope orders expand as planned. A  brief look at them:

Management recently estimated that LEAP would generate $200 billion in sales over its lifetime, while the HA turbine is forecast to bring in $100 billion and the Tier 4 locomotive about $40 billion. To put these figures into context, the total company backlog stood at $263 billion at the end of the first quarter. 3 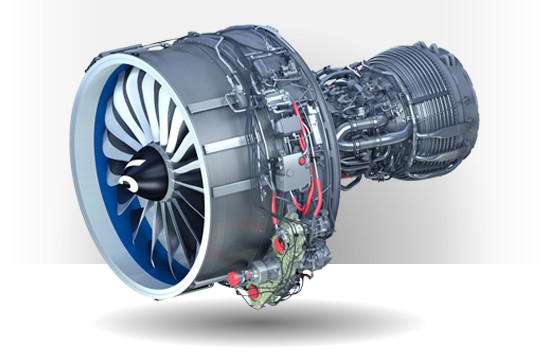 LEAP engine orders
According to recent corporate presentations, the LEAP engine is winning close to 79% of orders available on the Airbus A320neo and Boeing 737 MAX aircraft. Of course, this figure needs some qualification because the 737 MAX has LEAP as its exclusive engine. Nevertheless, a 55% win rate on the A320neo is impressive given the strong competition from Pratt & Whitney's PW1000G geared turbofan engine.

The A320neo with LEAP engines has already made its maiden flight, and the 737 MAX will be flight tested in 2016, with first deliveries due from the second half of 2017. Essentially, the LEAP engine has the leading position on the two most widely used narrow-body aircraft. Boeing has more than 2,700 orders for the 737 MAX, while Airbus claims over 3,800 firm orders on the A320neo family of aircraft. Provided the commercial aerospace industry continues to grow and there are no issues with the 737 MAX with LEAP engines, investors can expect strong growth from GE's aviation unit in the future.

Industrial gas turbines and Tier 4 locomotives
The first HA gas turbine is set for delivery to Electricite de France in July, and management has high hopes that the 7HA (designed for 50HZ power supply commonly used in Europe) and the 9HA (for 60HZ as used in the U.S.) will grab significant share in the large market.

The new HA turbine is an air-cooled unit that builds upon General Electric's earlier, and more complex, steam-cooled H-class gas turbine. Only six of the H-class steam-cooled units were sold, making the system something of a disappointment.

However, according to Bloomberg, the company plans to sell as many as 500 HA turbines by 2030. Indeed, it already has 16 units in its backlog. Clearly, orders could pick up when the first units become commercially operational and their efficacy can be demonstrated through customer usage.

Turning to the Tier 4 locomotive, General Electric's is the first locomotive approved that meets the emissions standards and is already in production. This stands in stark contrast to Caterpillar's offering, which probably won't be available by 2017. Meanwhile, GE received 1,355 Evolution Series Tier 4 locomotive orders in 2014 alone.

The Foolish takeaway
All told, the initial evidence from these three products is positive. The LEAP engine is competing well against Pratt & Whitney on the A320neo, HA gas turbine orders are off a solid start, and General Electric is stealing a march on Caterpillar with Tier 4 locomotives.

It's early yet, but it appear the company is competing well with its new core technologies -- a very positive sign as management transitions the company back to its focus on industry.