Jason Hall, Dan Caplinger, and John Maxfield
(TMFVelvetHammer)
Author Bio
Born and raised in the Deep South of Georgia, Jason now calls Southern California home. A Fool since 2006, he began contributing to Fool.com in 2012. Trying to invest better? Like learning about companies with great (or really bad) stories? Jason can usually be found there, cutting through the noise and trying to get to the heart of the story. Follow @TMFVelvetHammer

Home prices are climbing -- fast. According to the National Association of Realtors, May's price jump marked 39 consecutive months of price increases. And while it's only natural that prices have climbed from the lows they sank to after the housing bubble burst, they jumped a remarkable 7.9% from May 2014 to May 2015. On top of that, the NAR reported that the number of existing homes sold jumped 5.1% to a seasonally adjusted rate of 5.35 million.

Median home prices have shot up a whopping 35% in the past four years, and the number of homes sold is up almost 30%:

Is this Housing Bubble 2.0? And if so, is it getting ready to burst? We asked three of our experts to weigh in on the topic. Here's what they had to say.

Dan Caplinger
There's definitely an argument to be made that the U.S. housing market has moved back into bubble territory.

Monthly home-price data has shown year-over-year gains for more than three straight years, and when you look at markets across the nation, about two-thirds of all states have seen prices return to within 10% of their record-high levels. Moreover, as Jason and John point out below, certain localities are facing major restrictions in housing supply. Factor in high demand from low interest rates and a recovering economy, and there has been substantial growth in prices.

One of the biggest factors supporting housing has been the low-interest-rate environment. Nervous economists have hoped that the Federal Reserve would step in with interest rate increases in order to reduce the incentive to buy homes and to keep the pace of any price hikes slow. So far, though, the Fed has been reluctant to return interest rates to more normal levels, and even though the longer-term bond market has seen modest rate increases, mortgage rates remain at attractively low levels. 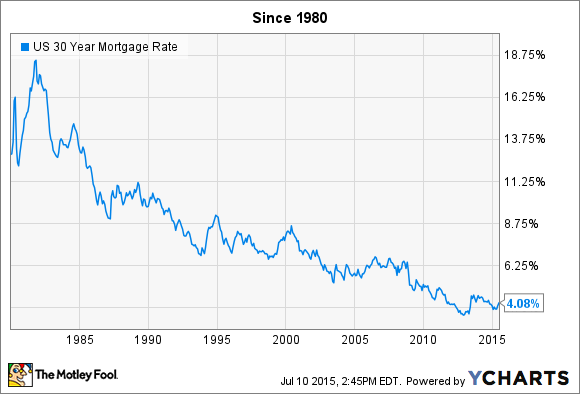 Even though the level of mortgage debt throughout the economy is well below where it was in the mid-2000s, keeping rates low could spur more borrowing in the near future. The more housing prices climb, the greater the fall could be once the Fed starts to act.

John Maxfield
I understand why a person might think we're in the midst of another housing bubble, but I believe the concern is unwarranted.

Two friends of mine recently put their home on the market in Portland, Oregon. In less than a week, they received 15 offers and sold it for $60,000 more than their asking price. Another friend and his wife are trying to buy a home in Austin, Texas. They originally planned to spend $500,000 but have since doubled their budget to $1 million in order to compete for the kind of home they want.

But the problem isn't that there's a bubble, which would imply irrational price inflation; it's that there simply isn't enough supply to satisfy demand. Thus, assuming the laws of supply and demand still govern the housing market, it seems to me that prices are doing precisely what one would rationally expect them to do.

Jason Hall
As Dan pointed out, a lot of markets are sneaking up on their pre-bubble peaks. But it's worth noting that those prices are nearly a decade old at this point. The housing market has come a long way, and housing, like politics, is local. Furthermore, the crash that started a global financial crisis wasn't so much a housing crash as it was a speculation crash; housing became something that way too many people thought they could make money on.

Today's housing market is as much about first-time homebuyers as the recent crash was about people trying to flip houses for profits. I submit the following as evidence: 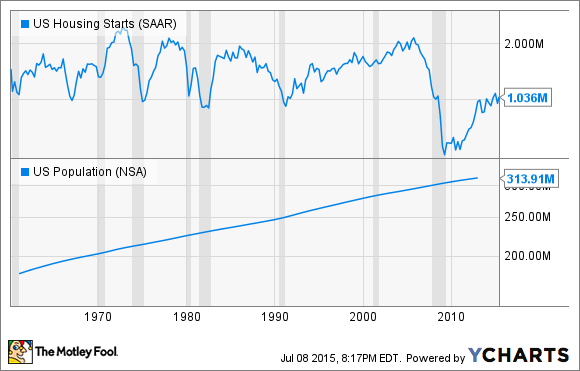 As The Motley Fool's Morgan Housel wrote a few years back, the U.S. adds more than 1 million new households per year. New-home construction was consistently below that mark for most of the past five years, meaning inventory hasn't kept up with growing demand. In other words, normal supply and demand are playing a big role in price increases, and there's a lot of pent-up demand, as the growth in first-time buyers indicates.

NAR chief economist Lawrence Yun is on record stating that new home inventory is a big reason prices are climbing. In other words, there are more buyers and not enough inventory. That growth in first-time buyers is also corresponding with a strengthening jobs market. In other words, demand could grow higher -- sending prices up even more -- in the next few months.

But to Dan's point, interest rates are the wild card. It's likely that rising rates -- almost a foregone conclusion at this point -- will put some pressure on housing prices in many markets over the next few years. It's also likely that builders in high-demand markets will ramp up building as demand increases as well.

Add it all up, and higher rates and more new-home construction are sure to have some impact, but it's not likely that we'll see another collapse in the foreseeable future.