The investment bank and the notorious short seller take different sides on Netflix.

News that the United States and five other nations have inked a historic nuclear agreement with Iran is leaving equity traders indifferent on Tuesday, as the Dow Jones Industrial Average (^DJI -0.50%) and the broader S&P 500 (^GSPC -0.72%) are both up just 0.4% at 12:25 p.m. EDT. The technology-heavy Nasdaq Composite was up 0.7%.

Meanwhile, shares of Netflix (NFLX -1.85%) are retreating from the all-time high they set yesterday, when they closed above $700 for the first time -- with impeccable timing, since the shares are due to split 7-for-1 today. 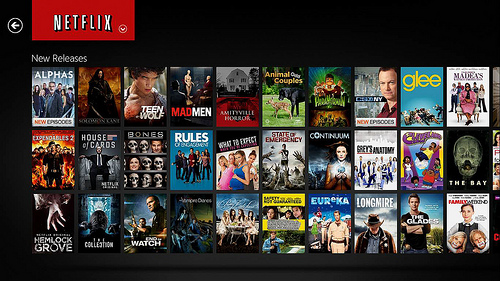 Who's right on Neflix: Goldman Sachs or David Einhorn?
Yesterday's 4% price gain was driven by the publication of a note by Goldman Sachs, in which the broker lifted its price target by roughly a quarter to $780, concluding that "we believe that the opportunity in shares of NFLX remains compelling." Goldman's call set the tone for the day, even as a voice of dissent emerged from another influential party late in the trading session: David Einhorn, a value investor who gained enormous notoriety for his bearish call on (and short sale of) Lehman Brothers.

In his second-quarter investor letter, which was leaked on the Internet with less than a half-hour left in Monday's session, Einhorn asserts that "NFLX changed its story and pushed its promises into the distant future" when it announced its first-quarter results in April. Einhorn goes on to predict "that sometime in the next few years, MU [Micron Technology, one of Einhorn's holdings] (currently valued at $20 billion with $3.7 billion of trailing net income) will be worth than NFLX (currently valued at $40 billion with $240 million of trailing net income)."

Between Goldman and Einhorn, who is right on Netflix? Both. How can I write that in earnest? This may sound peculiar, but I'm not convinced their views are entirely inconsistent. Here's why:

I don't take exception with those statements except with the characterization of the 2020s as "the distant future." For a business-focused equity investor, a 10-year investing horizon, which would take us out to 2025, isn't excessive -- it's mandatory. I do agree with Einhorn that many Netflix shareholders may be wrongly focused on a much shorter holding period.

The benefits of patient investing are exemplified by Motley Fool co-founder David Gardner, who first recommended Netflix in his Motley Fool Stock Advisor service over a decade ago, in October 2004. David recommended the shares five more times since then and has never recommended investors sell the shares; the returns on all six recommendations have been spectacular.

At the other end of the spectrum, brokers such as Goldman Sachs cater to the "investors" with a myopia that Einhorn alludes to. Analysts typically publish 12-month price targets, which are totally useless with regard to their stated purpose, given the unpredictability of stock prices over such a short period. However, analysts' fundamental research is often farther-reaching and more insightful.

For example, Goldman predicts that Netflix's operating margins will expand from 6% currently to 19% in 2020, thanks to the "increasingly fixed nature" of content costs, compounded with subscriber and average revenue per user growth.

Netflix is a growth play so it is natural that it is being evaluated "by how much it spends," inasmuch as investors must estimate the future return on current investments. Is Netflix's current valuation "borrowing" from an uncertain future? Yes, but that's the nature of growth investing. Take Amazon.com (AMZN -1.85%), for example: Investors are still waiting for significant profits, yet the stock has been a huge winner. Furthermore, Netflix has a solid track record of being able to deliver operational results basis and, perhaps more importantly, adapt in order to fend off competition.

There is an old saw about stock forecasting that in order to be successful, one ought to make predictions about price or timing but never about both simultaneously. Similarly, although Einhorn predicts that Micron's valuation will once more surpass that of Netflix, he did not say where they would meet.