Over 3 million new subscribers joined the streamer's service last quarter. Here are the three shows that propelled those huge gains.

Profit was $0.06 per share, above Wall Street's $0.04 per share target. But the surprising addition of 3.3 million global subscribers meant a lot more to the business. And the key factor behind that higher-than-expected growth, according to CEO Reed Hastings, was Netflix's improving original programming slate.

The company had its busiest quarter yet of high-profile exclusive content launches on its way to tripling its original content output to 300 hours in 2015. Here are three shows that had an impact on subscriber growth -- and what they say about the streamer's business strategy.

Milking the Disney partnership
Daredevil launched on April 10 and is the first of four Marvel character series headed exclusively to the Netflix service. But the latter's partnership with Disney (DIS -1.20%) goes much deeper than just those shows.

Beginning next year, Netflix becomes the exclusive streaming home for theatrical releases from Disney's biggest studios (Pixar, Marvel, LucasFilm, and Disney Animation). And these films will hit Netflix's servers during the "Pay 1" window, which means they'll be available for streaming just a few weeks after their box office runs.

Netflix had to pay up for that kind of premium access -- perhaps as much as $300 million. But executives think it's a worthwhile investment.

"That deal was more important to us than any other studio output deal could have been and maybe one of the few output deals that we pursue going forward because of the nature of that programming," Content Officer Ted Sarandos told investors in last week's quarterly conference call. 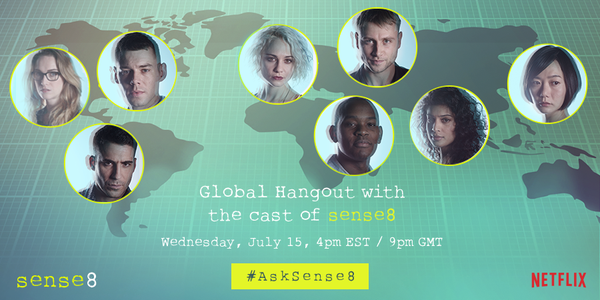 The thriller Sense8 began streaming in early June, and it's a good example of how Netflix's content plans are becoming more global. The show's international cast has helped it perform well in many of the streamer's 50 overseas markets. But Netflix executives see this success as just the beginning, which is why they are keen to complete their global expansion by the end of next year. Again, here's Sarandos from the conference call:

We've been so encouraged by the international success of all of our original programming and other proof points like seeing Jurassic World open number one in all 66 theatrical markets around the world. That [says] if you get the content mix right, you can build the demand for it around the world....It's a pretty exciting opportunity and we think there's a lot more.

Next up along those lines is Netflix's first non-English language original, Club de Cuervos, launching on August 7. That will be followed by Narcos, about the cocaine trade, which was shot in Colombia. That show begins streaming on August 28.

Netflix doesn't release ratings numbers but it's a good bet that Orange is the New Black is the service's most-watched original series. On the Sunday after season 3 went live last month, Netflix logged its biggest single day of content delivery yet, led by global consumption of Orange. Hastings pointed out in his quarterly shareholder letter that the record came despite hefty broadcast competition for TV watchers' attention, including the season finale of HBO's Game of Thrones and the fifth game of the NBA finals.

This show is the best evidence to date that Netflix can create content that appeals to a huge audience. But rival online video streamers including Hulu and Amazon have to be more concerned that each win at this scale makes it harder to slow Netflix down. Every hit show helps it gain stronger branding, more market share, and deeper knowledge of the global audience.

"You really want to think of us as just a learning machine in terms of the programming," Hastings said last week. "We get so much data about how people watch, how fast they watch, that it really propels our programming," he added.