Please ensure Javascript is enabled for purposes of website accessibility
Log In Help Join The Motley Fool
Free Article Join Over 1 Million Premium Members And Get More In-Depth Stock Guidance and Research
By Bradley Seth McNew – Aug 27, 2015 at 7:22AM

Shares of Disney are down roughly 20% since earnings were released in early August. The company has a lot more going for it than the segment containing ESPN.

Shares of The Walt Disney Co. (DIS -3.20%) have fallen roughly 20% since the Aug. 4 release of its Q3 earnings. Even though the company reported record profit, with EPS up 15% year over year, investors took one look at Disney's slowing profit growth within its media networks segment, Disney's largest segment, which makes up half of its total revenue, and started worrying about Disney's ability to continue growing in a changing media landscape.

The issues within the media networks segment and getting customers to subscribe to services such as ESPN as they increasingly opt for "cutting the cable cord" in favor of streaming services has affected nearly all media companies, not just Disney. However, Disney continues to have many areas of growth outside media networks that make it especially appealing as a long-term play.

Even if this Star Wars movie doesn't surpass Avatar's incredible $2.7 billion worldwide box-office haul, it will almost certainly be the biggest movie of the year and become one of the highest-grossing movies ever.

But other than its box-office success, Star Wars will also become an increasingly large part of Disney's future success, with new attractions at its theme parks, a new line of consumer-products materials, TV shows, licensed characters, and more. 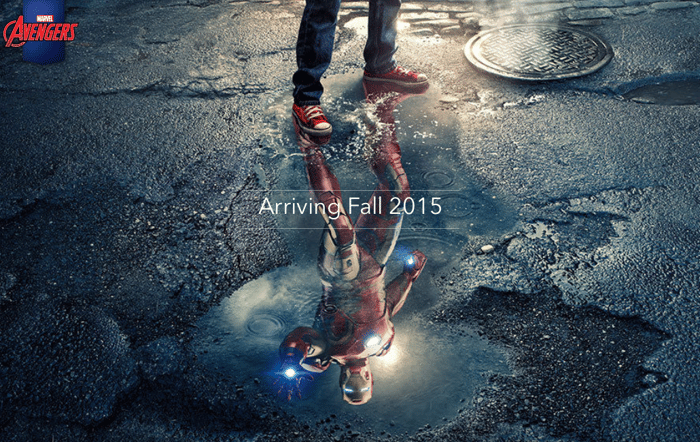 While Frozen products have led the way over much of the past two years, all of Disney's other franchises -- including Star Wars, Marvel, and the many Pixar and animated feature films -- will continue to lead the way for this segment in the future. Also, Disney announced during this quarter that it's working on what could be its biggest new consumer-products development: the "Playmation" line of toys and gadgets that allow users to experience the characters and stories with near-virtual-reality technology, such as interactive toys and wearables. 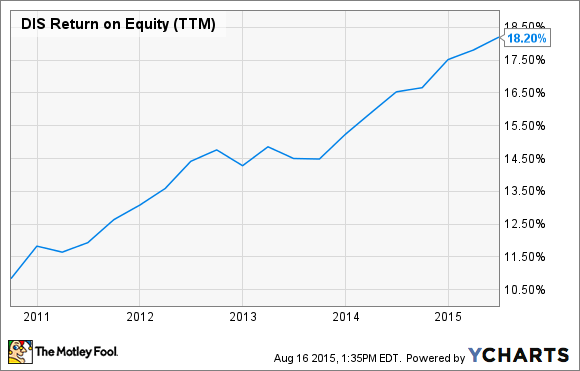 Disney looks stronger than ever
While media networks income erosion is definitely a threat to Disney's short-term growth, as this segment makes up about half of Disney's total revenue, the growth throughout the rest of the company in theme parks, movies, and consumer products is testament to how strong the total business is. Furthermore, the company's growing ROE is a good indicator of management's ability to continue increasing shareholder value. In all, Disney continues to look like an attractive long-term investment, especially at these lowered prices following the recent sell-off.

Bradley Seth McNew owns shares of Walt Disney. The Motley Fool owns and recommends Walt Disney. Try any of our Foolish newsletter services free for 30 days. We Fools may not all hold the same opinions, but we all believe that considering a diverse range of insights makes us better investors. The Motley Fool has a disclosure policy.