As Xiaomi continues its breakneck international expansion, investors must understand that the "Apple of China" and Apple itself are largely mirror images in the way they make money for their investors.

Although industry giants such as Samsung and Google deserve mention, iPhone originator Apple (AAPL 2.32%) is certainly the most dominant company in the global smartphone market.

However, with smartphone growth shifting toward emerging markets, another name has increasingly entered the discussion over the past 18 months -- Chinese smartphone power Xiaomi. In fact, Xiaomi is often called "The Apple of China,"  and the comparison fits, to a degree. However, despite their similarities, investors must understand that at a more fundamental economic level, Apple and Xiaomi are more like the yin to the other's yang. Put another way, Xiaomi is in many ways the anti-Apple. Here's why.

Apple and the "Apple of China"
Let's start with the primary similarities Apple and Xiaomi share. Here, perhaps their most defining shared traits are their design-intensive aesthetic and their powerful brands.

When it comes to producing their devices, both companies take a design-first approach that places a clear, observable emphasis on their respective devices' look and feel. Even the marketing for their phones looks startlingly similar at times. 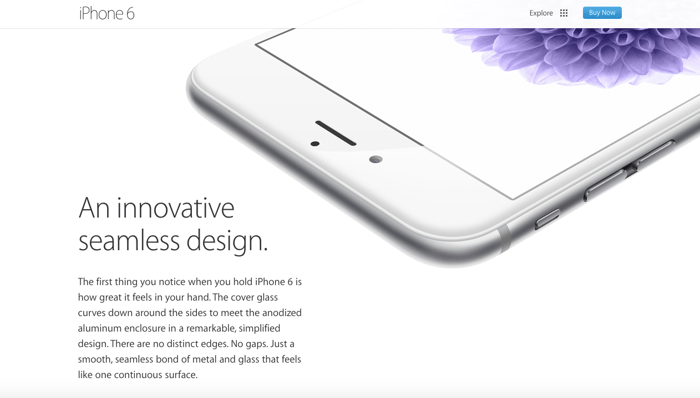 Beyond design, Apple and Xiaomi share impressive brand power. Both companies are able to inspire legions of loyal followers far beyond the scope of other prominent technology companies. Brand consultancy group Interbrand ranked Apple as the most valuable brand in the world in both 2013 and 2014 in its much-watched rankings. Its 2015 ranking has yet to emerge, but whether Xiaomi cracks its Top 100 brands list will prove to be an interesting subplot. However, rankings only matter so much and are a function of a company's ability to connect with and inspire users. Here, Apple and Xiaomi both excel to a huge degree.

Apple's rabid fans have shown the lengths to which they'll go to get their hands on a new device the day it hits the market. Similarly, Xiaomi has cultivated a base of ardent followers through its own adroit use of social-media marketing, aggressively promoted flash sales, active solicitation of customer feedback, and many other factors. In short, Xiaomi demonstrates an Apple-esque ability to resonate with its target audience. However, the way Apple and Xiaomi make money -- an investor's ultimate priority -- couldn't be more different.

The anti-Apple
Apple and Xiaomi make money in reverse fashion. While Apple generates virtually all of its profits by selling premium hardware at substantial profit margins, Xiaomi sells its smartphones roughly at cost, generating its profits by monetizing users in its ecosystem with a wide range of services, including games and mobile payments. The business model has worked remarkably well for Xiaomi thus far in China. According to CEO Lei Jun, Xiaomi expects services to account for $1 billion of the $16 billion of revenue it plans to generate in 2015. As of last year, it appears Xiaomi has been able to manage to scale its operations profitably. According to a 2014 document that The Wall Street Journal reported on, Xiaomi produced net income of $566 million.

However, as Xiaomi begins to expand beyond China's borders, it's unclear whether this quasi-razor-and-blades model will prove profitable on a global scale.

In maintaining its current cost structure, Xiaomi faces two primary problems. First, Xiaomi spends virtually nothing on marketing in China, where it largely uses its own social-media page to interact with consumers and promote its products. This approach works well in China, where consumers largely know its brand. However, as it attempts to steal share from popular incumbents such as Micromax and Samsung in key new markets such as India, Xiaomi has already begun paying for advertising. For reference, Apple spent $1.2 billion on advertising in 2014,  although it tends to purchase marquee placement for its ads. Other companies can advertise for less, but large global technology brands -- the kind Xiaomi aspires to become -- still spend meaningful amounts on product promotions. Something has to give.

Beyond advertising, Xiaomi will also probably see its cost structure evolve as the expenses associated with global distribution require. Last year, Xiaomi sold roughly 70% of its phones through its online store, allowing it to largely skirt the kind of wholesale pricing arrangements that could put downward pressure on the already thin margins at which it sells its handsets. However, in India, the majority of smartphones are purchased at brick-and-mortar retail stores. Retailers always require their own markup, so either Xiaomi will have to reduce the prices at which it sells its handsets to its large distribution partners in India or see the prices for its famously cheap smartphones drift upward. The latter seems more likely, but that could present challenges in new growth markets such as India, where price competition remains fierce among handset makers.

With a private market value of $46 billion, second only to Uber, Xiaomi isn't wanting for capital. However, sky-high expectations always accompany such lofty valuations. Nor does it lack for ambition, as Xiaomi and its investors claim that the company seeks to become China's first global consumer brand. Xiaomi has made tremendous progress in this vein in a short amount of time. So as the "Apple of China" ascends onto the global stage and heads toward trading publicly, investors must understand that the comparisons with the world's largest technology company largely fail to capture Xiaomi's true essence as a business.