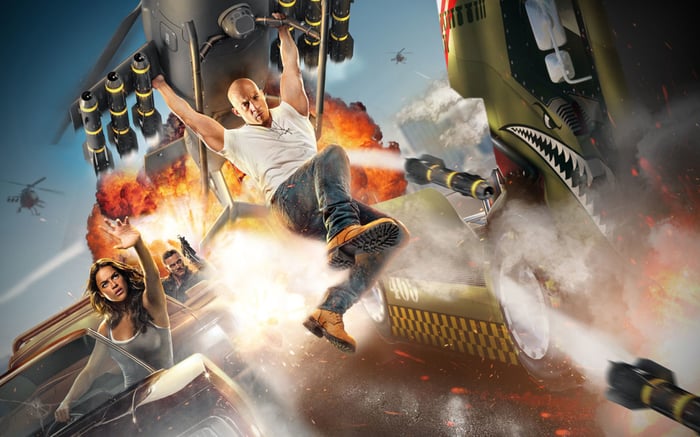 The race for theme-park supremacy in Central Florida has turned into an armchairs race. Universal Orlando -- Comcast's (NASDAQ: CMCSK) (CMCSA -1.15%) fast-growing theme-park resort -- announced on Monday that it would be adding more guest rooms to its Cabana Bay Beach Resort.

Cabana Bay, the fourth and largest of the on-site resorts at Universal Orlando, will expand with the addition of two more towers. There will be an additional 400 guest rooms when the expansion is complete in two years.

Two years may not seem like a lot of time, but between now and 2017 we'll see yet another hotel, the resort's first on-site water park, and major attraction additions to both of the property's gated theme parks.

Building out more guest rooms isn't a trade secret that's exclusive to Comcast's resort. Disney (DIS -0.76%) has more than 30,000 available rooms across its massive Disney World resort in Florida. Even Legoland Florida got into the fun by opening its own brick-themed inn earlier this year.

Resort hotels are a major part of a theme park's strategy these days. There are benefits to having a captive audience. Disney even offers complimentary shuttles to the airport for vacationers flying in, realizing that if you eliminate the need for a rental car you are likely to grab all of a tourist's spending money.

Universal waited until it opened Islands of Adventure, its second theme park in Orlando, before opening hotels. Rather than going it alone it went with proven hospitality player Loews (L 2.23%) to manage the properties. Lowes watches of all four of the existing hotels, including the now-expanding Cabana Bay. Next year it will open the fifth on-site hotel, Sapphire Falls.

Something big is happening down by the bay... http://t.co/Ql4K863mbg pic.twitter.com/eQxOGaQF9T

Comcast's commitment to building out magnetic attractions and ramping up its lodging options is very Disney-like. In fact, it's been the better Disney lately if we go by attendance percentage growth in Florida over the past two years.

The resort's pull is still modest when compared to the House of Mouse. Comcast's two parks attracted a combined 16.4 million guests last year according to industry tracker Themed Entertainment Association, less than annual draw at Disney World's Magic Kingdom alone (Disney's combined attendance for its four parks last year was 51.5 million). However, Universal Orlando is growing faster, up 8% last year versus 3% for Disney World. The growth percentage gap should widen again this year, judging by the healthy double-digit growth that Comcast has been reporting through the first half of 2015.

Disney is starting to awaken out of its slumber. It realizes that Universal Orlando is killing it these days. It has some major park additions on the way, but the juiciest pieces of that expansion are likely at least a couple of years away. Universal Orlando will have 1,400 more rooms -- the 1,000 rooms at Sapphire Falls next year and the freshly announced 400 guests rooms being added to Cabana Bay -- by then. The arms race is an armchairs race, indeed.