The new personal assistant is being trained by humans to perform tough tasks. 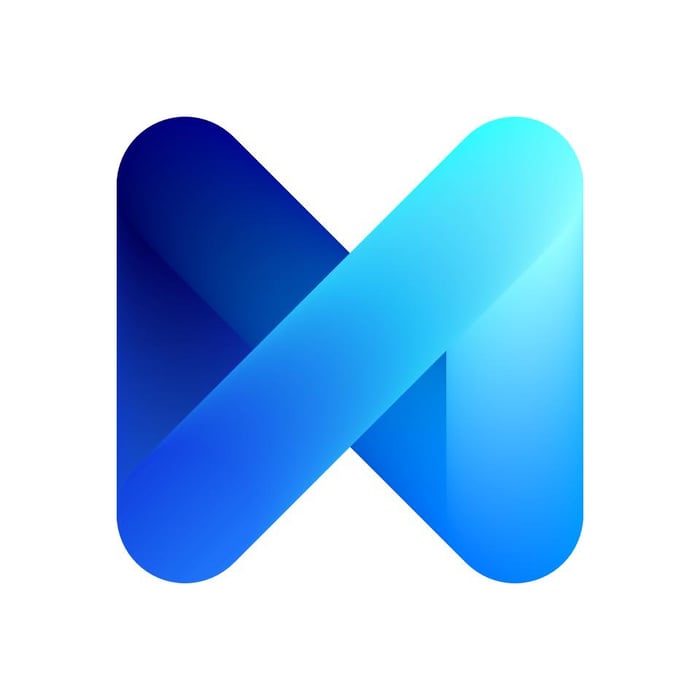 Artificial intelligence is becoming increasingly important to social networks. If Facebook (FB 1.18%) and Twitter (TWTR 2.68%) can understand more of what you're talking about, they can provide better content and target ads better. The same is true for Google (GOOG -1.29%) (GOOGL -1.34%), which collects tons of data from its search, email, maps, YouTube, and Google+ users.

It's no surprise that all three companies have invested heavily in acquiring and developing new artificial intelligence. Specifically, all three are interested in developing deep-learning algorithms, which produce better results as humans feed them more data and correct their mistakes.

With the pilot launch of M, Facebook's new virtual assistant built inside Messenger, Facebook has created a product designed to train an AI algorithm. The humans working alongside M are called "M trainers," indicating that their tasks will eventually be handed off to the artificial-intelligence algorithm powering the product. While M could help Facebook monetize Messenger down the road, it's also helping it develop some of the most advanced artificial intelligence to compete with Google and Twitter.

AI goes well beyond M
Earlier this year, Facebook acquired Wit.ai, a company specializing in natural language processing. Wit.ai's technology plays a big role with M, but Facebook can also use it to learn what people are saying in videos, or what users are writing in the comments. By implementing the same core technology in multiple areas with huge reach -- e.g., Newsfeed, M -- Facebook is able to improve the efficacy of the AI faster than just about any other company.

Understanding with whom you hang out (even if you don't tag them in your photos) and what you're talking about affects Facebook's Edgerank algorithm, which determines which items receive priority in your News Feed. It also affects which ads you see, with better targeted ads resulting in better conversions and more revenue for Facebook.

It could also be used by M to produce better suggestions for restaurants and products when you ask for recommendations. And if M is able to recognize that users are often asking for similar services from certain companies, Facebook can use that data to persuade companies to establish a larger presence on Messenger. That's something Facebook CEO Mark Zuckerberg says is the first step to monetizing the platform.

What others are doing
Google is about the only company with the scale to rival Facebook. The company acquired DeepMind early last year, and the team joined the Google Brain division. Google Brain's research is used to improve algorithms for YouTube video recommendations and Google+ photo searching. It also uses artificial intelligence for context-aware searches (e.g., "How hot is it?"), which also enables services such as Google Now.

Google is also working on natural language processing in a similar manner to Facebook. Earlier this summer, Google released a chatbot that's able to understand and formulate responses. It's really a proof of concept rather than a full-blown service like M, but its goal is similar: Get users to feed data to an artificial-intelligence algorithm in the hopes of providing it additional training. Google can feed this AI back into its own search engine and Google Now.

Twitter, meanwhile, is investing much more specifically in AI because of its limited budget. The company's machine-learning algorithms are focused on surfacing relevant content for features such as While You Were Away and Project Lightning. Earlier this year, the company acquired Whetlab, which specializes in artificial intelligence that builds artificial intelligence. Whetlab's AI can help train artificial-intelligence algorithms, and it can do it much faster than humans. This is a cost-effective measure, but it won't be able to compete with Facebook and Google.

What can Facebook do with better AI?
Facebook, of course, isn't confined to its existing businesses. Improved artificial-intelligence capabilities could enable Facebook to provide a search engine that competes with Google. Zuckerberg has mentioned that search is a product the company wants to develop further and potentially turn into a business. Facebook already has the audience, and if search results are good enough, it could provide a worthy competitor to Google.

The company can use natural language processing to understand what each Web page is about, what the searcher's intent is, and how it can use its personality data to provide personalized results. With its existing ad business in place, it wouldn't be difficult to turn into a very lucrative business. Google makes tens of billions from search ads alone every year.

In the meantime, M itself looks like a pretty handy search engine. The artificial intelligence is capable of answering questions and performing tasks with a limited scope similar to Siri or Cortana, and for bigger requests, humans are able to provide assistance. The feature could, in fact, pose an immediate threat to Google. But what Facebook does with the developments it makes in AI through M could be an even bigger threat.