The second-generation Fire TV could be a compelling alternative to the new Apple TV set-top box.

The online retailer could be preparing to refresh the device, perhaps launching a second-generation model in the coming weeks. Since its debut just over a year ago, the Fire TV has emerged as a compelling alternative to Apple's (AAPL 0.17%) streaming device, the Apple TV.

With the iPhone maker likely to unveil a new set-top box on Sept. 9, Amazon's hardware could provide an interesting alternative. 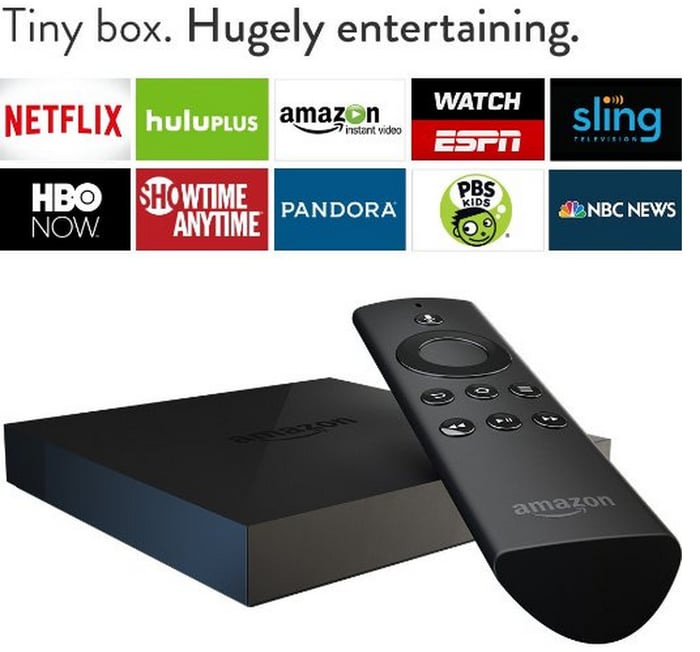 A history of selling out
It's not unreasonable to assume that a new Fire TV is coming. Released early in April 2014, the device is nearly 18 months old. Since it entered the hardware market, Amazon has refreshed its e-readers and tablets about annually -- the same could hold true for the Fire TV.

Amazon has a history of letting its devices run out of stock ahead of a refresh. In August 2012, the original Kindle Fire tablet disappeared from Amazon's website. A few weeks later, Amazon announced its successor, the Kindle Fire HD. In August 2013, the Kindle Paperwhite was no longer for sale. A few weeks later, the second-generation version was launched.

It could be an issue of inventory management, but given that it's been out of stock for several weeks, it seems far more likely that history is about to repeat itself.

Amazon has overtaken Apple in sales
If you exclude smart TVs and traditional video game consoles, the market for dedicated streaming devices in the U.S. is dominated by just four companies: Roku, Google, Amazon, and Apple.

According to a report from Parks Associates released last month, Roku's devices were the most popular in 2014, accounting for about 34% of the units sold last year. Google, with its low-cost Chromecast, came in second. Amazon came in third, and Apple with its aging, third-generation Apple TV, came in fourth place.

Amazon's share is particularly notable, given that it was the last of the four to enter the market. Moreover, it's the one offering a device that's closest in capabilities to Apple's rumored Apple TV refresh.

According to a report from 9to5Mac, the next-generation Apple TV will focus on gaming and Siri. It will connect to Apple's App store, offer an improved remote, and support voice-activated search. Its remote will double as a game controller, and third-party Bluetooth controllers will also be supported.

Roku has a channel store but not really an app store. Roku owners can play very low-level games like Tetris, but nothing even remotely close to a console video game -- Roku's flagship model, the Roku 3, doesn't support game controllers in any capacity.

Google has the Android TV platform. Android TV devices connect to Google Play, can run apps and games, and support controllers. But the platform has been only modestly received -- outside of Google's own somewhat poorly reviewed Nexus Player, only NVIDIA and Razer have released Android TV-powered set-top boxes. Almost all of Google's streaming market share has come from the Chromecast, which isn't really a true streaming device in and of itself. Rather, the Chromecast requires a paired smartphone, tablet, or PC to function.

Amazon's Fire TV is similar to Android TV -- with an app store, game controller support, and voice search -- but it uses Amazon's own app store rather than Google Play, and it's seen some consumer uptake.

Amazon's advantages
Amazon has a few advantages over Apple when it comes to the streaming market. Most notably, it actually owns content and services.

Amazon has its Prime Video service with its Amazon original series. Some, like Transparent, have been well-received. Amazon has its own game studio, and has released a handful of exclusive video games. Most of these have been ignored, but that could change. Last year, it purchased Double Helix Games -- a maker of more traditional console titles -- and popular video game streaming service Twitch.

Apple has none of this. That hasn't been a problem for the iPhone or iPad, but it could prove different in the realm of streaming TV. According to Variety, Apple is exploring the possibility of offering original content of its own, but at least initially, the new Apple TV will depend on others for its offerings.