Please ensure Javascript is enabled for purposes of website accessibility
Log In Help Join The Motley Fool
Free Article Join Over 1 Million Premium Members And Get More In-Depth Stock Guidance and Research
By Travis Hoium - Sep 10, 2015 at 11:35AM

Could Elon Musk's Hyperloop have inadvertently created a new model for startups?

Elon Musk is a busy man as CEO of Tesla Motors (TSLA 7.43%) and SpaceX, not to mention being Chairman of the Board of SolarCity (SCTY.DL). But his former pet project -- the Hyperloop -- also seems to be slowly getting off the ground, potentially changing the way we travel across the country.

What's fascinating about the Hyperloop is how it's funding itself and building operations. Instead of raising venture capital money and hiring engineers to design the product, Hyperloop is using crowd sourcing for engineering talent and crowd funding to pay for early operations, and potentially a prototype as well. This could revolutionize the way start-ups are formed. 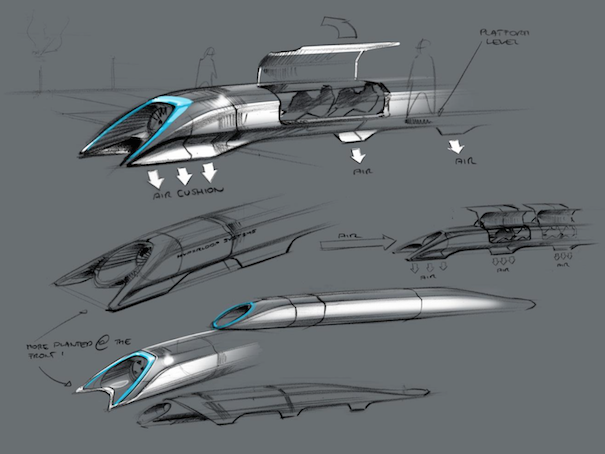 Could a concept like the Hyperloop be built with crowd-sourced talent? Image: SpaceX.

A passion project of grand proportions
The Hyperloop isn't something Musk can engineer himself; in fact, he's stepped back from the Hyperloop's development almost completely. Instead, he needs a big team to tackle the vacuum, energy, cost, and other challenges that Hyperloop could face.

The good thing is that there are thousands of people with a passion for an engineering challenge like this, some of whom are also willing to put time in if they get some of the potential reward if the project is built. That's where crowd sourcing can fill a void for Hyperloop and potentially provide a model for how to solve a problem entrepreneurs often face creating start-ups.

What Hyperloop is doing is using JumpStartFund to both offer stock options for those willing to put time into the project and gain funding. These are highly qualified engineers, who have jobs at places like NASA, Boeing, and even SpaceX, and just want to be part of something new without quitting a job with a steady paycheck. For their time, around 400 people are getting stock options in Hyperloop, hoping for a long-term payoff for their work.

This isn't too different from the incentives offered to skilled workers at start-ups, but it could transfer some control from venture capital firms, which control everything at start-ups they fund, to passionate workers who just want to be involved in great projects. When combined with crowd funding it could create a potent formula for new companies.

Crowd sourcing goes big
Hyperloop Transport Technologies, Inc, as one Hyperloop start-up using crowd sourcing is known, is now partnering with companies and individuals to support its efforts. Oerlikon has agreed to work on vacuum technology, while AECOM will provide engineering services. Both will be working on the project in an effort to build a 5-mile test track that's projected to begin construction in 2016. Even Elon Musk has offered up SpaceX resources for building a test track that will be used for a pod competition.

Hyperloop appears to be bringing together a large number of qualified people to develop its concept at a very low initial cost (mainly because the work is being done in people's spare time). The big question is: Can a concept like this succeed without a traditional business model?

A test in collaboration
The test for the Hyperloop may come when it's time to go from idea to reality. A traditionally funded company would have a venture firm making big decisions on where and when to build a prototype, how to fund it, what it would look like, etc. The Hyperloop has a large number of mostly detached engineers with day jobs who may not be able to have the kind of input they desire, despite having stock options in the company.

If the project does keep moving along, we could see an IPO of HyperLoop Transport Technologies as early as this year. That could put the test to the collaboration the company has built so far.

Is this a new model for start-ups?
Whether or not the Hyperloop becomes a reality, it's worth watching the way this start-up progresses given the use of crowd funding and how it's sourcing talent. Whether he intended to or not, Elon Musk may have created a new way to start businesses in a way that's beneficial to everyone. That could be more important than the success of the Hyperloop itself.

Editor's note: A previous version of this article referenced the chairman and co-founder of Hyperloop Technologies, not Hyperloop Transport Technologies. The Fool regrets the error.