Please ensure Javascript is enabled for purposes of website accessibility
Log In Help Join The Motley Fool
Free Article Join Over 1 Million Premium Members And Get More In-Depth Stock Guidance and Research
By Rich Smith - Sep 13, 2015 at 8:13AM

For nearly a decade, one company has dominated the business of sending satellites into space in the U.S. Now, that company may be for sale.

Created in 2005 as a joint venture between aerospace giants Boeing (BA -1.25%) and Lockheed Martin (LMT 2.64%), the United Launch Alliance has grown into a $492 million-a-year behemoth. According to Bloomberg, ULA ranks among NASA's top 10 contractors, winning $298 million in NASA contracts in 2013 alone.

And now, one of ULA's key suppliers wants to buy it.

The deal
As reported this week by The Wall Street Journal, rocket maker Aerojet Rocketdyne (AJRD 1.50%) has put in a bid to buy ULA from Boeing and Lockheed Martin. The bid, reportedly set at $2 billion, will be made in cash. If it succeeds, it will unite America's premier rocket-launch company with the country's premier manufacturer of the engines that power those rockets.

It would also, incidentally, be very bad news for one space-tech upstart.

What it means for Boeing and Lockheed Martin
The $492 million that Boeing and Lockheed took in last year sounds like a lot of money. There are, however, a couple of caveats that may make you rethink the ULA success story. For one thing, much of that money comes from ULA's monopoly over launching America's biggest and most secretive government and spy satellites. Yet ULA has struggled to make sales in the commercial space launch market, which it sees as its greatest prospect for growing sales.

Elon Musk's space-launch upstart has already underpriced ULA's rockets and is in the process of outperforming them technically. In what could well be a deathblow to ULA's monopoly over government launches, SpaceX also recently won certification to compete with the space giant on U.S. Air Force and "Category 2" NASA launches.

What it means for Aerojet Rocketdyne
All of these developments argue in favor of Boeing and Lockheed Martin making a calculated exit, stage left, from the space launch market -- before business gets any worse. But what could possibly explain Aerojet Rocketdyne's desire to pay $2 billion for ULA?

$2 billion is, after all, more than four times ULA's annual revenues -- revenues that seem destined to shrink as SpaceX horns in on the space business. And to put that in perspective, Lockheed Martin stock sells for just 1.4 times sales, while Boeing and Aerojet Rocketdyne shares both sell for less than 1.0 times sales.

Rocket-blocking Jeff Bezos
Last year, as you may have heard, United Launch Alliance announced a project to replace the Russian RD-180 engines currently used to power its Atlas V rockets with a new, cheaper, fuel-efficient engine-to-be-named-later. At last report, the BE-4 engine built by Amazon.com CEO Jeff Bezos' Blue Origin was the odds-on favorite to win this rocket contract. But just in case the BE-4 didn't perform to spec, ULA was keeping its options open and considering Aerojet Rocketdyne's AR-1 engine as a backup option.

A merger between Aerojet Rocketdyne and ULA, however, would obviously shift the calculus on the latter's decision to favor Blue Origin's engine. Regardless of capability, price, or performance, a merged AR/ULA would almost certainly choose to install AR-1 engines on its rockets instead.

And with billions of dollars of engine contracts on the line over the coming decades, that makes for a very strong argument in favor of Aerojet Rocketdyne buying ULA today. 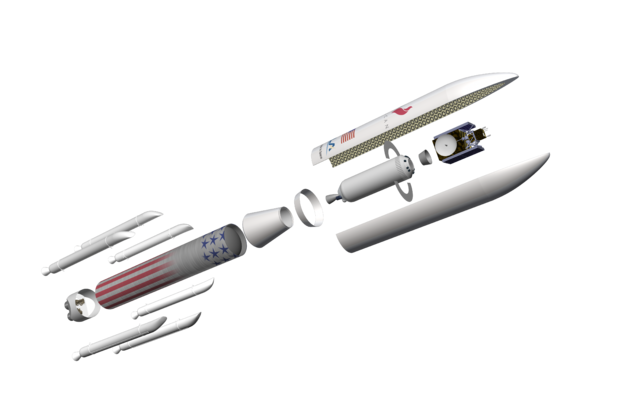