A look at prospects for three of the industrial giant's technologies.

Let's take a closer look at the early indicators of their success.

LEAP engine
General Electric continues to claim a 79% market share with the LEAP engine from CFM International (a joint venture between General Electric and Snecma), although that figure consists of a 100% share on Boeing's 737 MAX and a 55% share on the Airbus A320neo.

In a nutshell, the two planes are narrow-body models that are the workhorses of the commercial aviation industry. The aircraft maker's 737 MAX is intended to replace its 737 Next Generation family, and it already has 2,869 firm orders for the plane, with first delivery set for 2017. The company claims to be on schedule with the 737 MAX -- good news for General Electric.

A quick look at Boeing's orders versus International Air Transport Association estimates for airline profitability reveals a strong correlation, and given the current health of the commercial aviation industry, it's reasonable to expect good growth for the near term. As the following chart shows, airline profitability has increased notably in recent years. 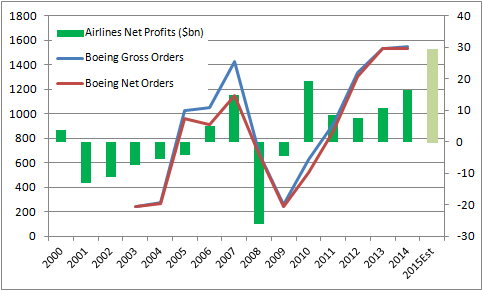 H-Class industrial gas turbine
According to its latest earnings presentation, GE has 15 H-turbines in backlog and 30 technical selections. It's a strong start for the new turbine, especially after the disappointing sales of its previous H-class turbine. (In case you're wondering, the letter H refers to an industry classification based on various operational metrics -- the H-class is the newest class.)

Thinking longer term, it's possible that General Electric could be a net beneficiary of sustained low energy prices. For example, low gas prices could lead to the replacement of coal-fired power plants with gas turbines. In addition, the regulatory environment isn't favorable for coal, so retiring coal-fired plants could be replaced by gas turbines. Throw in the increasing production of gas in the U.S., and you have a favorable environment for General Electric to expand its gas turbine sales. 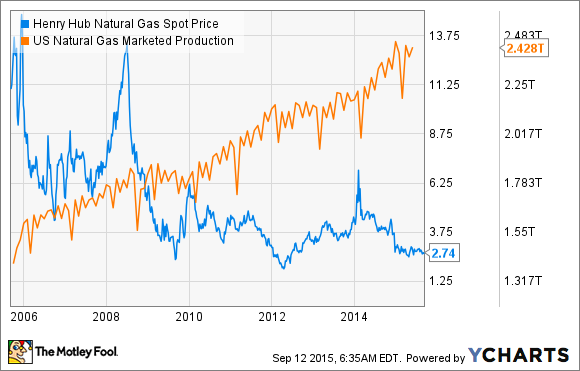 The Foolish takeaway
All told, the latest news on these three technologies is favorable, and the company is demonstrating that its transition to being an industrial-focused company is progressing well. The airline industry will always be tied to the economy at large, but the evidence is that airlines are becoming more profitable, and the LEAP engine is well positioned on the A320neo and 737 MAX.

Meanwhile, low gas prices could provide a positive catalyst to investment in the company's H-class turbines, while GE Transportation has demonstrated that it's at the cutting edge of locomotive development.

Ultimately, the company remains an industrial cyclical -- don't buy the stock if you are convinced the global economy is turning down -- but if current trends are maintained, then General Electric looks set to do well.