The new Apple TV won’t matter much to mainstream gamers.

Apple (AAPL -1.61%) recently unveiled the new Apple TV. The device, priced at $149 for the 32GB version and $199 for the 64GB one, includes a new remote with a touchpad and a microphone that works with Siri. The remote also doubles as a Wii-like motion controller to play games from the new app store.

We've seen these features before. Amazon's (AMZN -2.52%) Fire TV comes with a microphone for voice controls, while Android phones can be used as motion controllers on Chromecast.

Nonetheless, combining a dedicated app store for games and a motion controller convinced some analysts that the Apple TV could challenge traditional consoles like Sony's (SONY -2.19%) PS4, Microsoft's (MSFT -1.15%) Xbox One, and Nintendo's Wii U. But on closer inspection, it becomes painfully clear that the Apple TV doesn't stand a chance against those premium consoles.

Earlier this year, Apple CEO Tim Cook stated that 25 million Apple TVs had been sold since its introduction in 2007. Between April 2014 and January 2015, it sold around 5 million units. By comparison, Apple sold 169 million iPhones and 68 million iPads last year. For iOS developers, the choice between developing games for the new Apple TV or the iPhone and iPad should be fairly obvious.

During its presentation, Apple announced that Disney (DIS -1.49%) Interactive and Activision Blizzard (ATVI -0.50%) would launch Infinity 3.0 and Guitar Hero (respectively) for the Apple TV. That's hardly impressive, since Infinity 3.0 has already been released for Windows, iOS, Android, and all major consoles. Guitar Hero is a dusty franchise which Activision previously suspended but recently rebooted. An exclusive title for the Apple TV, Harmonix's Beats Sports, looks like an outdated clone of Wii Sports. 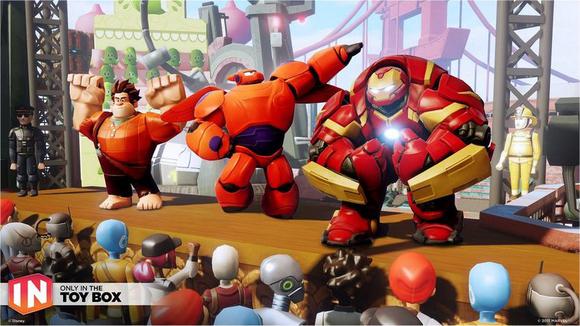 It's been done before, badly
Apple isn't the first company to launch games on a set-top streaming device. Two years ago, Ouya launched the first Android gaming console for $99, but the device flopped after a lukewarm reception. Since then, other Android consoles -- including the Nexus Player, Razer's Forge TV, and Amazon's Fire TV -- tried to capture the same market by repackaging Android games for living rooms.

All these devices shared common problems. Only a limited number of Android games were controller-based, while most were designed for touch screens. Some well-known publishers half-heartedly ported old games to these consoles, which turned the devices into the "poor man's" PS4 or Xbox One. The same problems could easily trip up Apple's gaming ambitions.

The odd thing about Apple TV's tvOS is that apps will be limited to 200MB. Any additional data beyond that will be streamed from iCloud instead of remaining on the 32GB or 64GB hard drives. It's unclear how this restriction will affect loading times, but it's an odd design choice considering how large the hard drives are.

The 200MB limit indicates that the Apple TV can never seriously compete against the PS4 and Xbox One in "triple A" gaming. Considering that top-tier console games easily exceed 40GB per download, it's unlikely that the Apple TV will offer gamers anything beyond casual games.

A missed opportunity?
In my opinion, Apple TV's voice control and motion gaming capabilities don't justify its higher price tag. It basically combines features of the original Wii with Amazon's Fire TV, yet lacks the focus of either device.

If Apple had partnered with (or bought) a major publisher to create exclusive games for the device, the launch could have been impressive. But as it stands, most serious gamers will likely keep playing games on PCs or dedicated consoles, while casual games will probably stick to smartphones or tablets instead. Apple TV games will simply be an interesting distraction for customers primarily using the device to stream media.