Please ensure Javascript is enabled for purposes of website accessibility
Log In Help Join The Motley Fool
Free Article Join Over 1 Million Premium Members And Get More In-Depth Stock Guidance and Research
By Travis Hoium - Sep 20, 2015 at 8:45AM

Killing U.S. shale oil may have been harder than OPEC hoped, but there are signs the strategy is winning.

It seems like no matter whether oil prices are going up or down, the media cycle is six months behind the curve. A year ago, when oil prices started to plummet, it was widely thought that prices would surge before we knew it and the U.S. oil boom would be back to its high-growth pace.

It wasn't until the last few months that industry observers are starting to realize that low oil prices may be here to stay and now there are some predicting $20 oil. A big reason is the pressure OPEC is putting on U.S. oil producers. Here's why OPEC may be winning over these companies and why oil prices may not stay low forever: 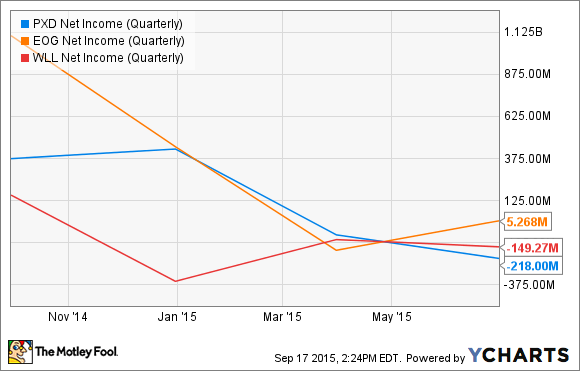 Shale oil is in trouble
U.S. shale producers have put on a brave face as oil prices have fallen, but we're starting to see the effects of low prices on operations. A lot of the production companies likePioneer, EOG, and Whiting produced late in 2014 and early in 2015 was hedged, meaning they hadn't yet felt the effect of low oil prices.

That's changing now and falling net income is just one indication that oil prices are having a big impact on them. Another worrying trend is free cash flow. Despite slashing capital budgets in 2015, each of these companies has had negative free cash flow the last two quarters. That means they'll have to add debt to fund operations, debt that's becoming harder to get for low- or no-margin oil producers. 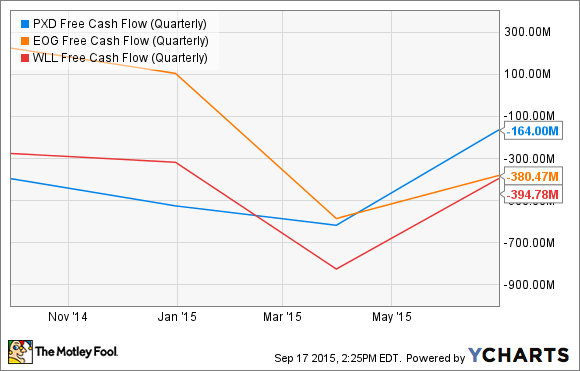 While OPEC can continue to sell oil at prices around $40 for a barrel of oil if it chooses, U.S. companies have shareholders and bondholders to answer to and won't be able to maintain operations at that price forever. We're starting to see a trickle of bankruptcies in the oil industry but with oil prices this low and higher price hedges wearing off that trickle could turn into a flood. It's going to take time, but OPEC looks like it's beating U.S. shale right now.

OPEC is keeping its foot on the gas
What's happening is that OPEC continues to slowly ratchet up production to keep pressure on U.S. suppliers. They know that companies could put off drilling for a few months and then simply restart if prices recover, so they need to keep the pressure up long enough to kill some of the weakest companies and make investors worry that they could do it again if production starts up too fast.

Considering the financial trouble U.S. oil producers are in and the fact that it'll likely get worse if oil remains as low as it is today, OPEC has an incentive to keep its foot on the gas. It may be able to let off and let oil prices rise in a year or two, but by then, it could break a lot of the U.S. shale business.

Why future prices are stuck in a rut
If OPEC is right and the shale business is starting to crack, why wouldn't the futures market be indicating a future rise in oil prices? After all, if oil prices are going to rise in the next few years you would expect traders to be betting that way... right?

The answer can partly be explained by the mechanics of the futures market. There are limits to how high oil prices can go in the future or oil traders would just buy oil today and literally store it for months or years and lock in prices they could sell it for in the future. It's almost a risk free trade and according to a recent article from Bloomberg that's already starting to happen.

Even if U.S. shale producers do start cutting production significantly in 2016 and beyond, demand for oil increases, and OPEC cuts back production to bolster prices it could cause a sharp rise in oil prices in the next few years. But there are limits to how much futures markets will show that market reality.

OPEC is winning, but it'll take time for oil prices to jump
Current data looks like the pressure OPEC has put on U.S. shale producers is working. Most companies can't make money with oil as low as $50 per barrel, but it'll also take time to squeeze those players out of the market.

In the meantime, OPEC will keep the pressure on oil markets in hopes of permanently shutting down some of the drilling that was taking market share from them in the first place. It'll take time, but by 2017 I think we'll see oil at $70 per barrel or more and OPEC will be the big beneficiary.