Please ensure Javascript is enabled for purposes of website accessibility
Log In Help Join The Motley Fool
Free Article Join Over 1 Million Premium Members And Get More In-Depth Stock Guidance and Research
By Tyler Crowe - Sep 23, 2015 at 8:05AM

Owning shares of ExxonMobil (XOM 0.60%) have historically been a great way to build wealth over the long term. Even with the recent slide, over the past 20 years Exxon's total return value -- share price plus dividends -- has soundly the S&P 500's total return. 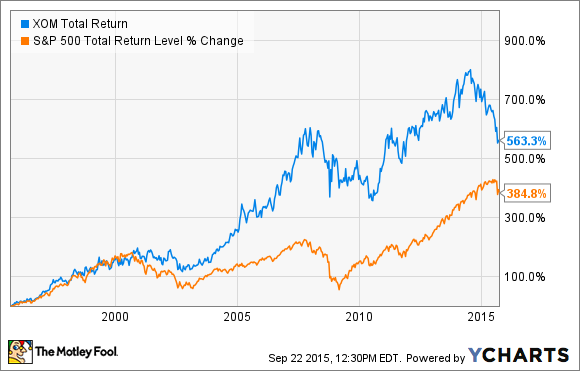 One challenge for investors in this company, though, is that it's a massive company with assets in every part of the value chain in oil. It may be a great way to generate these returns, but it makes it exceedingly difficult to understand.

Here's the nice part: There are a few items that you can pay particular attention to that will give you a pretty good picture of how the company is doing without getting to deep in the weeds. Let's take a look at three ways you can quickly understand the health of ExxonMobil.

Profitable production growth
One of the numbers investors latch onto when it comes to oil and gas companies is production growth. Problem is, this may not be the best way of looking at a company. The cost for producing a barrel of oil isn't always worth the expenditures to develop and extract it. These kinds of production can be long-term capital killers.

The best way to see how it's bringing on new production at more profitable levels will be to watch its production levels and capital expenditures. According to ExxonMobil's analyst day presentation, 2015 capital budget was slated to come in around $34 billion and production was based on $55 per barrel of Brent. It's a little higher than current oil prices, but it's much lower than some of its peers. 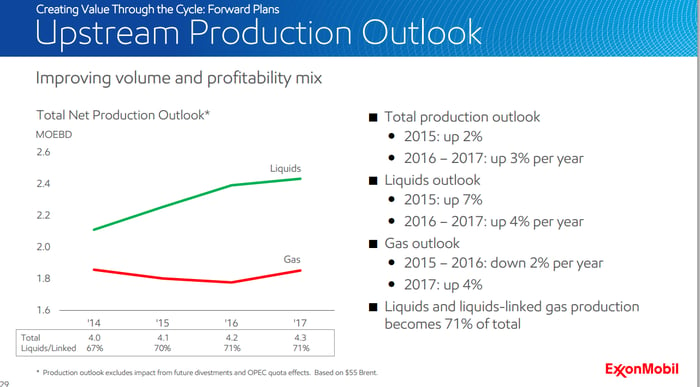 The real test will be how much the company can raise production to those levels while reducing the total capital spent. So far, ExxonMobil estimates that cost savings could reduce its 2015 target budget by 9%, but we'll have to see if those cost savings can be replicated in the coming quarters.

Free cash flow
As much as we like to look at earnings for a company, a more true test for a capital-intensive industry like oil is its ability to generate free cash flow. Oil companies can depreciate billions of dollars' worth of assets, which lowers reported profits -- and, more importantly, taxes. Depreciation, however, has no impact on the cash coming in and out the door. You can't fund the business with earnings. It takes free cash flow.

If you're an investor in ExxonMobil, this is where you need to pay close attention. Traditionally, free cash flow is defined as cash flow from operations minus capital expenditures. In the case of ExxonMobil, though, you need to consider a couple of other things: cash generated from asset sales and the cash going out the door for dividends and share repurchases.

Asset sales happen rather frequently with a company the size of ExxonMobil. They can shed older projects not generating as lucrative returns, or sell a stake in a new project to reduce the risk and costs of bringing it online. However, you don't want to see the cash from these sales represent the bulk of the company's cash-generating abilities, so be mindful of where the company's cash is coming from.

Also, you should consider the cash dedicated to shareholder returns.  The cash that's available to buy back stock and pay an ever=increasing dividend is extremely important to the value of ExxonMobil's shares, since the company isn't going to see huge growth in earnings on a year-to-year basis. Ideally, the company could cover its capital expenditures and dividend with operational cash flow and have some left over for share repurchases.

Recently, though, the company has been a little short on cash to cover all of these obligations. 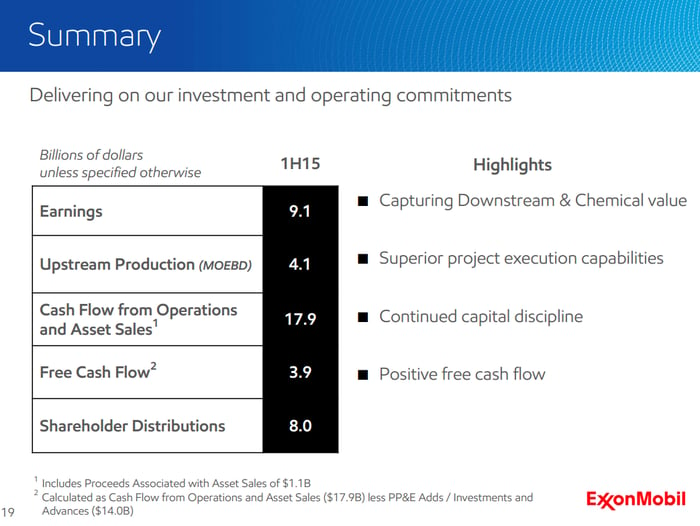 With $1.1 billion in asset sales, there has been enough cash to fund its capital budget, but not enough to cover its $6 billion in dividends and $2 billion in share repurchases. Considering where oil prices are today, this isn't a dire situation, but investors should definitely see how ExxonMobil can close that cash gap without compromising shareholder distributions too much.

Reserve replacement rate
ExxonMobil has plenty of oil and gas in its reserves to keep its production going for a while. Its most recent annual report states that it has more than 25 billion barrels of oil equivalent and an additional 65 billion barrel equivalents under review. Its proven reserves alone are enough to keep current production levels going for more than 15 years. 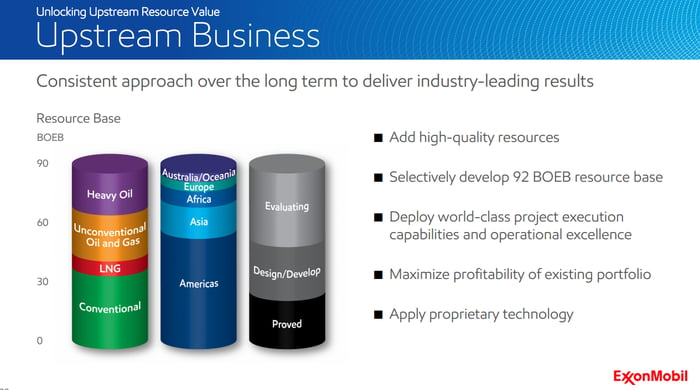 That being said, one thing that can take a back seat when times get tough is exploration and appraisal of new resources. The best way we can evaluate if this happens is by looking at the company's reserve replacement rate. It's the measure of how much oil and gas is added to proven reserves and how much is take away by production. Ideally, we would like to see 100% of production replaced by new reserve additions.

The reason this is so important is that it's a healthy gauge of what will probably happen in the coming years. If the company can't adequately replace reserves, it may be forced to spend more money on development and therefore lower returns several years in the future.

What a Fool believes
Today's downturn in oil and gas prices probably isn't enough of a reason to think that ExxonMobil is in any sort of trouble. It has plenty of financial and operational strengths to weather this storm and potentially be a stronger company on the other side of the cycle. If you want to keep an eye on the short- and long-term health of the company, though, profitable production growth, free cash flow, and reserve replacement rates are three key areas you'll want to keep an eye on.