Will the Internet of Things make cities smarter, or just more confused? 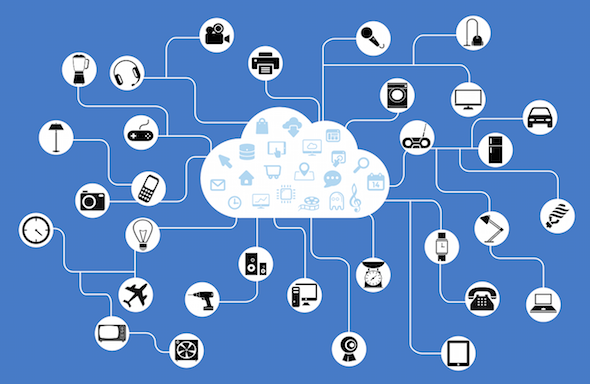 How do you effectively manage a city with millions of people and millions of challenges to overcome every day?

More and more, cities are turning to smarter devices and networks to help them run infrastructure more effectively, potentially improving lives and lowering costs at the same time. This is made possible through what is commonly known as the Internet of Things, or IoT, dynamically connecting devices and control centers that get things done at speeds we've never seen before.

If used correctly, these connected devices could cause the next industrial revolution and create a trillion-dollar opportunity for investors. But it's a complex undertaking that some cities and companies will get right and others won't.

Where the Internet of Things will touch America's cities
We're still fairly early on in the development of the IoT. According to Navigant Research, the market for smart city technologies was only $8.8 billion in 2014, but that's expected to grow to $27.5 billion as soon as 2023.

Where are you going to see these connections affecting your life? Here are a few examples of where cities are looking for more data and smarter systems to make improvements:

The sheer size of the IoT opportunity is astounding. Cisco Systems (CSCO 0.75%) and Juniper Research estimate that by 2020, there will be 40 billion to 50 billion connected devices roaming the streets.

What's amazing is that the opportunities we can easily see in front of us are just scratching the surface of where smart cities and the Internet of Things can take us. This will lead to a new wave of innovation both in the U.S. and abroad.

The next great wave of innovation
It's not hard to see how today's infrastructure could be more connected and efficient in the future. But the bigger opportunity may be in new innovations that haven't yet seen the light of day.

Dynamic roads that can sense road conditions and traffic, a smart electric grid that stores and deploys energy on demand, and public transportation that adapts to the needs of its customers are just a few ideas in the works.

For investors, instead of betting on individual products, I think the way to play the boom in IoT devices is through platform companies, wireless providers, and chipmakers.

Cisco Systems and Oracle (ORCL 0.21%) have made big investments in building the platforms needed to understand data from connected devices and turn it into actionable items. This isn't dissimilar to what they do for companies with enterprise level software used across multiple business functions, and it's a critical role in the IoT. Without a way to collect and understand data, what good would it do?

Chipmakers are seeing a huge growth opportunity as well, and integrated devices that can connect to wireless networks are going to see a surge in demand. After missing out on most of the smartphone wave, Intel (INTC 1.31%) is putting its weight behind the IoT, and investments it has made in systems on a chip and a smaller architecture than competitors' products could start to pay off in this industry. You won't see "Intel Inside" on the devices it powers, but that doesn't make the company's role any less important.

Connecting all of these components is a network, which is why Verizon (VZ -0.15%) and AT&T (T -2.06%) are trying to become integral pieces of the connected city. If they're successful, they could generate billions in revenue from connected devices around the world and play a central role in making the world smarter.

The leg up landline and wireless network providers have over other parts of the industry is that the infrastructure is already in place. They've spent billions of dollars building out their networks, and this is a high value way to use them.

Connected isn't always better
Having more connected devices in the Internet of Things is great, but all of that data is only as good as the programs that use it. If this data isn't leveraged properly, it could just be a massive investment in sensors without a positive social output.

New York recently hired its first Chief Technology Officer, a role that may be increasingly important as cities incorporate smart devices and departments that may not easily talk to each other. It's a role that has become key in Corporate America as enterprise resource planning solutions have become more critical and more complex.

If done correctly, smart cities could be a positive revolution. If managed incorrectly, they could be a money drain from government budgets and companies.

The revolution is here
There's already an amazing amount of innovation taking place in smart devices. For investors like you and me, instead of betting on the next great connected device, I think the way to play the industry is through the companies building the networking capabilities that will make the Internet of Things possible. Cisco, Oracle, Intel, Verizon, and AT&T should get huge tailwinds from this next industrial revolution, and they're among a small number of companies that can bring the capabilities the industry needs.

Why AT&T Stock Eked out a Market Beat Today