It's no secret some stocks make much bigger swings than others. Here are three stocks that are some of the most volatile right now.

There are many ways to pick stocks and sometimes investors looking for big wins will search among stocks with a high volatility, meaning the stock price moves in outsized ways compared to the overall market. Many times, these companies are small players making big bets in their industry. But they can also be established companies whose stock price is highly influenced by the whims of investors or major cyclical factors.

In either case, one of the best ways to measure the volatility of a stock is to find its beta coefficient. This investing metric compares a company's individual stock price movement with that of a market benchmark, typically the S&P 500. If a company has a beta of 1, then its price moves (up or down) about as much as the benchmark it's being measured against. If it's lower than 1, then it moves less, and if it's higher than 1, it's stock price is more volatile. Specifically, a beta of 2 would mean the stock moves twice as much as its benchmark. 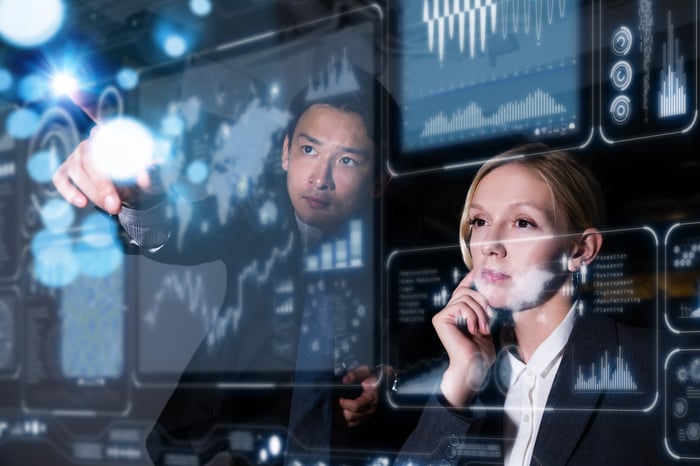 Keeping in mind that beta is just one metric, let's take a look at three stocks that have betas higher than 3, which places them firmly in the high-volatility category. 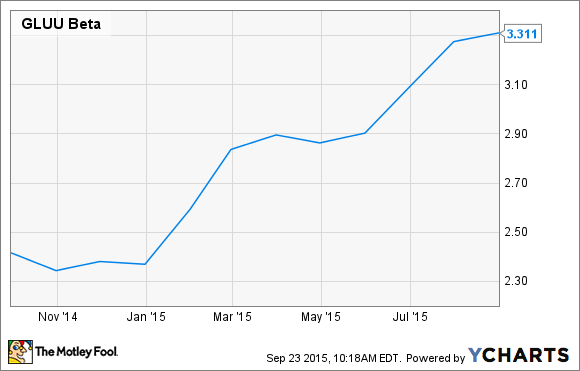 Glu Mobile is not for the faint of heart. This company was one of the early creators of mobile games, but that first-mover advantage turned against it in the wake of the global economic downturn.

The company managed to escape bankruptcy and it's been trying to climb its way back to the top ever since. The company's most recent claim to fame is the popular Kim Kardashian: Hollywood mobile game. People may scoff, butGlu's not ashamed of it, considering the game accounted for 31% of the company's Q2 2015 revenue.

Glu Mobile's stock swings are mainly due to mobile gaming companies having to churn out hit games over and over. The Kardashian game may be big now, but the company will have to constantly churn out new games to find more hits. That doesn't necessarily mean Glu is a bad investment, but rather that it's stock price is closely tied to the whims of fickle mobile gamers. 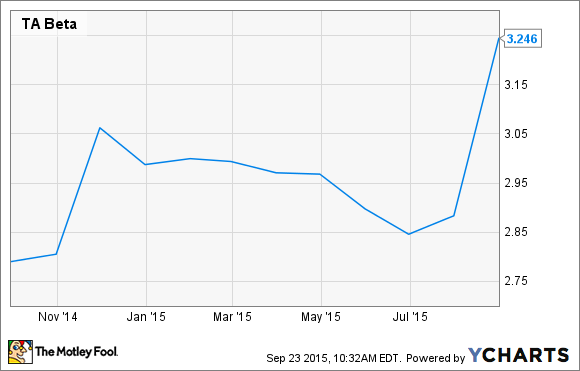 In the lucrative oil business there are many ways for investors to get in on the action. But for those looking for a gas station pure play, TravelCenters of America may be just the stock. The company owns 252 travel centers and 79 gas stations throughout the U.S. and Canada -- and when it comes to volatility, you'll certainly have your fill.

But as we can all guess, oil prices aren't likely to remain low permanently, and once they start going back up TravelCenter's stock is likely to make some additional swings. 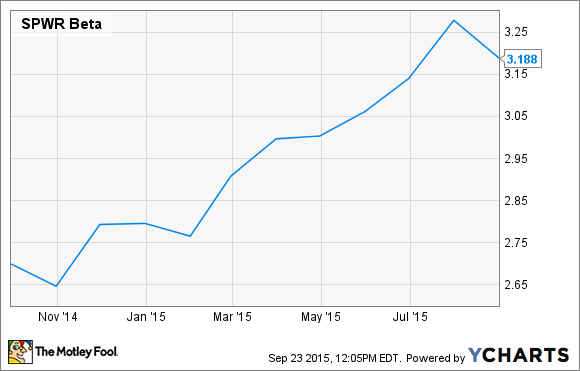 In 2015, perhaps one of the most volatile stock market segments has been solar stocks. Falling oil prices and rising debt loads have pushed down many solar stocks, and subsequently kept many of their beta coefficients very high. Take SunPower Corporation, for example. Its beta is at 3.18, and while that's extremely volatile, it doesn't necessarily mean it's a bad investment.

Sure, its stock is down more than 15% year to date, but SunPower also has some advantages over its competition. First off, its solar cell technology is more advanced than that of some of its competitors, resulting in more efficient energy usage. And second, the company has been much more conservative with its resources and is less reliant on new debt than most solar companies.

That doesn't mean the company's stock price won't experience some major swings, but it could help SunPower remain stronger as its competitors issue more debt for new projects.

Getting in on the volatility game
Always remember that if you're picking volatile stocks for your portfolio, you still need to keep the same principles in mind for picking any good stock: Think long-term investing, find companies with a real competitive advantage, dig into the company's financials, and evaluate how it's making and spending its money. And as with any other type of investing angle, don't base your decision on just one metric like beta.