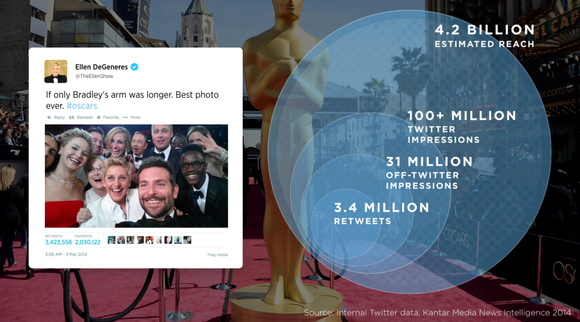 Twitter (TWTR 2.49%) stock has delivered dismal returns for investors lately. Shares of the short-message social network have lost over half of their value from their 2014 highs. On the other hand, a recent report from Wall Street is offering an optimistic view of the company and its potential, claiming that Twitter could rise by a powerful 45% in the coming year. Robert Peck, from SunTrust Robinson Humphrey, has recently published a bullish report on Twitter with a buy recommendation and price target of $38 per share.

Twitter's problem
Twitter has been plagued by disappointing user growth. While the company is still delivering attractive sales numbers, it needs to do much better on the user front.

Total sales during the second quarter of 2015 came in at $502 million, up 61% year-over-year. Excluding the impact of foreign exchange rates, revenue would have increased by an even more impressive 68%.

However, this was mostly achieved on the back of improving monetization, since user growth remains well below expectations. Excluding SMS Fast Followers, monthly active users came in at 304 million during the second quarter, a 12% year-over-year increase and only two million more users versus the first quarter. Even when including SMS Fast Followers, user growth is stagnant in the U.S. Twitter ended the last quarter with 66 million users in the country, an increase of 9% year-over-year and flat versus the first quarter.

Management is well aware of the fact that Twitter needs to improve in this crucial area, and the company is working on three key aspects to accelerate growth: better execution, providing a simpler user experience, and communicating the platform's value to users.

Twitter co-founder Jack Dorsey assumed the position as interim CEO after Dick Costolo stepped down in June. While Dorsey has not been holding the reins for too long, many analysts believe he may be just the right man for the job. In fact, accelerating innovation under Jack Dorsey is arguably the main reason SunTrust is so optimistic on the stock.

On leadership and innovation
According to management, nearly 500 million people visit the Twitter website or mobile app every month, but they don't log in. These are mostly users who access tweets embedded in websites or via email, among other channels.

Twitter recently updated its app for iOS 9, and the new version includes a new functionality called "universal links". This produces a more fluid experience in the platform when a user sees a specific tweet on a website or in an email, providing access to Twitter by clicking on the relevant tweet. These kinds of moves could accelerate user growth by attracting more people to the main site or mobile app.

Universal links is just a simple example proving how Twitter has plenty of alternatives to bring in more users and keep them engaged if management plays its cards well. One crucial initiative in that area is Project Lighting, which is aimed at providing more curated content in a simple and straightforward manner. While the details are still unknown, the main idea behind Project Lighting is driving value, simplicity, and ease of use to accelerate user growth.

In a nutshell, the main thesis behind the bullish outlook for Twitter stock from SunTrust Robinson Humphrey is that Jack Dorsey is the right CEO for the company and that Twitter will be able to jump start user growth thanks to a more dynamic focus on innovation. In its own words:

We think this is a prime example of the accelerated innovation under his leadership and exemplary of some of the "low hanging fruit" in front of the company if it can execute. Lastly, we think that the accelerated innovation is another reason why Jack Dorsey should be named permanent CEO. We continue to believe that this will be the case and that he has support of shareholders and employees.

Whether or not Twitter can jump to $38 in the mid-term still remains to be seen, but recent initiatives from management seem to be pointing in the right direction. If the company can deliver accelerating user growth, then Twitter stock offers massive upside potential from currently depressed prices.