The market has turned very bearish on this global logistics growth stock. 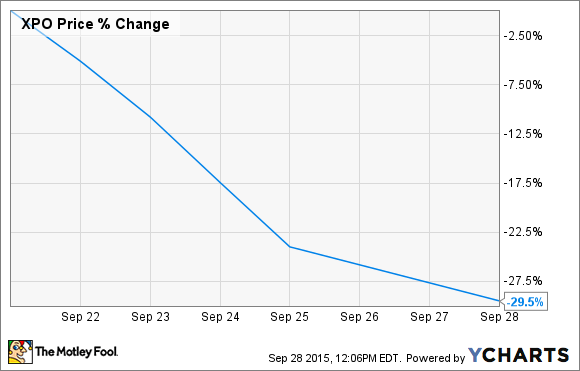 So what: In the past week, there's been essentially no news about XPO Logistics. The most recent material information was announced on Sept. 17, when the company reported that it was appointing Lance Robinson, a recent addition to the executive team with a long track record in accountancy, as the Global Chief Accounting Officer. This is a newly created position at the company, and an indication that it is likely to pursue further international merger and acquisition activity.

But back to what's going on with the stock: This is pure-and-simple investor sentiment that has built up momentum. Not only is there concern about the global economy -- especially fears of stalling Chinese growth -- weighing on the company's prospects, but XPO has taken on significant debt to fund its acquisitions so far this year: 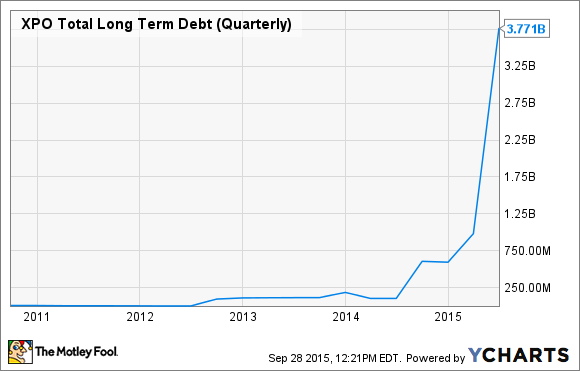 This has probably spooked a lot of investors who bought into the company largely based on the "asset-light" business model that it was built on -- a business that's quickly becoming a fully integrated shipping operator. By the time the Con-way deal closes, there could be another $3 billion in debt on the balance sheet above and beyond what you see in the chart above.

Now what: It's not just XPO Logistics that's getting hammered, as several of its competitors' stocks are down more than 25% over the past three to six months as well. However, XPO's stock is definitely taking the biggest beating: 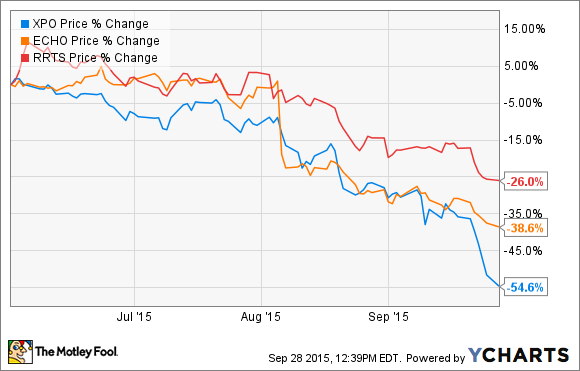 Yes, it's relatively understandable that some investors are getting spooked by what is essentially a fundamental shift in philosophy and strategy by CEO Brad Jacobs, away from a model heavily relying on third-party transporters and minimal debt, to a so-far aggressive move to grow through acquisition of actual shipping and trucking companies.

But that said, Jacobs has an incredible track record of success both at XPO and before that in other businesses based around logistics, and I wouldn't be surprised to look back in a few years and see that this short-term sell-off of the company's stock was a fantastic opportunity to buy.

It's possible XPO stock falls more from here in the short term, but a great growth company with an excellent manager is getting pretty cheap. It's probably a good time to buy.