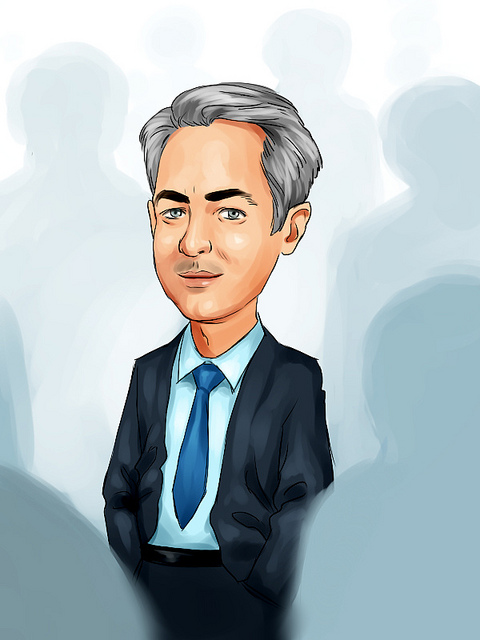 Even after the recent rout, shareholders have had a remarkable run under the leadership of J. Michael Pearson, a former McKinsey consultant. The following chart shows that Valeant's stock price performance has demolished that of the broad market and its industry (red and orange lines), and even left Netflix in its dust (which isn't comparable in any way, except as a growth company and the best-performing stock in the S&P 500 last year): 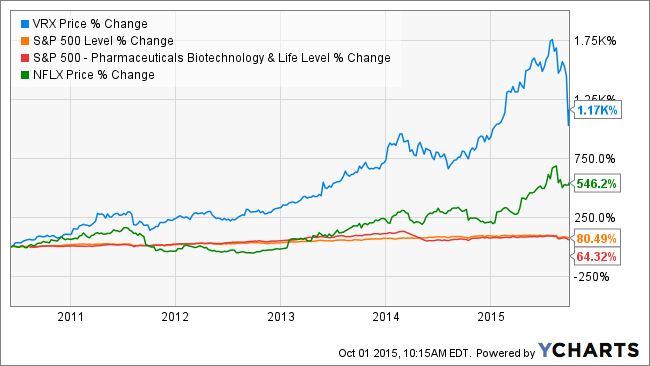 Unless you believe Valeant is an Enron-like house of cards (and there is no reason to believe it is), there is no question that Pearson has created enormous value on behalf of shareholders thus far into his tenure. But whether he can do so at the same pace over the next seven years is another matter altogether.

At the Ira Sohn investment conference in May, Bill Ackman pitched Valeant to his audience, comparing it to Warren Buffett's Berkshire Hathaway. Ackman called Valeant an underappreciated "platform," which he defines as "businesses managed by superior operators that execute value-enhancing acquisitions and shareholder-focused capital allocation."

He went on to explain that the stock market systematically undervalues platform companies because a traditional earnings multiple valuation does not account for "Platform Value." While earnings multiples are based on the earnings of the company's current asset base, they ignore the potential contribution of future acquisitions.

(It's true that the market often undervalues companies with a "platform," not because earnings multiples fail to account for earnings from future acquisitions per se, but rather because the market underestimates the value created through the combination of compounding and outstanding capital allocation.)

However, there is one respect in which Valeant is very different from Berkshire Hathaway: leverage. Valeant's acquisitions aren't funded internally, at least not wholly. In order to finance its acquisition-fueled growth, it's become one of the most heavily indebted companies in a global peer group of specialty pharmaceutical companies, according to data from Bloomberg. Under Mr. Pearson, the company has gone from having net cash on its balance sheet to a net debt-to-EBITDA ratio of 7.2.

With the Fed on the cusp of implementing its first rate rise and credit spreads expanding, it remains to be seen whether Valeant can satiate its hunger for growth in a rising rate environment.