Please ensure Javascript is enabled for purposes of website accessibility
Free Article Join Over 1 Million Premium Members And Get More In-Depth Stock Guidance and Research
By Jeremy Bowman - Oct 1, 2015 at 11:49AM

Not all is well in the Magic Kingdom these days.

Walt Disney Co( DIS 2.84% ) shares plummeted in August following comments from CEO Bob Iger in the company's second quarter earnings report noting that ESPN, the company's crown jewel, was losing subscribers. Disney shares dropped 9% in a single day of trading and more than 20% over the ensuing three week period, sliding alongside the market.

While Disney bulls like to point to the coming Star Wars movie and theme park openings as reasons to bet on the stock's recovery, it's hard to understate the importance of ESPN and its cable division in general. Its media networks contributed $7.3 billion in operating profit last year, or 56% of the total. Cable networks make up the vast majority of that sum, and ESPN is by far the most prized property on cable, commanding an affiliate fee of $6.55 per subscriber, more than double that of any other network, while its sister channels like ESPN 2 deliver a significant chunk of change as well. 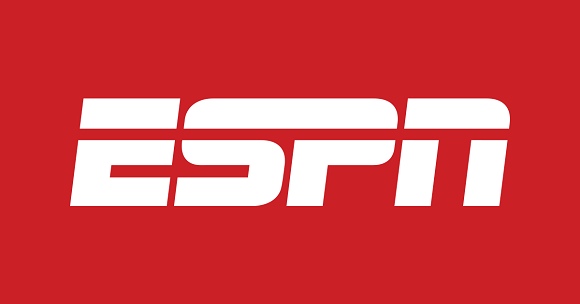 Last week, things took another turn for the worse at ESPN as the media conglomerate said it would cut 200 to 300 jobs. Disney has asked the sports network to trim its budget by $100 million next year and by $250 million in 2017 as it prepares to shell out for an NBA deal that will cost it and TNT $24 billion over nine years, nearly tripling the price they were paying previously.

Due to poor negotiations, ESPN has been paying four times the rate per NFL viewer compared to CBS, NBC, and FOX, and pays $1.9 billion to carry the 17 Monday Night Football games each season.

ESPN negotiated the contract in 2011 and holds the rights to Monday Night Football until 2021. The sports network also pays $700 million per year to show 90 Major League Baseball games and $470 million annually for college football's Bowl Championship series, putting ESPN's annual obligation for major sports in the ballpark of $5 billion.

A key strength of the network's model is that footage from the games it airs has a much longer life cycle than it would on a broadcast network like CBS. As a 24-hour sports network, ESPN recycles the game content throughout the day on SportsCenter and other programs, leveraging it across its range of multimedia properties.

With affiliate fees over $6 per subscriber and an attractive advertising platform, ESPN is still highly profitable, but the dynamics are changing.

Is a standalone service in the future?
This year has seen a breakaway from the cable ecosystem like never before. Popular premium channels like HBO and Showtime have launched their own over-the-top services, while Hulu and other streaming services have stepped up their content libraries.

ESPN, the most popular network on cable, would seem fully capable of breaking away from the herd like HBO and Showtime and offering its own standalone streaming service, but CEO Bob Iger said that isn't in the near future, though he did envision ESPN being available without a cable subscription in five years or more.

That's a money question for Disney. No doubt the company enjoys collecting from subscribers who aren't interested in sports, meaning a standalone service would likely cost more than today's $6.55 affiliate fee -- and also that the company will likely hold onto the cable relationship for as long as possible.

With its contractual commitments lasting into 2020 and beyond, ESPN has the content that sports fans want. It's not about to lose its crown overnight, but if cord cutting heats up, ESPN has the furthest of any network to fall. And Iger's hints regarding a direct streaming service indicate that would probably not be as profitable as its current arrangement.