Wall Street is hoping Gilead is gearing up for a major buyout soon. One Motley Fool thinks this scenario is both unlikely and unnecessary. Here's why.

After a brief summer spike, Gilead Sciences (GILD 0.89%) stock has given back most of its gains this year and continues to be seemingly locked into a long-term relationship with $100 a share. The problem is that Wall Street appears to be becoming increasingly convinced that the hepatitis C market has already hit its high-water mark, meaning that the biotech's top line could suffer soon. 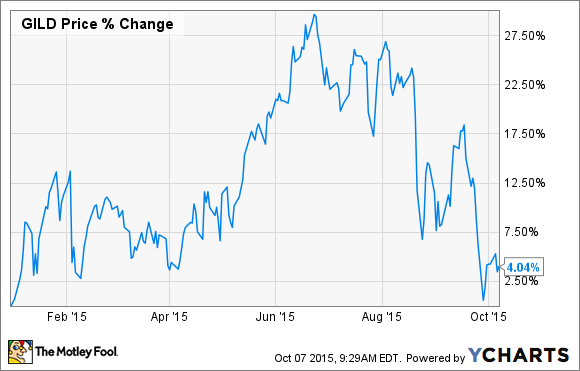