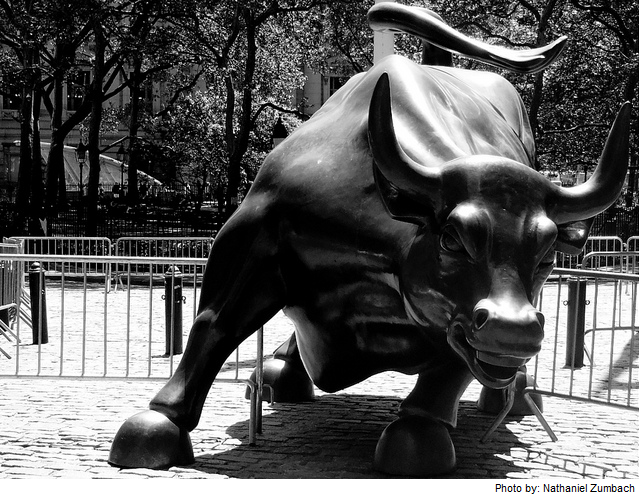 Even if you have zero interest in the stock, Blackstone Group's (NYSE:BX) conference calls can be a treasure trove. It's a way to see what some of the world's smartest investors are thinking about investment opportunities. This time, though, the most revealing commentary was on Blackstone's stock as an investment.

When an analyst asked about Blackstone's returns since its IPO, Blackstone CEO Steve Schwarzman opined that he thought its returns were actually quite good, given the company went public at a market peak in 2007. He also went on to project an $85 stock price in the next 10 years.

We will have very strong cash generation, and growth, over very long periods of time. I think Joan has explained repeatedly what we see as the bands for growth, with a 10-year model, with a stock price somewhere around -- you know, in terms of assumptions that we've used -- $85 stock price with another $25 to $30 of cash income. Now if that is not good enough for you then I can't help you, right? I just can't help you. I think we can easily do that, as my personal opinion.

That's a pretty bold forward-looking statement. Later, he joked that others in the conference room wanted him to refraining from making any more statements about the business.

Is it reasonable? Maybe. It requires a lot of things to go right, that much is certain.

When Blackstone pays its next $0.49 per share distribution in November, its trailing-12-month distribution will be $2.90 per share. Assuming this is the midpoint for its distribution, which is a huge assumption, it could distribute $29 per share over the next 10 years. Blackstone's distributable earnings are pretty volatile; it paid out just $0.52 per share for the entire year of 2012. Of course, that's picking an inconvenient low point following one of the worst-ever downturns.

The share price projection, though it seems outlandish at face value, really depends on Blackstone's ability to continue to grow its fee-earning assets under management. For what it's worth, fee-earning AUM grew at a 13% compounded rate over the last two years. Total AUM growth came in at 16%.

Continued growth at 13% per year would put Blackstone over $1 trillion in total assets under management by 2025, roughly 3.4 times what it is today. If that translates into the share price, you can easily get to $85 per share for Blackstone.

Making 10-year projections is inherently difficult, especially for a private equity company. In the next 10 years, we'll assuredly go through another recession, Blackstone's favorable tax treatment may be reversed by legislation, and fees may come down as limited partners push back. But that Schwarzman thinks his company could triple its investor's wealth over the next 10 years is quite a reflection of his confidence in the business.