Amazon's (NASDAQ:AMZN) AWS (Amazon Web Services) is the established leader in cloud computing. The platform has 10 times the utilized capacity of its next 14 largest platform competitors combined, according to Gartner. Earlier this month, Amazon stated that AWS's annual run rate was $7.3 billion with an 81% annual growth rate, making it the fastest growing cloud computing as a service platform in the world. 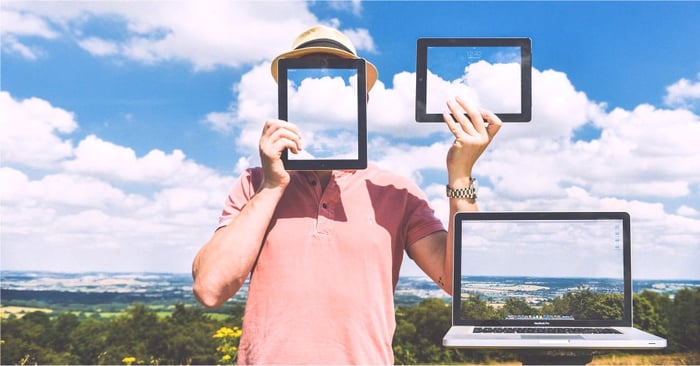 The daunting size and growth of AWS has made it tough for rivals to compete. However, a new report from Forrester Research suggests that Microsoft's (NASDAQ:MSFT) Azure is quickly catching up, with $1.58 billion in annual cloud platform revenues. By comparison, Forrester estimates that IBM's (NYSE:IBM) competitor, Bluemix, generates $600 million in annual cloud platform revenues, while Oracle's (NYSE:ORCL) comparable platform, Oracle Cloud, generated $681 million.

Let's take a closer look at Azure's growth and what it means for Microsoft's future.

The business of cloud platforms
Cloud platforms like AWS, Azure, and Bluemix are considered both PaaS (platform as a service) and IaaS (infrastructure as a service) platforms. PaaS solutions provide developers with a cloud-based framework for creating apps, and they allow IT administrators to remotely manage computing infrastructure. IaaS solutions let customers tap computing services, like storage and processing power, from cloud-based virtual data centers.

Yet demand for cloud platforms like AWS, Azure, and Bluemix is rapidly rising. Goldman Sachs expects cloud platform spending to grow at an compound annual rate of 30% between 2013 to 2018, compared to just 5% growth in overall IT spending. That's why "mature" tech giants like Microsoft, IBM, and Oracle are all counting on cloud platform growth to offset slower growth in its older business units.

Why is Azure outgrowing its rivals?
Microsoft has three core strengths in the cloud platform race: a dominant operating system, a CEO who prioritizes cloud ecosystem expansion over short-term revenue growth, and the ability to counter most of AWS's services.

89% of PCs worldwide run on different versions of Windows, according to Net Market Share's September numbers. Most business customers who already run Windows will likely upgrade to Windows 10, which already has a market share of nearly 7%. Windows 10 is tightly integrated into Azure, which serves as a backend for many of its services. Azure Backup seamlessly backs up Windows 10 machines to the cloud. Businesses can monitor personal Windows devices on an enterprise network with Azure Active Directory, while SaaS solutions like Office 365 sync their data to Azure.

Many companies already dependent on Windows software use Azure simply because it's the default choice. In a survey, Gartner found that 64% of enterprises choose Azure because of their pre-existing relationship with Microsoft. That's a core strength IBM and Oracle notably lack.

Earlier this year, CEO Satya Nadella declared that Microsoft's annual cloud revenues will more than double to $20 billion by 2018. While much of that growth will be driven by Office 365 and Dynamics CRM, Azure is expected to become a third pillar of growth thanks to enterprise demand. That growth will enable Microsoft to depend more on subscription-based revenues instead of hit-and-miss revenues from OS and software upgrades.

But will Azure ever catch up to AWS?
Amazon still enjoys a big lead in cloud platform revenue, but Microsoft has a lot of momentum. As more enterprise customers upgrade to Windows 10 and become tethered to Azure as an all-in-one backend, Microsoft could start closing the gap with AWS. If that happens, Microsoft could easily hit Nadella's target of $20 billion and usher in a new era of cloud-based growth.

Microsoft Corporation Is Catching Up to Amazon.com Inc in the Cloud @themotleyfool #stocks $AMZN $MSFT $ORCL $GS $IT $IBM Next Article
Current