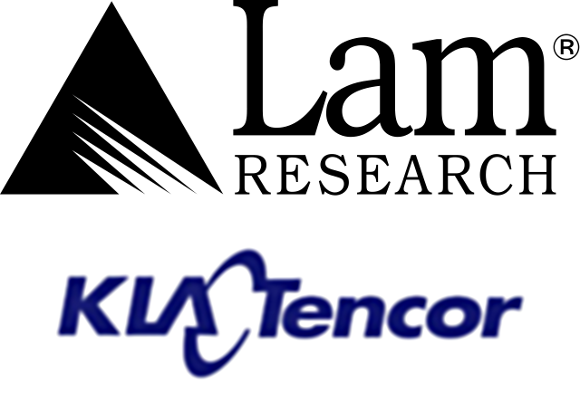 What: Shares of Lam Research (NASDAQ:LRCX) rose as much as 10.5% on Wednesday and KLA-Tencor (NASDAQ:KLAC) investors saw their stock make a 25% jump. The two moves share the same catalyst, as Lam is buying KLA-Tencor in a blockbuster $10.6 billion deal.

So what: Lam's offer of $32 per KLA-Tencor share comes in a combination of cash and stock, so the final price tag will move along with Lam's share prices. The deal has been approved by the boards of both companies, awaiting approval from shareholders and the usual regulatory bodies. If all goes as planned, the merger should close in the summer of 2016.

It's rare to see both partners in a freshly announced merger move up on the news, but that's exactly what happened here.

Now what: The proposed pairing may be structured as a buyout of KLA-Tencor but is more of a merger of equals: The two market caps stand just 14% apart, though Lam's sales are about twice the size of KLA-Tencor's revenue streams.

The new company plans to stick with the Lam Research name and ticker, adopting Lam Research CEO Martin Anstice as its first CEO.

Lam's semiconductor manufacturing technology is envisioned pairing up with KLA-Tencor's chip inspection and testing platforms for a top-to-bottom infrastructure play. The chip market itself has seen several merger announcement recently, and it only makes sense to start consolidating the next link of the industry's food chain as well.

So this was not a move born of desperation, but rather two strong competitors joining forces at a strategically sensible point.