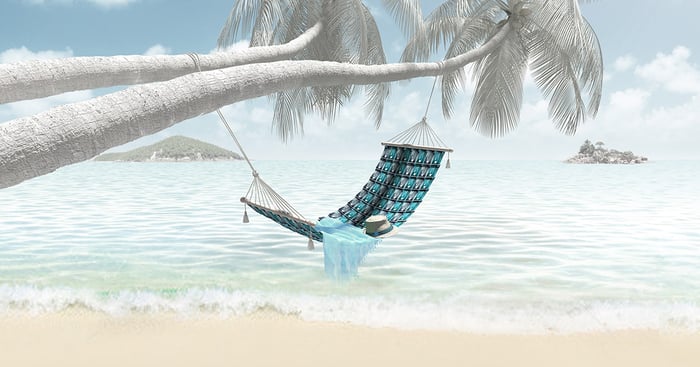 Card giant American Express (NYSE:AXP) has an impressive reputation within the industry for attracting a high-end clientele with solid credit credentials and plenty of spending power. Yet the past year has been full of challenges for American Express, as the company has had to navigate the loss of a key cobranding agreement with Costco Wholesale (NASDAQ:COST) as well as the impact of weak foreign currencies. Coming Wednesday afternoon's third-quarter financial report, AmEx investors were prepared for continued declines in both net income and revenue, but even those who knew the company was going through tough times were nevertheless surprised at the extent of the drops. Let's look more closely at American Express and its latest results to see what might lie ahead for the company for the rest of 2015 and beyond.

Another tough quarter for AmEx
Long-time shareholders in American Express have seen less-than-stellar results from the company before, but the third quarter's declines were particularly large. Revenue net of interest expense dropped 1.3% to $8.19 billion, failing to meet the roughly breakeven performance that most investors were looking to see. The bottom line was considerably uglier, with net income dropping more than 14% to $1.27 billion, working out to earnings of $1.24 per share. That was $0.07 per share less than the consensus forecast, and the double-digit percentage drop was unnerving to those who had expected a much more gradual decline.

American Express continued to suffer from the strength of the U.S. dollar. The card company said that from a currency-neutral perspective, adjusted revenue rose 3% from year-ago levels. Yet even after taking the dollar's declines into account, growth rates have been moderating, with this quarter's figure showing slower gains than the 5% rise in adjusted revenue in the second quarter. What AmEx called "modestly higher cardmember spending" and a growing lending portfolio combined to push organic sales higher.

The hits to net income showed up nearly across the board at AmEx's various segments. U.S. Card Services took an 11% hit to net income, as 5% growth in revenue was more than offset by a double-digit percentage increase in expenses resulting from higher spending on marketing and promotion as well as technology development. International Card Services saw net income fall by more than a third on an 11% drop in revenue, with much of those declines coming from currency impacts. Global Commercial Services also experienced a sizable 26% drop in net income, but as we saw last quarter, the Global Network and Merchant Services was the standout winner, with an 8% rise in net income despite declines in revenue.

American Express didn't seem surprised by some of the less encouraging numbers. "The quarter reflected the headwinds and challenges that we have been dealing with throughout this year," said CEO Kenneth Chenault, but "against the backdrop of a challenging environment and an uneven global economy, we continued to move forward with initiatives to build our business for the years ahead."

What's next for American Express?
A big part of that move forward is figuring out how to get new cardmembers. Chenault reminded investors that its relationship with Costco Wholesale will end next year, and so higher spending on marketing, incentives, and technology to attract customers to replace Costco cardholders will be an important way to keep AmEx's financial results from falling at a more precipitous rate. The recent addition of Sam's Club to its network could help as well, although American Express is also working to cater to smaller merchants as well to extend its reach.

Fortunately, one thing that American Express hasn't done is to sacrifice its emphasis on seeking high-quality credit histories among its customers. Writeoff rates have risen only slightly, with U.S. Card Services seeing 1.6% in write-offs while the International side has deteriorated to 2.2%. Past-due amounts have stayed roughly in line with year-ago levels as well, and write-offs on AmEx's loan portfolio have actually dropped.

Despite the card company's long track record, the initial reaction among traders was to send American Express downward, with the stock dropping more than 3% in the first hour of after-market trading following the announcement. American Express faces challenges that it hasn't had to deal with very often in the past, and how it performs now will go a long way toward determining whether it continues its long streak of growth or starts to fade away from its leadership role in the global card industry.